A place at the table: vegan fine dining is on the rise across Europe

Veganism is having something of a moment. Now, as more consumers ditch animal-based food products, high-end restaurants are seeking to capitalise on the culinary trend 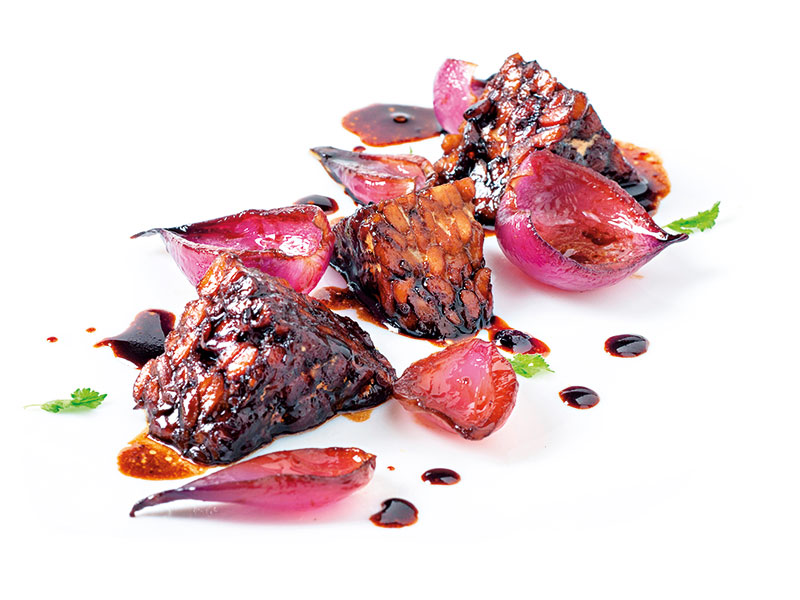 The past decade has seen an unprecedented shift towards plant-based diets, with consumers across Europe electing to reduce or eliminate animal products completely from their diets
Lifestyle

There’s a revolution afoot in Europe’s restaurant scene. The old traditions of wine pairings and starched white napkins are disappearing, replaced by sharing plates, avant-garde cocktail menus and so-called ‘bowl food’. Perhaps most astonishingly of all, meat, fish, eggs and dairy have disappeared from some menus altogether, replaced by innovative reimaginings of the most humble ingredients of all: vegetables.

While plant-based eating has been rising in popularity across Europe for some time, it had previously been confined to the launch of new supermarket products or the opening of low-key cafes. In recent years, however, the continent’s fine dining scene has started to experiment with vegan menus, elevating what was once a niche diet choice to a veritable culinary trend.

Sowing the seeds
The past decade has seen an unprecedented shift towards plant-based diets, with consumers across Europe electing to reduce or eliminate animal products completely from their diets. The sudden increase has been attributed to a perfect trifecta of factors: increased awareness of animal welfare, environmental concerns, and the personal health benefits associated with eating a plant-based diet.

Documentaries such as Cowspiracy: The Sustainability Secret and What The Health have raised veganism’s profile among consumers, while the rise of meat, fish and dairy-alternative products – now widely available in supermarkets across Europe – has facilitated the transition to vegan living. In fact, according to research from Mintel, one in 10 food products launched in Europe last year featured a vegan or ‘no animal ingredients’ claim – double the number present in 2015.

Europe’s fine dining scene has started to experiment with vegan menus, elevating what was once a niche diet choice to a veritable culinary trend

Germany has emerged as a leading light in the shift to plant-based eating, boasting an estimated 1.3 million vegans and nine million vegetarians in 2017. According to the World Preservation Foundation, a further 42 million German citizens identify as ‘flexitarians’ – those who eat a predominantly vegetarian diet and actively try to cut down on their meat consumption.

In bloom
Veganism has also become a transformative force in the fine dining sector, spearheaded by a cohort of young chefs on a mission to bring freshness into even the fustiest corners of the industry. One such chef is Joey O’Hare, whose training at the Ballymaloe Cookery School – an organic, biodynamic farm in Cork, Ireland – awakened an affinity for plant-based cooking that has defined her 15-year culinary career.

After appearing on the BBC show MasterChef: The Professionals in 2015, O’Hare founded a vegetable-centric supper club called Hare on the Hill, which delivers predominantly plant-based dishes to vegetarian, pescetarian, omnivorous and vegan diners. “[Hare on the Hill] pioneered a way of eating that fared… and nourished everybody equally well,” O’Hare told European CEO.

O’Hare said the supper club’s guests were often surprised that, having eaten a six-course tasting menu, they didn’t feel stuffed or bloated, as they often had after eating the meat-based equivalent. “It’s very low-hanging fruit to make something taste insanely delicious for the 10 minutes that you’re sitting in front of a plate, any chef worth [their] salt should be able to do that,” O’Hare said. “But what’s hard is making something that delivers the same sort of levels of satiation – of pleasure – and yet still nourishes your customer.”

This, O’Hare explained, is the benefit of plant-based fine dining, as it’s possible to create a delicious, aesthetically pleasing dish that also has the added benefit of being healthy: “I call it ‘flavour-first health food’ – the priority is that it tastes amazing and looks beautiful, and then the subtext is that the dish is made with primarily plant-based ingredients, so it won’t leave you feeling like you’ve eaten too much.”

Some established chefs have raised concerns in the past regarding the difficulty of incorporating complex flavours into plant-based dishes, and O’Hare acknowledged these concerns: “Anyone could put a chicken in the oven and, with the crispy skin and succulent flesh, it will create a very multi-layered flavour experience, which is much harder to replicate with just plants.”

However, it’s certainly not impossible to create multifaceted flavour profiles in vegan meals, so long as chefs think about the whole dish in unison. This, according to O’Hare, means “layering up textures with crispy toppings, or incorporating some seasoning and spices into your garnish”. She added: “You’ve also got to think [about] treating vegetables like meat, so giving them rubs and marinades, maybe basting them during cooking, perhaps roasting them rather than just blanching or steaming.”

A new leaf
O’Hare has even found that many of her culinary counterparts, who previously would have turned their noses up at vegetable-centric dining, are now embracing it. Two-star Michelin chef Alexis Gauthier, for example, announced in June 2018 that his restaurant, which previously served 20kg of foie gras per week, would become 100 percent vegan by 2020. “The pure creativity has to lie with veganism,” Gauthier said at the Restaurant Congress event in London.

This meteoric rise in the popularity of plant-based eating – and the new crop of restaurants emerging to cater for ethically aware diners – has also benefitted those who have practised a vegan diet for some time. Where previously they may have been shut out from the best fine-dining institutions, the introduction of new plant-based menus has allowed vegans to enjoy the cooking of some of the world’s greatest chefs without compromising on their diet choices.

Veganism has introduced a new level of inclusivity to an industry that has occasionally been criticised for its elitism, while also challenging chefs to exercise their creativity in new ways. More importantly, though, it has empowered an increasingly ethical and environmentally conscious population, giving individuals little reason not to embrace the latest culinary trend.