Brands are attempting to tap into the growing autonomous sensory meridian response phenomenon by incorporating relaxing sounds into their advertisements. But is this new style of marketing anything more than the latest gimmick? 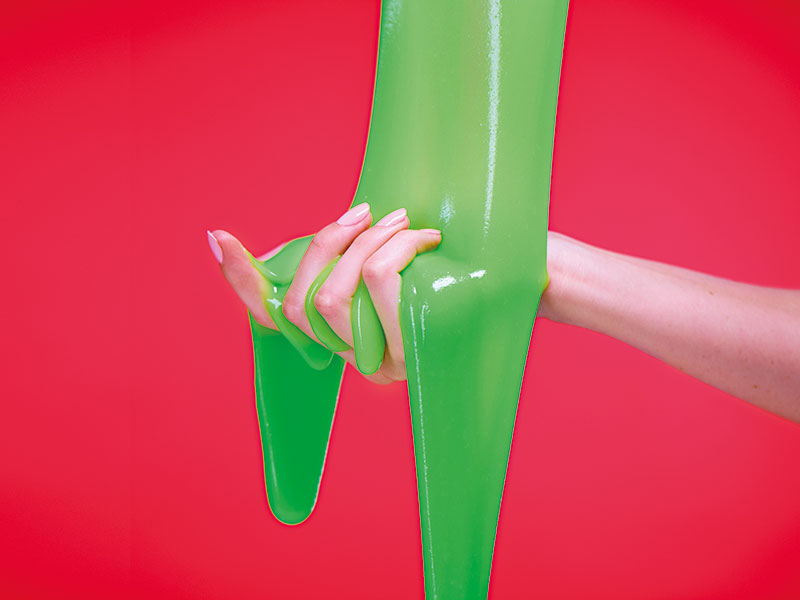 On YouTube and Instagram, fans can find ASMRtists playing with slime, eating crunchy candies, cutting up bars of soap or even pretending to give viewers an eye exam or a haircut
Lifestyle

Listen carefully and you can hear it – brands are whispering. For decades, companies have abided by the logic that if they wanted consumers to notice their products, they needed to shout over the competition. Today, however, advertisers are increasingly whispering, tapping, clinking and crackling their way into consumers’ heads, hoping to trigger an autonomous sensory meridian response (ASMR).

ASMR is a tingling feeling some people experience in their heads or upper body upon hearing certain gentle and repetitive sounds, such as whispering voices or fingernails tapping on a table. Advocates of ASMR claim the steady, soothing sounds make them feel a deep sense of relaxation, reducing anxiety or helping them to fall asleep. Now, businesses are looking to capitalise on the trend.

Since 2015, brands have slowly started trying their hands at ASMR-based advertising, ditching the brash voices and bass-thumping music consumers have become accustomed to when reaching for the ‘skip ad’ button. But while proponents of ASMR say these softer advertisements could be the start of a new era of marketing, others believe the little-understood technique may be too niche to be regarded as anything more than a fad.

Softly, softly
YouTube can take much of the credit for ASMR’s rapid ascent into mainstream culture. According to the ASMR University website, the video-sharing platform’s first ASMR channel, WhisperingLife, was created in 2009. Since then, the most popular videos have accumulated hundreds of thousands – or, in some cases, even millions – of views. On Instagram, meanwhile, there are more than six million posts with the ASMR hashtag.

The top ASMR personalities rack up millions of subscribers and followers, all of whom can be monetised

For some, it is also a profitable industry: the top ASMR personalities (or ASMRtists, as they have become known) rack up millions of subscribers and followers, all of whom can be monetised. For instance, the creator of Gentle Whispering ASMR, one of the most popular ASMR channels on YouTube, is estimated to earn over $130,000 (€115,550) per year from her videos.

ASMR videos vary in style and include an array of triggers. On YouTube and Instagram, fans can find ASMRtists playing with slime, eating crunchy candies, cutting up bars of soap or even pretending to give viewers an eye exam or a haircut.

As Craig Richard, the founder of ASMR University and author of Brain Tingles: The Secret to Triggering Autonomous Sensory Meridian Response for Improved Sleep, Stress Relief and Head-to-Toe Euphoria, told European CEO, ASMR is stimulated by moments of positive personal attention: “These moments usually involve a kind person doing something beneficial for another person while speaking and moving in a caring and gentle way.”

Interest in the phenomenon is undeniably strong: Google searches for ASMR reached an all-time high in February 2019, after beer brand Michelob Ultra aired an ASMR-triggering advertisement during the Super Bowl. In spite of growing awareness, though, there is still no conclusive data to indicate how many people actually experience ASMR.

Richard estimates around 20 percent of the global population experience ASMR strongly, while another 20 percent experience it in a milder form. He did concede, however, that these were only guesses, as ASMR is a “very new and confusing phenomenon”.

Tapping into the market
According to USA Today, Michelob Ultra’s commercial – in which American actor Zoë Kravitz whispered about the brand, tapped on the bottle and poured out the fizzing beer – could have been watched by as many as 100 million people during the Super Bowl. Clearly, the advertisement presented ASMR to a wider audience, but aside from its production quality, it was not dissimilar to the other ASMR videos found on YouTube and Instagram.

FCB Chicago, the marketers behind the advertisement, told Vulture they wanted consumers to associate Michelob’s organic beer with health, nature and wellness. “Some people go for a run, some people meditate, some people zone out to ASMR,” said Liz Taylor, Chief Creative Officer at FCB Chicago. “It seemed like an amazing fit.”

This is perhaps unsurprising given the conclusions that the small body of research into the health benefits of ASMR has drawn. One study, published in 2018 in the journal PLOS One, found that ASMR videos decreased stress and sadness among participants. An earlier paper, published in PeerJ, found that most people listened to ASMR videos to relax (98 percent), to sleep (82 percent) or to deal with stress (70 percent).

But FCB Chicago was not only interested in the possible health implications of ASMR: the firm also knew that a quiet, intense advertisement would cut through the frenzied spectacle of the Super Bowl and grab consumers’ attention. Taylor told Vulture: “We wanted to be disruptive and thought, ‘Could we turn our ads into experiences? Wouldn’t it be amazing if we could give 110 million people the chills at the same time?’”

Although Michelob’s advertisement has made the biggest splash, it is just the latest multinational brand to incorporate ASMR triggers into its marketing. Carmaker Renault partnered with ASMRtist ASMR Zeitgeist in 2018 to create videos linking the soothing qualities of ASMR with the “smoothness and relaxation” felt while driving an electric vehicle.

IKEA’s ‘Oddly IKEA’ series in 2017, meanwhile, included a 25-minute long ASMR video showing off a range of items. In the video, a whispering voiceover describes products while pillows are plumped, sheets are scratched and patted, and hangers are jangled. The campaign appeared to pay off: speaking to the BBC, Kerri Homsher, Media Project Manager at IKEA, said sales rose by 4.5 percent in store and 5.1 percent online during the viral advertising campaign.

Awakening the senses
If ASMR advertisements can produce tangible results, it is little wonder brands are jostling to create the next viral marketing campaign. What’s more, Richard believes this is just the start of a long-term change in the way brands market their products: “I think the rise and awareness of ASMR is shifting some advertisers away from loud, frenetic and overstimulating ads to ones that are quieter and more relaxing. The rise and popularity of ASMR has highlighted that many people want less Sturm und Drang in their content and more peacefulness and relaxation.”

Even if individuals do commit to watching an ASMR advertisement, the fact remains that only a small proportion of viewers are likely to feel the intended effects

While this may be the case for some, Graham Page, UK Managing Director of Offer and Innovation at Kantar Millward Brown and an expert in advertising effectiveness, told European CEO it’s likely that a significant majority of people have never experienced ASMR: “If [ASMR is] as prevalent as an effect it is often compared to, synaesthesia, then probably less than five percent of the population will experience it. In which case, it’s unlikely that many people will feel the intended tingle when they watch the ad.”

Moreover, Zoheb Raza, Social Media Director at London-based advertisement agency Isobel, told European CEO that ASMR videos are not easily consumable in an everyday context: “The videos are slow in pace and based around audio; in the fast-paced, audio-off environment of our newsfeeds, the user has to have a high level of intent to consume the videos.”

And even if individuals do commit to watching an ASMR advertisement, the fact remains that only a small proportion of viewers are likely to feel the intended effects, meaning brands risk putting off a lot of potential customers. “The breathy soundtrack and repetitious motion of ASMR films may seem fairly ridiculous to those that don’t experience the [phenomenon],” Page said. “Worse, another word for a slow, quiet, repetitious film might be, well, ‘boring’. And we have plenty of evidence [to show] that boring ads are not effective.”

At the same time, Raza believes viewers who find ASMR relaxing will not want the moment ruined by a brand pushing their products: “The best ASMR videos are personal, which is why brands should not enter that space. Advertising does not have a place here. Brands hijacking this space are only doing so to appear fun and different.”

Until we have a greater understanding of ASMR, then, companies may be better off focusing on evoking multisensory associations instead, which Page believes can successfully strengthen a brand or product: “[Giving] people a sense of how the brand looks, feels, smells, sounds and, where relevant, tastes is likely to be a better bet.”

It is still unclear whether the ASMR trend will be a short-lived fad or spark a long-term shift in advertising. Whatever happens, more research and understanding around the phenomenon’s effectiveness is needed before the industry can really see it as something to shout about.