Kasper Rorsted is running Adidas to the top of the market

Replacing one of the longest serving CEOs on the DAX index is no easy task, but a resurgent Adidas may have found its perfect fit in Kasper Rorsted 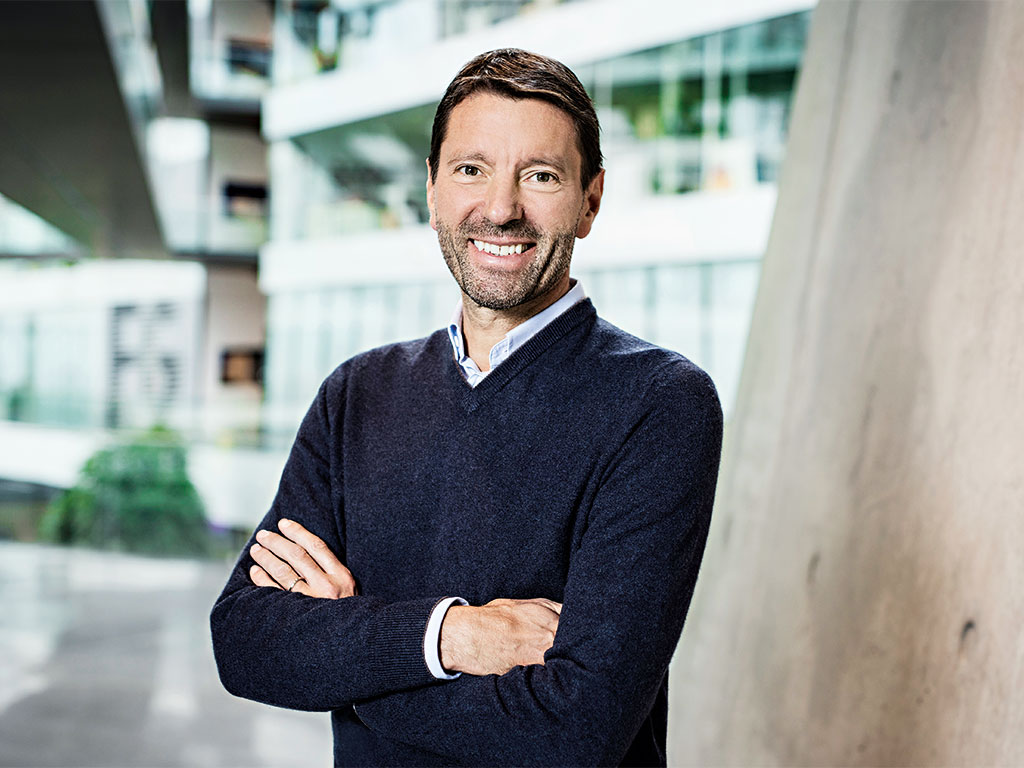 Not satisfied with his impressive achievements at Henkel, Kasper Rorsted has set himself the challenge of guiding Adidas to the top of the sportswear market, ending Nike's long reign
Profiles

When Kasper Rorsted announced he was leaving Henkel for Adidas in January 2016, everyone was surprised. This was not just because he had two years to go on his contract at Henkel, or because CEOs rarely make a move from one DAX listed company to another. People were caught off guard because it seemed like there was still a lot to be done at Henkel; Rorsted had successfully raised the prominence of the group’s brands in the US, such as Persil detergent and Schwarzkopf shampoo, and, despite losing a recent acquisition bid, further gains seemed possible. Rorsted oversaw a tripling of the company’s share price, and its rise to become one of the best performers in the DAX index. Immediately following the announcement of Rosted’s move, Henkel’s stock slumped 4.1 percent.

One thing is certain: with his move to Adidas, Rorsted has put himself in a position to lead a turnaround of similar proportions. With the athletic fashion industry going through a revolution, Adidas is on the marks to finally mount a decent challenge to an increasingly unsteady looking Nike.

Super fantastisch
After studying at the Copenhagen Business School and the Harvard Business School, Rorsted began his career in the technology sector. He climbed trough the ranks at Oracle and Compaq (later Hewlett-Packard), before ending up as Hewlett-Packard’s Managing Director for the EMEA region. He was let go from the company in 2004 following weak performance, and, despite being offered a number of positions at other technology companies, he chose to move to Henkel, a producer of laundry, beauty and industrial adhesive products.

His time at Henkel represented a massive turnaround of the business, from both a financial and cultural perspective. The family-controlled company was founded in 1876, and had long been stuck in a stupor of complacency. In 2008, when Rorsted was appointed CEO, he and his young team of managers put in place a range of ambitious goals for the company, including increasing pre-tax profit margins to 14 percent by 2012. At the time, Henkel consisted of over 1,000 brands, 200 production sites and three separate global business units. Less successful brands were cut, and the group went through a reimagining of its vision statement and employee values charters. A new performance evaluation process was also introduced that compared employees by their performance relative to their peers, rather than abstract targets.

The results spoke for themselves. By the end of the 2012/13 fiscal year, Henkel comfortably reached its profit margin target. Emerging markets then represented 43 percent of the group’s global sales, while the number of brands it produced dropped to below 400. It was the clear strategy efficiently communicated by Rorsted that drove this success.

However, more recently, Henkel has been forced to face slightly more muted prospects. In July 2015, the firm lost out in a bid for Procter & Gamble’s beauty brands, including Wella, Clairol and Max Factor. The failed bid, while not disastrous, dented prospects for significant further growth into the US market. On a positive note, the company’s range of industrial glues has been seeing increasing demand in China, its biggest market. However, while there are still opportunities for further growth at Henkel, the figures it has been posting in the last few years are unlikely to be maintained. The situation at Adidas, on the other hand, is very different.

Back in the game
Adidas gained global popularity in the 1970s and 80s, immortalised in the Run DMC hit My Adidas. In recent years, though, the company has struggled. Long-time rival Nike has dominated the last decade. Now, Adidas is perfectly placed to return to its former glory.

Sportswear, or ‘activewear’ as it has come to be known in certain circles, has benefitted from a surge in popularity recently; health and fitness has transformed from the hobby sphere to become a lifestyle concept, and the fashion industry has been forced to meet changing expectations. While trainers and running clothes used to be purely functional, activewear is now as fashionable on the street as it is in the gym. With this shift in style, the industry has become substantially more lucrative. Clare Varga, Director at trend forecasting agency WGSN, said that in the last seven years the activewear industry has grown a spectacular amount. “It’s globally valued at something ridiculous now, about $350bn. It is huge.”

While trainers and running clothes used to be purely functional, activewear is now as fashionable on the street as it is in the gym

Modern technology has also led to the development of versatile new fabrics. “Performance fabrics are now sort of indistinguishable from non-performance fabrics”, explained Varga. “They look beautiful and are very casual. The clothing industry has been quite flat globally for a few years, but activewear has been a real bright spot, and because of that we’ve seen everybody wanting a piece of it.”

Style and substance
The rise of activewear has posed a conundrum for both fashion designers and traditional activewear manufacturers. While the biggest names in fashion have a dedicated following, in the past their moves into activewear have disappointed; while often looking good, fashion designers have lacked the authenticity, credibility and technical proficiency that established firms such as Nike, Adidas and Puma have in spades. Varga said this led to clothing that just didn’t work well for its intended purpose. “You can, maybe for a season, get away with just doing something like printed leggings. But, at the end of the day, if you want to actually stake a claim in the active sector, it’s got to function.”

The reverse has been true as well. Activewear makers, while more than capable of making clothing that is perfectly suited for physical activities, struggled to make anything that caught the eye of the fashion-conscious. Varga said there was even some resistance at first. “In a way, some of the biggest sports brands were a little bit snobbish about it, almost dismissive of it as a trend. ‘We’re pure performance, we don’t need to go down this road’ was the message.”

But as the activewear market became too big to ignore, collaborations between activewear companies and well-known designers have emerged as the go-to solution. Activewear makers benefit from a fresh perspective and fashion credibility, while designers gain access to the technology and authenticity of established sports brands.

Varga said that, while some early collaborations were a little mismatched, more recent lines have proved to be stunning successes. Nike and Gyakusou produced a particularly commended collection, and Puma joined forces with Rihanna to bring star power to the brand.

Balancing act
Adidas’ current strength is a parting gift from its outgoing CEO, Herbert Hainer. He took up the position in 2001, and went on to become the longest serving CEO in the DAX index. It wasn’t an entirely smooth ride, however, and in 2014 he faced investor revolt as the company slipped further behind both Nike and Under Armour, while becoming the worst performing company on the German exchange for that year. Instead of quitting, Hainer gave managers more decision-making power, forged closer ties with retailers, and invested in smaller factories in Germany, allowing faster production of limited-quantity items. This extra autonomy and agility let Adidas quickly build hype around trainer lines, develop limited run styles, and rapidly react to changing tastes. It was this new structure that ultimately led to Adidas’ wildly successful collaboration with Kanye West on the Yeezy line. Once again, Adidas’ fortunes have been tied to the music industry.

Another position Adidas is strong in is technology. Varga said maintaining a balance between performance wear and lifestyle projects is perhaps the biggest challenge for most sportswear makers, but a real strength at Adidas. The majority of activewear may not be used for its intended purpose, but it still needs to function properly to remain credible.

“One of the things I think they’ve done extremely well is that they have a technology that works in both ways”, Varga explained. “Adidas’ ‘Boost’ technology that they use in all their elite performance footwear is also used in some great lifestyle models as well. It’s technology that is very easy to understand and actually feel the benefit of.”

This is where arch rival Nike hasn’t looked as strong in recent times. While having come out with some truly outstanding technology, many of the company’s innovations have been dismissed as mere gimmicks. One example is Nike’s Back to the Future-inspired self-lacing trainer, the Nike Air Mag. While impressive, such technology is not going to appeal to the wider market any time soon.

With these innovations, Adidas recently overtook Under Armour to regain the title of second-biggest sports footwear company in the US. Nike’s top spot is likely to be a target for Rorsted.

Running lean
Despite only just having stepped into the role, Rorsted has set about fixing a gaping hole in Adidas’ portfolio. In 2005, Adidas reached a deal to purchase US sports equipment maker Reebok in an attempt to compete with the seemingly untouchable Nike. Whereas Reebok was flying high in the 80s, its brand never managed to recapture the same popularity. Varga said Adidas has never really figured out what to do with it. “I think it is a bit of a dead weight around their neck. It’s finding its feet now that they’re moving into the cross-fit territory. I think they have to work out if it has a future or whether they should sell it.”

Rorsted has quickly announced a plan for a revival of Reebok, with the brand set to undergo a major restructuring. Reebok will close stores, move its headquarters and cut 150 jobs to return to a sustainable level of profitability. While the long-term future for Reebok may be under question, a leaner version of the company is a definite within the next few years. In any case, it seems Adidas is in safe hands with Rorsted. “I think he’ll have a very clear vision, and I think he’ll take the brand further”, said Varga.

While the growth Adidas has seen since Hainer’s restructure is almost certainly unsustainable, the company has positioned itself well to ride activewear’s wave of growth with a renewed relevance and the all-important cool factor. With the foundations laid and Rorsted in a prime position for success, Adidas is once again ready to tread sport fields and pavements across the world.