Among rumours of corruption, Peter Löscher of Siemens is staying strong and is determined to reorganise the current structure of the company 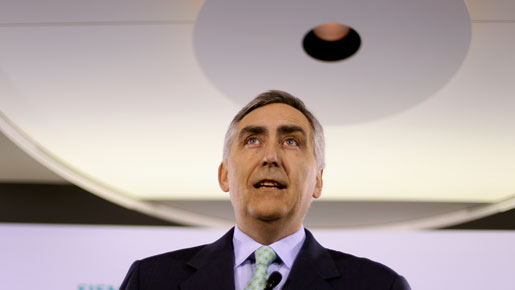 Peter Löscher has been at Siemens – known worldwide as one of the biggest manufactures – for just over a year now, taking the helm from Heinrich Von Pierer who left in 2005 and who managed the company for over ten years.

Siemens has been bathed recently in a scandal of corruption and bribery. How does a CEO, especially one that is new, deal with that? The obvious (or not so obvious) answer is to reorganise the company. This is, at least, the way that Mr Löscher is doing things.

Siemens is split up into three different sectors, each specialising in a specific aspect within their manufacturing business. The way this transition has been achieved is by not only reworking the way the company is structured but by reworking the senior management.

“Eleven out of twenty people on the supervisory board are new, six out of eight on the management board are new, and on the next level down, nine out of fifteen are new. Fundamental change.” Mr Löscher said.

All of this is from the first non-German to run the company in it’s 161 year history and also the first CEO to be hired externally.

Born in 1957 in Vienna, Mr Löscher has truly experienced the world. His CV is a varied one, detailing global education institutes, multiple languages and a plethora of multi-national companies. As a reference, Sir William Castell of former company Amersham said “He has worked in America, Japan, Spain, England and China, did his masters in Hong Kong, excellent values, impressive grasp of strategy – if you are looking for a globalist with big-industry experience who speaks German, maybe there are 10 at most out there.”

Mr Löscher is very clear on how he is going to keep Siemens on track and how his re-jigging of his management is going to pull Siemens out of the dirt and back into the game:

“I want clear-cut lines with individual leaders taking responsibility. Beneath them they have leaders, instead of committees. So I just have to go to three people to know what is going on in any business. Faster, quicker, more customer responsive.”

It’s essentially a very obvious move to make – cut out the middle man, make sure that every move can be tracked down to the individual, and that nothing is left to chance. Mr Löscher says that accountability is key to the progression of the company: “That’s the culture of responsibility we are trying to foster. It’s different to what happened before, when people would just have been moved.”

So how does an outsider to a multinational company plan to deal with the backlash from the public, the media and his employees over firing half of the senior executives and re-branding the company so it’s ‘less German’?

“I couldn’t care less how it’s portrayed. The important thing is to do the right thing for the company.”