Subscription-based strategies have emerged as a way for companies to turn conventional markets on their heads. The industry has grown rapidly, but will it continue to deliver? Courtney Goldsmith investigates 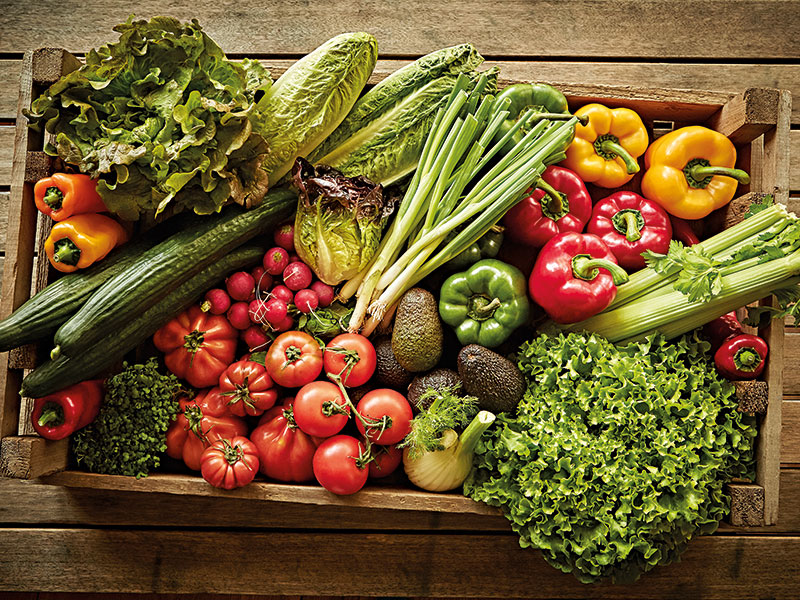 It used to be that subscriptions were only for magazines and newspapers. Today, the subscription e-commerce industry has grown into a major disruptor in the retail sector. Companies deliver boxes to consumers containing everything from a selection of curated snacks or socks to luxury dog treats and vinyl records.

The trend, which was ignited in the US, has now spread to Europe. Growth has been meteoric, prompting major retail brands to get involved too. The market has more than doubled each year for the past five years, according to a 2018 report on the subscription e-commerce industry by management consulting firm McKinsey & Company.

But recently, as an influx of niche products floods the market, the growth of some of the industry’s best-performing segments, such as food and beauty, has faltered. As the subscription sector’s growth slows, questions are being raised over whether the industry is finally beginning to mature, or if the business model was merely a bubble that is ready to burst.

Breaking the status quo
The 2018 McKinsey report identified three broad categories of services: curation, replenishment and access. Curation subscriptions are the most popular, accounting for over half of all subscriptions. As the report said, they “seek to surprise and delight” by presenting consumers with personalised items in a category that they wish to explore further, such as apparel, beauty or food.

The internet fuels compulsive shopping due to its convenience, anonymity and the illusion that one is not really spending money

The main selling point of replenishment subscriptions, on the other hand, is the convenience of automating the purchase of household staples, such as razors, contact lenses or vitamins. Dollar Shave Club and Amazon’s Subscribe & Save are among the biggest names in the segment. The last – and least popular – type of subscription service is ‘access’, which gives subscribers discounts or perks, as with healthy snack company NatureBox.

Mark Livingstone, CEO of British healthcare subscription service Pharmacy2U, has spent the past 15 years in a succession of subscription-based e-commerce businesses. He thinks they have the power to upend a number of traditional retail markets.

“I fundamentally believe that [brick-and-mortar institutions], in almost every way, will be disrupted by online subscription,” Livingstone told European CEO. However, with more and more niche businesses hoping to recreate the success that food and beauty boxes achieved, it is likely some will learn the hard way that there is not an equal opportunity for every market in subscriptions.

Livingstone, who was a founding investor in healthy snack company Graze and was also the co-founder and former CEO of DVD-by-post firm Lovefilm until it was bought by Amazon, knows a thing or two about identifying markets that are ripe for disruption. These are typically large markets with a long history of being monopolised by traditional brick-and-mortar shops.

In Livingstone’s case, he began his recent foray into pharmaceuticals after conducting six months of research that comprehensively showed consumers wanted an easier and more convenient way to receive their prescriptions. Having become CEO of Pharmacy2U in 2016, Livingstone now aims to turn his repeat prescription delivery company into a £1bn (€1.1bn) business in just three years.

Playing with your emotions
Although the subscription business model made a name for itself in the US with companies like Dollar Shave Club and monthly beauty boxes Ipsy and Birchbox, European companies have popped up to rival their successes. Popular examples include Germany’s HelloFresh, high-end beauty box Glossybox, UK-based Graze and men’s toiletries firm Cornerstone.

McKinsey’s survey of the more mature US market revealed that 15 percent of online shoppers have signed up for one or more subscription service. In 2011, the industry’s largest players generated just $57m (€50m), but by 2016 that had increased to $2.6bn (€2.3bn). One explanation for their popularity – especially for curated boxes – is the psychology of online shopping. Psychologists have long understood that the internet fuels compulsive shopping due to its convenience, anonymity and the illusion that one is not really spending money. For subscription boxes, the quick thrill of making an online purchase is amplified by a cycle of emotions, as described by marketing professors Louise Grimmer and Gary Mortimer in an article for the Conversation: “We go through a number of emotions with subscription boxes. There’s anticipation (eagerly awaiting the delivery of the box), curiosity (what will the box contain?), surprise (upon opening the box) and joy, delight, satisfaction and sometimes disappointment upon discovering the array of products contained within the box.”

Then, the cycle immediately starts up again ahead of the next delivery. Grimmer and Mortimer compared the rush of dopamine that consumers experience when anticipating and opening their subscription boxes to the emotions felt by gamblers.

Slow growth
Research by marketing intelligence firm Hitwise found that online visits to top subscription service websites have soared almost nine-fold from 4.7 million visits in April 2014 to 41.7 million in April 2018. While niche categories like apparel subscription boxes have continued to grow at double-digit rates, more traditional markets, such as beauty and food, have slowed. This mixed success can be seen in some of the industry’s recent initial public offerings (IPOs).

For example, Blue Apron, one of the most popular meal-kit services, was heavily hyped ahead of its listing on the New York Stock Exchange in 2017, but it became the worst-performing major IPO of the year as its share price tumbled. By the end of 2018, its share price was less than $1 (€0.88), having started at $10 (€8.83). However, Stitch Fix, a personalised clothing subscription service, listed just a few months later with far better results. The company’s share price was set at $15 (€13.28) and now tends to sit in the mid-to-low 20s.

Despite the emotional pull consumers feel for subscription boxes, the McKinsey report argued that the requirement to sign up for a recurring order dampens demand and makes it harder for firms to acquire customers. Churn rates are high for subscription boxes, with consumers quick to cancel any service that misses the mark. “Consumers do not have an inherent love of subscriptions… Rather, they want a great end-to-end experience and are willing to subscribe only where automated purchasing gives them tangible benefits, such as lower costs or increased personalisation,” the report said.

Livingstone believes the subscription-based business model is a long-term trend that still has a lot of room for growth: “As a consumer, just not worrying about things and knowing that you’ll be receiving something on a frequent basis without you having to remember, I think, is a massive 21st-century… trend.”

One way growth could occur is through the introduction of established brands into the subscription e-commerce market. For example, to compete with popular razor subscriptions, P&G launched Gillette on Demand in 2017 and Unliever bought Dollar Shave Club in 2016 for $1bn (€870,000). Meanwhile, beauty shop Sephora created Play! and Walmart introduced Beauty Box to get its foot in the door of the subscription market.

As these big-name brands enter the market, subscription businesses are increasingly becoming household names in their own right. At the same time, they provide a home for niche ideas that would normally struggle to survive without the unique selling point of recurring deliveries or personalisation.

While it appears the boom time for subscription services may be coming to an end, the market will remain an exciting place for ambitious companies to shake up traditional business strategies as it matures.