Trade is a fundamental part of international relations. As protectionist rhetoric threatens global commerce, we look at the EU's most important trade partners 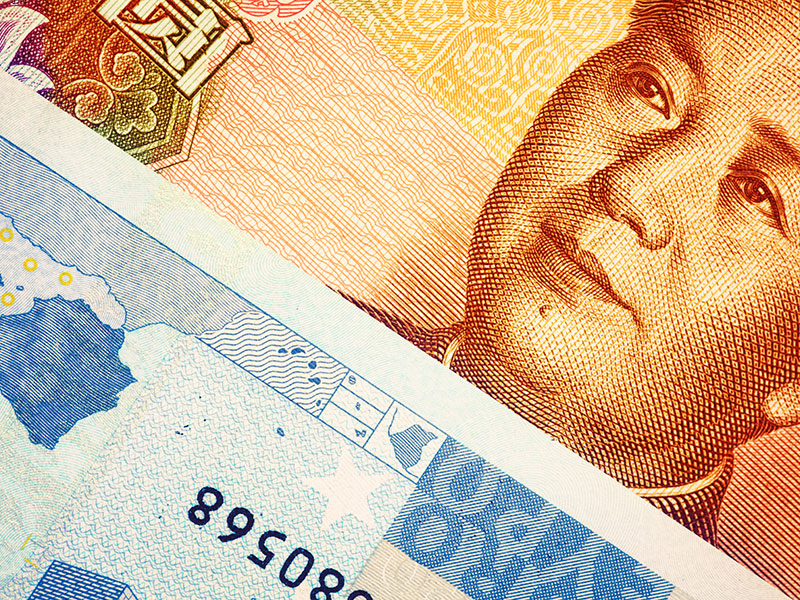 China has become a close second to the US in terms of EU trade, accounting for 15.3 percent of the bloc’s total commerce
World View

Whether relating to new agreements or customs wars, it’s fair to say trade has proven to be a turbulent affair for the world’s leading countries in recent years.

At the heart of the chaos has been US President Donald Trump’s “America First” protectionism, which threatened tariffs on the country’s friends and foes alike in 2018, shaking the global economy in the process.

Amid the pandemonium, however, the EU continues to strike trade deals around the world, signing agreements with Japan and Singapore this year. In light of the changing landscape, European CEO takes a closer look at the EU’s most prolific trade partners.

US
Although negotiations to forge a new trade deal – the Transatlantic Trade and Investment Partnership (TTIP) – between the EU and US commenced in July 2013, the process has stalled under President Trump, with the US Government introducing tariffs on steel (25 percent) and aluminium (10 percent) earlier this year.

The EU’s trading alliance with the US continues to be its strongest, with imports and exports totalling a combined €632.6bn

Despite a turbulent relationship with a president who characterises himself as a “tariff man”, though, the EU’s trading alliance with the US continues to be its strongest, with imports and exports representing a combined total of €632.6bn, or 16.9 percent of the bloc’s total trade.

Earlier this year, President Trump declared a ‘truce’ with the EU and resumed negotiations with the bloc. Observers have claimed the new model is very similar to the TTIP, but it is yet to be seen whether a deal can be struck amid the uncertain relationship.

….I am a Tariff Man. When people or countries come in to raid the great wealth of our Nation, I want them to pay for the privilege of doing so. It will always be the best way to max out our economic power. We are right now taking in $billions in Tariffs. MAKE AMERICA RICH AGAIN

China
Having also felt the wrath of President Trump’s protectionism in 2018, China has become a close second to the US in terms of EU trade, accounting for 15.3 percent of the bloc’s total commerce.

The two powers established ties in 1975 and signed an agreement, known as the EU-China 2020 Strategic Agenda for Cooperation, in 2013. The document reaffirmed the EU’s respect for Chinese sovereignty and territorial integrity, as well as China’s support for EU integration.

However, there is no formal trade deal between China and the EU, and many countries within the bloc continue to enforce an arms embargo on the superpower, as well as a number of anti-dumping measures designed to prevent cheaply made Chinese steel from flooding the European market.

While China is keen to expand its global presence, the country has long been treated with scepticism by western nations concerned with its growing influence.

Switzerland
Surrounded by EU nations, Switzerland’s relationship with the bloc is often described as being ‘tricky’. Nevertheless, Switzerland has more than 120 bilateral agreements in place with the EU, a fact that has allowed the two to remain close partners when it comes to trade.

The EU is Switzerland’s largest trading partner, while the Alpine nation accounts for seven percent of EU trade

In fact, the EU is Switzerland’s largest trading partner, while the Alpine nation accounts for seven percent of EU trade. Negotiations for a new deal on bilateral relations, however, have proven harder to come by.

Earlier in December, the EU threatened to withdraw equivalence from the Swiss stock exchange if the nation’s seven-member Federal Council rejected its proposed framework for a future relationship. The EU recently afforded Bern another six months to agree to the new treaty.

Russia
Russia continues to be a critical energy provider to the EU. Overall, trade between the two stands at 6.2 percent of the bloc’s total, despite the introduction of EU sanctions following Russia’s annexation of Crimea.

Reliance on Russian energy is set to continue: in Germany, construction has begun on a controversial new Russian gas pipeline known as Nord Stream 2. Fellow governments have voiced their concerns regarding the project, with President Trump claiming it will make Germany a “captive of Russia”, while Balkan states remain suspicious of Russia’s motives.

Turkey
Once touted to be the newest member of the EU, Turkey’s accession to the bloc stalled in 2016 amid concerns of human rights infringements by the country’s president, Recep Tayyip Erdoğan.

Relations between the EU and Turkey formally began in 1959, with Turkey being among the first countries to seek close cooperation with the then European Economic Community. Today, trade between the two accounts for 4.1 percent of the bloc’s overall business.