Age is a significant benefit to entrepreneurs, not a hindrance

For too long, investors have prioritised start-ups founded by younger entrepreneurs in the hope of unearthing the next Facebook. Recent research, however, indicates that success is more likely to be found later in life 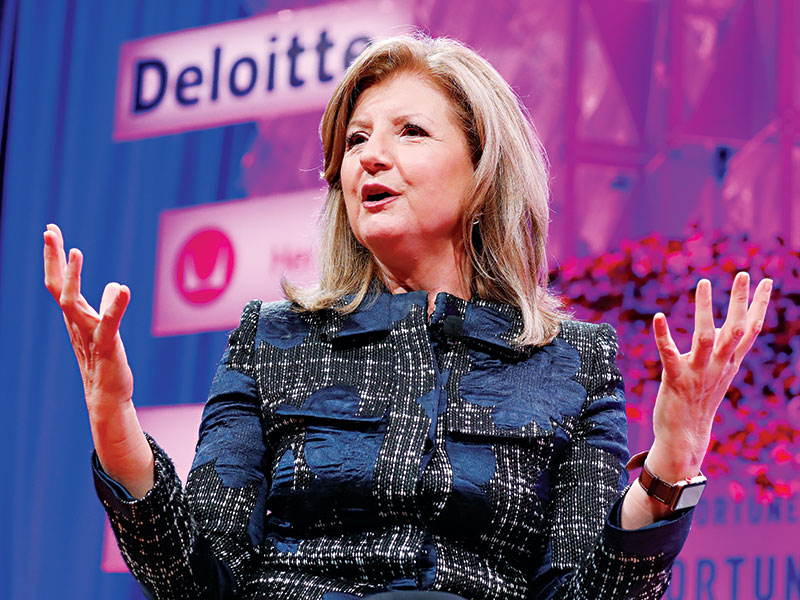 “Young people are just smarter,” said Mark Zuckerberg at a Y Combinator Startup School event in 2007. Some six years after Zuckerberg’s assertion, Y Combinator co-founder Paul Graham told The New York Times: “The cut-off in investors’ heads is 32 [years old]. After 32, they start to be a little sceptical.”

According to these quotes – and media coverage of fresh-faced Silicon Valley founders – business is a young person’s game. It’s easy to see how this trope has emerged: Jack Dorsey was 29 when he founded Twitter, Steve Jobs was 21 when he started Apple, and Zuckerberg was just 19 at the time of Facebook’s launch. But these world-changing companies are exceptions, not the norm.

In actuality, founders of successful businesses are more likely to be a little older than the entrepreneurial stereotype would suggest. A few extra grey hairs often mean more experience and extra financial capital, both of which can prove hugely advantageous when starting a new company. Just because an entrepreneur is over 30 doesn’t mean they are over the hill.

The promise of youth
Despite prevailing opinion to the contrary, there is a growing body of evidence indicating that business founders are not as young as they are often portrayed to be. A recent report by Northwestern University, the Massachusetts Institute of Technology and the US Census Bureau, titled Age and High-Growth Entrepreneurship, found that the average age of business founders in the top 0.1 percent of the fastest-growing new companies in the US is 45. Similarly, founders in their early 20s were found to have the lowest likelihood of building a high-growth firm.

The stereotype of the entrepreneur fresh out of university and destined to change the world is not only inaccurate – it is irresponsible, too

“Young, tech-savvy founders are often painted as the poster children for successful modern entrepreneurship,” explained Jamie Kerr, Head of External Affairs at the Institute of Directors. “This is a narrative driven by a media focus on Silicon Valley stereotypes and Hollywood’s fascination with the successes of companies like Facebook. However, the high-profile stories of young billionaires are only a tiny part of the story. Research continues to show that age is anything but a barrier to successfully starting and scaling a business.”

Part of the reason the stereotype of the young entrepreneur is so persistent is that much of the modern economy is focused on new, digital technologies. Relatively young entrepreneurs started the world-famous social networks and digital firms that have shaped much of the modern economy, so it stands to reason that the next big thing in virtual reality or artificial intelligence will also be developed by a business wunderkind. Such a narrative only acts to perpetuate the belief that as an individual gets older, they become more entrenched in their views and less open to new ideas. To many, it seems, experience is analogous to inertia.

This assumption is not only bad news for entrepreneurs: it has broader economic consequences, too. Investors’ fixation on young entrepreneurs could mean that businesses with great potential get overlooked. It should be remembered that Robert Noyce co-founded Intel when he was 41, Henry Ford brought his Model T car to market aged 45 and Arianna Huffington launched The Huffington Post (now HuffPost) when she was 55. Steve Jobs, often viewed as a template for Zuckerberg and other well-known Silicon Valley innovators, came up with some of his most significant ideas – the iMac and iPhone – later in life.

Ageism in the investment world, particularly in the technology sphere, can also take a personal toll. Unfair rejection can have a detrimental effect on mental health and, unsurprisingly, has led many job applicants to lie about – or avoid mentioning – their age on CVs. Some Silicon Valley entrepreneurs are even resorting to plastic surgery in order to cling to their youth. The stereotype of the entrepreneur fresh out of university and destined to change the world is not only inaccurate – it is irresponsible, too.

A wise head
Far from being a disadvantage, age can be an asset for new business founders. It can mean that entrepreneurs have greater social capital or more financial resources to draw on, both of which can prove invaluable when starting a new firm.

“Being an older entrepreneur can be a positive boon,” Kerr said. “Not only can they benefit from their experience in business – often having had time to spot niches in an established market – but they can also draw on a network of contacts built up over years.” It’s also true that good ideas don’t appear out of thin air. While the spark of inspiration is always difficult to find, prior knowledge of a particular corporate sector is not a bad place to start.

Individuals with no prior experience of an industry’s inner workings can obviously still disrupt them, but the companies that continue to succeed in these areas typically have first-hand knowledge of the sector’s challenges. What’s more, it can be difficult to know how to create a business that changes people’s lives if you haven’t had much life experience yourself.

It’s difficult to pin down exactly why venture capital firms are invariably betting on youth. It could be that they are simply buying into the hype of business founders blessed with little more than a university degree and ‘moonshot thinking’. A more cynical explanation could be that investors prefer the power dynamic in this relationship: older entrepreneurs may not be as willing to part with quite as much equity as their younger counterparts.

Changing of the guard
Although older individuals have a tough time convincing investors to back them, the level of the challenge depends on their industry of choice. In the technology sector, younger founders are particularly common, but this isn’t universally the case. In the oil, gas and biotechnology industries, for example, the average age of founders lies somewhere in the late 40s.

Older entrepreneurs may also find that investors cannot ignore them for much longer. In the western world, demographic shifts are resulting in an increasingly elderly workforce. Across the EU, workers aged over 55 already represent 16 percent of all employees, and an ageing population is sure to see this figure rise. As older people come to represent an increasingly large portion of the workforce, it is likely that they’ll also be starting businesses on a larger scale.

It is essential, therefore, that older individuals feel empowered and encouraged in the business world – whether they’re an employer or an employee. As Kerr said, diversity within a workforce leads to positive outcomes, so it’s important that young and old are able to flourish together.

“One of the interesting features of the current ‘diversity on boards’ debate has been the comparatively small discussion around the importance of including younger people on boards, as well as those with strong digital and technology backgrounds,” Kerr said. “As well as vital efforts to improve gender and ethnic diversity at the top of big companies, the question of age and diversity is certainly a governance frontier that deserves more attention.”

Research may indicate that most successful business founders are older than celebrity CEOs would suggest, but that doesn’t mean the ideas of young entrepreneurs should be discounted either. As populations get older, they should be careful of the pendulum swinging too far the other way. The important thing is that investors, recruiters and corporate minds consider each and every business on its own merits, regardless of how young or old its founder is.