The European Commission’s new funding programme, VentureEU, looks to close the gap between Europe and other leading global markets in the fostering of start-ups 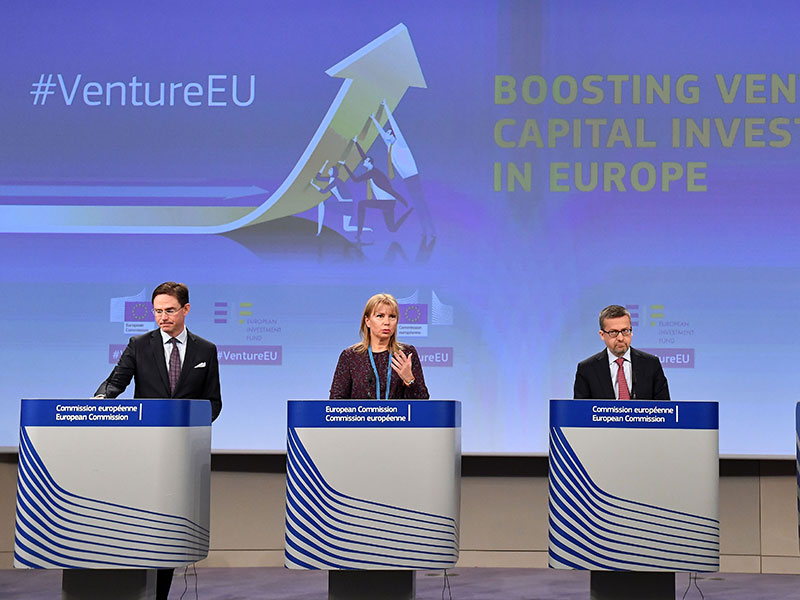 On April 10, the European Commission announced the launch of a venture capital funds-of-funds programme to foster start-ups in the EU. The programme, called VentureEU and developed in partnership with the European Investment Fund (EIF), looks to boost the number of start-ups that survive and grow successfully.

Buttressed by €410m from the EU, the programme aims to generate €2.1bn in public and private investment for the benefit of six participating funds. This is meant to translate into a projected €6.5bn of investment across approximately 1,500 start-up companies throughout the bloc. The six funds set to receive capital are based in the UK, Spain, Liechtenstein and Switzerland.

Europe has been lagging behind the US and China in terms of start-up companies achieving unicorn status, a market cap exceeding $1bn

“VentureEU is an important addition to the European equity scene,” said EIF CEO Luigi Gilibert in a statement.

“While we have supported more than 500 funds to date, this is the first time that the EU has created such a unique programme. EIF is proud to be part of this initiative.”

Europe has been lagging behind the US and China in terms of start-up companies achieving unicorn status, a market cap exceeding $1bn (€808m). According to the statement, the US and China had 109 and 59 companies worth over $1bn at the end of 2017. Europe, meanwhile, had just 26. VentureEU hopes to change this dynamic.

The US has traditionally provided more fertile ground for start-ups than Europe for a variety of reasons. Notably, American venture capital firms provide more late stage funding, which helps alleviate the liquidity problems start-ups tend to face after exhausting much of their resources on achieving some degree of market penetration during early growth stages.

London is perhaps the best city in Europe for companies seeking funding, but Brexit has cast a cloud on EU start-ups accessing capital across the English Channel – injecting a sense of urgency into VentureEU’s mission.