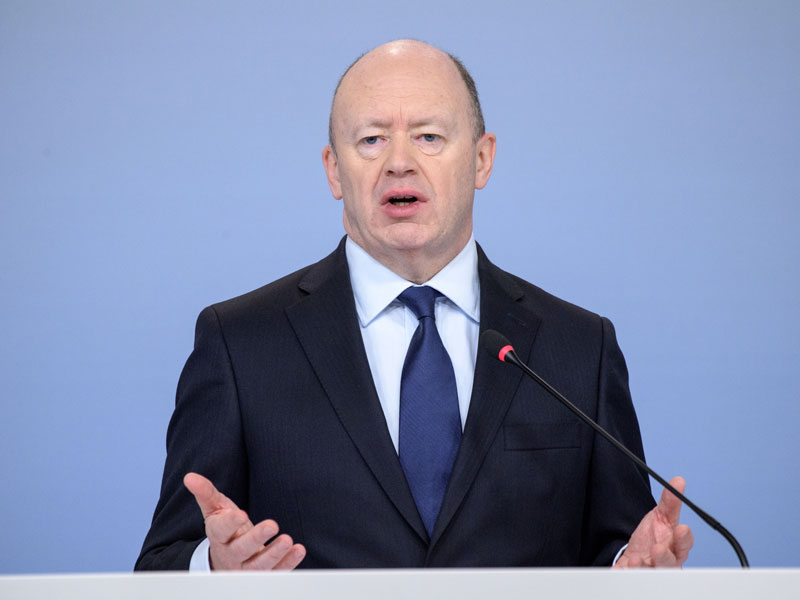 John Cryan, then-CEO of Deutsche Bank, speaking to the media about the company's €500m losses in 2017
Management

Deutsche Bank announced the departure of CEO John Cryan late on March 8, confirming Christian Sewing, Co-Head of its retail banking division, as his successor. Cryan has been ousted after just three years in the role, following a period of sustained losses at the bank.

When Cryan took up the CEO position back in 2015, he immediately set to work on a five-year turnaround plan aimed at cutting costs and modernising operations. Although he successfully resolved a billion-dollar legal dispute with the US Government in 2016, Deutsche Bank has reported heavy losses for the past three years despite significant restructuring.

In addition, the IMF named it the most dangerous bank in the world two years ago due to the threat it posed to global financial stability.

This meant that although Cryan’s departure was sudden, it was hardly unexpected. He will formally leave the bank at the end of this month, but Sewing will take over as CEO with immediate effect. Despite rumours of a rift between the pair, Paul Achleitner, Chairman of Deutsche Bank’s supervisory board, was keen to thank Cryan for his stewardship.

“Despite his relatively short tenure as CEO, John Cryan has played a critical role in the almost 150-year history of Deutsche Bank – and laid the groundwork for a successful future of the bank,” explained Achleitner. “The Supervisory Board in general and I personally are grateful for this. However, following a comprehensive analysis we came to the conclusion that we need a new execution dynamic in the leadership of our bank.”

Although investors will be glad to see the back of Cryan, a change of leadership alone will not be enough to improve Deutsche Bank’s fortunes. Given his background, there is an expectation that Sewing will choose to focus on the German domestic market instead of expanding the company’s investment banking operations.

However, while this would allow the bank to shift some of its riskier assets, profit expectations in a crowded German banking market are likely to be slim.