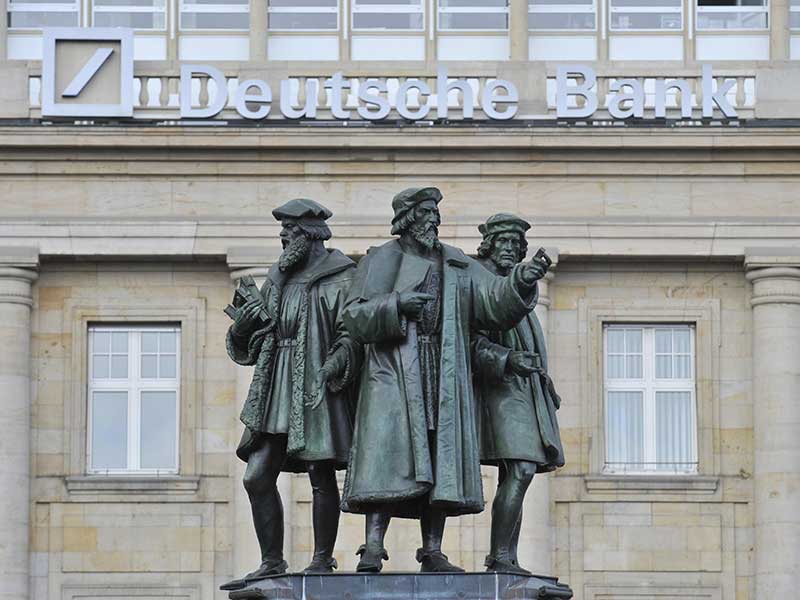 Deutsche Bank has dropped out of the 2016 shortlist for the world’s top 15 private banks, marking the toughest year for Germany’s largest lender since the financial crisis. The news broke as Scorpio Partnership, a wealth management researcher, released its annual rankings on August 7.

Deutsche Bank fell to 16th place on Scorpio’s list of the world’s 25 largest private banks, while Swiss bank UBS maintained its place at the top of the rankings, and Bank of America, Morgan Stanley, Wells Fargo and Royal Bank of Canada completed the top five.

Deutsche’s fall can be explained by a 28 percent decline in the bank’s assets under management, which stood at just $227bn at the end of 2016. Speaking to European CEO, a spokesman for Deutsche Bank attributed “the majority of the decline in assets to the sale of the [bank’s] private client services business in the US and the decision to cease serving wealth management clients onshore in around 50 countries”.

This decline was further emphasised by the widening gulf between Deutsche and UBS, which manages $2.06trn in private assets.

Last year, Deutsche Bank struggled for survival after a fine issued by the US Department of Justice triggered a confidence crisis in the bank

Last year, Deutsche Bank struggled for survival after a fine issued by the US Department of Justice triggered a confidence crisis in the bank. The US Government handed Deutsche Bank a penalty of $14bn, after alleging the bank contributed to the 2008 financial crisis by selling toxic mortgage securities. Deutsche Bank subsequently settled the dispute by paying $7.2bn in damages.

In 2016, investor concerns saw share prices sink to near-30-year lows, with stocks trading at just above €10 ($11.7) – a far cry from the €117 ($136.8) reached in 2007. Prices even fell below levels recorded during the great recession, with the bank having to tackle a historic collapse as clients withdrew billions of dollars.

Meanwhile, the Bank of China and China Merchants Bank were among the list’s biggest winners, with the former entering the rankings in 24th place and the latter climbing five places to 15th.

According to Scorpio’s data, the total amount managed by the world’s largest 25 private banks reached $13.3trn in 2016, representing a 63.2 percent share of the market.