Regeneration has revitalised the River Clyde with £250m of new projects proposed in 2012, opportunities are numerous 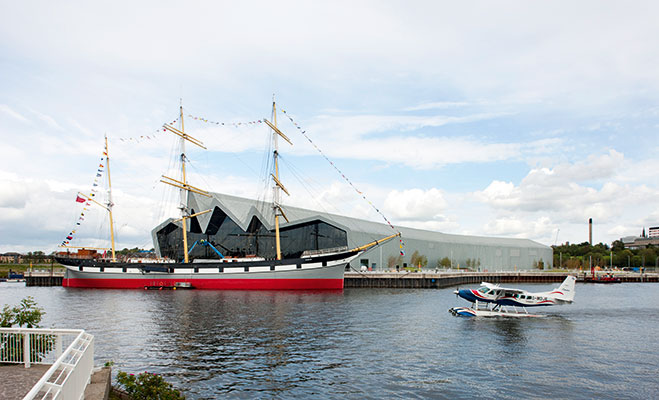 Clyde Waterfront Strategic Partnership – comprising the Scottish Government, Scottish Enterprise, Glasgow City, Renfrewshire and West Dunbartonshire Councils – facilitates and promotes the Clyde’s regeneration from Glasgow, via Renfrew to Dumbarton, with £3.5bn already spent or committed by the public and private sectors across over 250 projects. Clyde Waterfront’s economy is now more diverse and robust than before, with several centres of business excellence. These include:

Creative industries
This sector is thriving at Pacific Quay and is now marketed as Creative Clyde. STV and BBC Scotland are firmly established here in high-tech broadcasting centres and 50 more creative SMEs have set up in Medius, The Hub and Film City Glasgow. A Floating Village is planned for the Canting Basin and, opposite, the 12,000-seat Scottish Hydro Arena opens in 2013, reinforcing the area’s credentials as a world class entertainment and conferencing venue.

Leisure
The £74m Riverside Museum, designed by Zaha Hadid, has attracted one and a half million visitors since opening in June 2011, complementing other major Clyde attractions such as the Glasgow Science Centre, the Glenlee Tall Ship, Xscape and the Titan Crane.

Retail
Braehead near Renfrew, already Scotland’s busiest shopping centre, is due a £150m expansion and Glasgow’s Style Mile (Buchanan Galleries/Street and Argyle Street/St Enoch’s Centre) is one of the UK’s most popular shopping destinations.

Housing
Over 9,000 new homes have been built since 2003 along the Clyde, such as the award-winning £1.2bn Glasgow Harbour development which has further shops, restaurants and hotels planned. At Ferry Village near Braehead, six developers are building a range of 2,000 apartments and detached homes by Clyde View Park.

The future
Its skilled workforce, cost competitiveness, excellent communications and new infrastructure have given Clyde Waterfront a real momentum. However, there are another £2bn of identified commercial, retail and residential opportunities for developers, investors and companies to realise.