Lessons from an internet pioneer

During their tenures, most CEOs will be party to a certain amount of bad advice 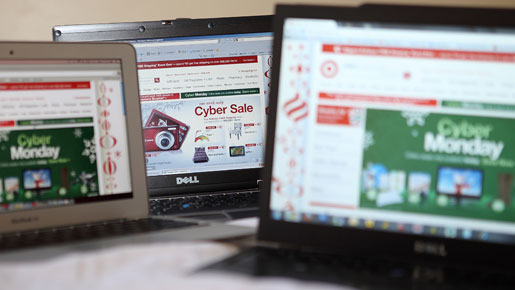 Rare though it may be, it is a characteristic which all CEOs must share to some degree.

Easynet was founded against a backdrop of huge scepticism towards what was then commonly known as ‘the world wide web’. Whilst the public was intrigued by the possibilities the web presented, many of the companies we now see as experts in the field of online communication were initially among its biggest critics. BT, Virgin, and even Microsoft, took a number of years to fully embrace the internet, with many believing that it would never have more than niche appeal. Those early pioneers including Easynet in 1994 were united in the belief that the internet would transform the business world fundamentally.

Had we heeded the words of these authoritative voices, then the company which first brought the internet to the British high street would not have been founded in Whitfield Street, London in September 1994. We launched Easynet and opened Cyberia, Britain’s first internet café to show the wider public what the web could do. The fact that it proved such a success vindicated the decision to ignore the doubters, and showed me for the first time that keeping an independent mind and defying conventional wisdom is not to be sniffed at.

By the time the internet began to penetrate mainstream consciousness in the late 1990s however, it was a different story. Having fought hard to secure investment when we first started in 1994, barely a day now would pass without an approach from an investment bank or venture capital fund hoping to get a slice of what had quickly become the fastest-growing sector on the planet.

Hindsight is a wonderful thing, and it is now all too clear that the sums of money circulating among telecoms providers and internet start-ups during the dotcom boom were clearly unsustainable. It is not inaccurate to compare the rush to invest in these companies with the ‘toxic’ property loans which played such a pivotal role in our most recent financial crisis. However, the pressure we were under at the time to outstrip our competitors, buy market share and invest in more technology was intense.

I have little doubt that, had we heeded this advice and attempted to keep pace with the growth of some of our competitors, then Easynet would no longer be in existence today. Instead we followed a more conservative approach – working closely with our customers to understand their needs and delivering solutions which were aimed at beating their expectations.

Whilst many of our competitors struggled in the fallout of the dotcom crash, our careful financial planning and close customer ties gave us the opportunity to make yet another move which ran contrary to the counsel of many of our stakeholders.  Just as the bottom fell out of the ‘new economy’, as the high-tech sector was called at the time, we took the decision to build out our own network infrastructure in the UK.

We did this by being the first internet service provider to place its own broadband equipment in BT’s phone exchanges, and also acquired our own fibre optic network infrastructure. At the time our decision was based on demand from our business customers for an enhanced local access product that was simply not available in the UK.

Listening to our customers and following their lead took us to becoming the first provider to ‘unbundle’ BT exchanges in this way. The experience we gained in building and managing complex networks provided us with the platform to grow into a global business. We now have customers spanning 50 countries with coverage in more than 190 countries worldwide meeting the needs of our international customers.

Bad advice will never disappear, and the importance of a CEO’s decision-making skills increases with every day that the company grows, not least as the pace of technology change accelerates. I was privileged to participate in the executive at BSkyB, following our acquisition in 2006 and witness first hand a world class business grappling with the challenges of innovation and successfully staying one step ahead of the competition for the benefit of their customers. Sky has a refreshing approach to conventional wisdom for such a big company, and I guess this is part of their DNA as a business that has never really lost touch with its entrepreneurial roots. Sky was good for Easynet and vice versa. Our new owners gave us the support to extend our international reach and drive our technical capabilities in bold new directions, such as high definition video conferencing and cloud computing.

And where from here? The march of technology progress continues apace. The move to ‘cloud computing’ is another example of a disruptive technology as it calls for a fundamental rethink on IS strategy and by implication business efficiency itself. The cloud is many things to many people but to me at its heart is the concept that technology advances have reached a tipping point where the combination of increasingly universal fibre based networks and improvements in server virtualisation mean that there are huge savings and improvements in efficiency for the companies that embrace the ‘Cloud’ and revisit their total IS spend including hidden or even unknown costs in their technology budgets.

In the current climate cost reductions are welcome but there is no doubt in my mind that we are still only at the early stages of the information age and those that make the right decisions early on with their IT strategy will find huge competitive advantage as time passes.

As we embark on the next stage of our growth as an independent company once more, at Easynet Global services we look forward to challenging the consensus in telecoms, not from some misguided sense of our own importance, but from the value we believe we are all creating by doing so. It is important to be convincing on your own terms but even more important to provide your customers with an edge.