Dave King, CEO of Digitalis Media Ltd, an online reputation management agency, writes on how a single, disgruntled consumer can ruin your brand 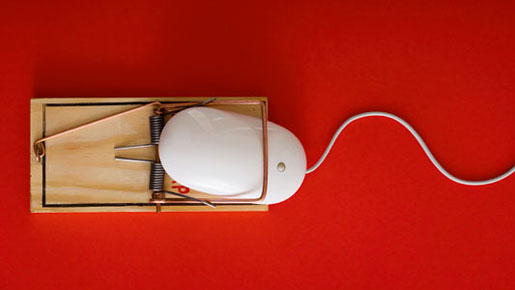 When in 2005 Jeff Jarvis, an influential blogger, created a blog, Dell Hell, to air his negative experiences with the computer giant’s products and customer care, he unwittingly set in motion a tsunami of customer ill sentiment towards the company.

Within just a week Dell Hell received over 10,000 comments and thousands of visits a day from similarly disgruntled customers. As a result of the massive amount of content achieved on the blog, Dell Hell soared to the top of Google’s search listings. In an average month, six million people search for Dell and its products on Google. And what those six million people saw from the search engine results, just below the technology giant’s own website, was the rampant negative discussion about the company and its products.

The company’s reputational damage is incalculable and it will be continually haunted by Dell Hell in years to come as it attempts to win back consumer favour and rebuild its brand. And it could all be tracked back to just one online journalist. So how could it have happened that a lone voice on the internet was able to wreak such havoc to a multi-national, multi-billion pound corporation?

The damage to Dell’s reputation was perhaps due to Jarvis influence as a respected and much followed blogger. His authority in web rankings and personal credibility enabled him to galvanise and give voice to a group of seriously unhappy customers. While initially slow to respond to the crisis either through ignorance about the power of the internet or arrogance about being able to control its brand, or more likely a mixture of both, Dell did eventually wake up and take charge of the situation.

The company ultimately addressed all of the negative issues raised by Jarvis and his followers. Dell revamped its marketing, and reviewed its product line and customer services. The company also learned its lesson and redressed its attitude toward the internet and its power to make or break reputation. Unfortunately for us all these days though, it doesn’t take a blogger with high levels of influence and respect to alter the perception of our brands online. It would also be erroneous to consider this a challenge only to those brands regularly lambasted, such as RyanAir, which suffers daily the impact of the website www.ihateRyanAir.co.uk, which comes up very high on Google search results. We’re all at risk.

Google has recently changed its algorithm to allow, amongst other updates, consumer comments on blogs to rank higher in search engine listings. That threat is greater still given that there are literally tens of millions of blogs online and millions of individual posts per day by consumers on all manner of topics, potentially, even likely, talking about your brand, organisation or product. These consumer comments, when read by fellow consumers, can have a marked impact on perception and buying behaviour.

An in-house survey at Facebook recently found that peer reviews and word of mouth are among the most influential sources of information to 50 percent and 65 percent, respectively, of consumers. The traditional forms of marketing communications, such as advertising and company websites themselves, scored a far less impactful 3-25 percent. A 2009 Global Online Consumer Survey conducted by Nielsen concluded that 70 percent of consumers trust opinions posted online. And where are these peer reviews to be found most readily? You guessed it. On search engine results pages.

Combine that with even more research that 65 percent of the population is online and 80 percent of all online journeys begin with a search on a search engine like Google and the potential impact of information and opinion about your company online should be clear.

Once on Google, some 30-40 percent of all clicks go to the first free listing on the left-hand side of the page. Hence marketersí validly obsessive battle in recent years to take the top slot for searches not only for their brand but also generically for their product.

But any company or product which turns up in Google search rankings is exposed, regardless if they rank at the top of the page or as the tenth listing. So whether the second listing is a consumer call to action to boycott Nestle, an article on FSA prosecution, a debauched footballer’s nights out with prostitutes or fraudulent expense claims, the CEOs and heads of consumer brands, investment funds and political institutions should be concerned and active, regardless of whether they rank number one on Google or number five.

These are some pretty scary statistics for any company. Yet shockingly most corporate and consumer brands have been slow to recognise this new challenge. So what are marketers doing to protect, correct and defend their position online? As ever in fast change areas like technology, there is much burying of heads in sand but there are a few stand-out companies that are very aware and active. The Body Shop subscribes to a tool that allows it to trawl 130 million blogs, forums and community sites every day. This gives the company immediate insight into what consumers are saying about the brand, which then (I trust) informs customer service responses, new product developments, marketing strategy and crisis communications.

Tesco appears to have at last dominated the top Google results with multiple retail sites of its own, now relegating www.tescopoly.org, the site of an anti-Tesco movement which held a high-ranking spot. There are online reputation management tools and strategies which can push up commentary from advocates of your brand or product while suppressing detractors in Google listings, and indeed elsewhere on the web.

If they were wise to these, could Prudential have influenced the myriad of small shareholders who were searching online for a view of the AIA deal? Could BP have mitigated the exposure of the minutiae detail on its errors, or at least ensured a balanced assessment?

Could Sarah Ferguson have limited the duration of online exposure of her alleged recent mischief?

These questions are not designed to be rhetorical; in fact the answers are, respectively, “probably”, “not much” and “definitely”. But I suspect the question was never asked at the relevant board table nor indeed prompted by the marketing team. Nor likely at the Duchess breakfast table for that matter.

The damage is perhaps more inappropriately high to brands who suffer a single, innocently but well-placed criticism from an upset consumer. Unwittingly consumers might achieve strong Google rankings on a well-searched brand phrase or name. Very often the victim organisation has no idea of the resulting exposure, its impact or how to fix it. I shouldn’t be surprised though. Between 1995 and 2005 I lost count of how many, some very prominent and intelligent, business leaders have asked me whether the internet was around to stay and if they should build a web site.

To expect that so quickly after that original naivety, business owners will realise just how powerfully new online channels are changing consumer behaviours, and thus retail, brand perception and marketing, is perhaps unreasonable. So as for the impact of newer transformational revolutions like Twitter, iPhone apps and geo-positioning, I suppose I should start talking about them in five years.

So is there a key outtake for the savvy CEO? I believe so. Start with this. Do you know how many people Google your name, your company’s name and those of your brands each month? If not, then ask your marketing director. If he or she doesn’t know, then worry.