On Thursday the 19th January 2012, Google was named as the top company to work for in the USA Fortune magazine. The giant search engine, with its base in Mountain View, California, saw an increase of 33 percent in the number of its employees during 2011. It currently provides employment to 18,500 who work in […] 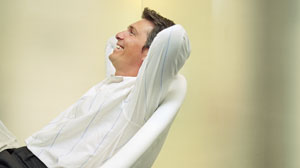 On Thursday the 19th January 2012, Google was named as the top company to work for in the USA Fortune magazine. The giant search engine, with its base in Mountain View, California, saw an increase of 33 percent in the number of its employees during 2011. It currently provides employment to 18,500 who work in 46 countries around the globe. The company has 28 offices in the USA alone, a figure that does not include its telecommunications offices.

So what exactly does Google do to attract top employees and keep them motivated and do other industry leaders also follow these practices?

Employees seem to love the perks they enjoy at Google. A particular favourite is the well-stocked free cafeterias. A company spokesperson boasted, “Employees are never more than 150 feet away from a well-stocked pantry.”

Bowling alleys, eyebrow shaping, at a fee and bocce courts are also hot favourites. The fact that employees can use lava lamps, bicycles or scooters, inflatable balls, massage chairs and even bring their dogs to the office, also helps. On top of all that there are the pool and foosball tables, volleyball courts, pianos, video games, gyms and table-tennis tables.

The company’s underlying philosophy has always been that work should be challenging, but fun.

Despite all of this, a study carried out by the Ron Volper Group in 2011 shows that the top reason why individuals move from one employer to another remains dissatisfaction with their pay. More than 80 percent of employees gave this as a reason why they moved to another company. Knowing what your competitors pay and improving on that in some way or another is clearly very important.

Incentive payments, such as cash bonuses, are a popular way to encourage employees to try their best and to stay motivated. In this regard it does not help much to give every staff member the same payment at the end of a particular period. Star performers should be identified and rewarded accordingly or they will eventually find greener pastures.

Goal setting is another popular way of keeping workers motivated, especially sales people. It is very important, however, that these goals should adhere to the SMART principle.

Team building is of the utmost importance when trying to establish an atmosphere of cooperation in the workplace and to keep workers motivated. This might, for example, take the form of social gatherings, special interest groups and bringing in motivational speakers.

Using Google as an example, once more, it encourages the creation of ‘grassroots employee groups’ for interests such as wine tasting, film watching, salsa dancing and even mediation. Local Google offices are also encouraged to develop a unique and personal identity; for example, in the Zurich office you might see ski gondolas and in the Buenos Aires office, murals of the Amazon rainforest.