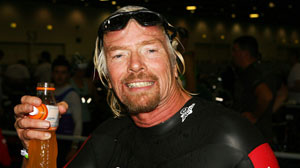 Embedded in the mythology of a popular resort area in northern Ontario, Canada is a lovely story about a very wealthy American who often vacationed there in the 1920s. After hosting several friends to dinner at a local restaurant, the business tycoon called for his bill and offered to settle it with a cheque. Not having met this customer before, the relatively new waiter rather diffidently asked for some form of identification. The American rummaged around in his pockets for several moments, eventually producing a dollar bill.

“Are you familiar with one of these, son?” he asked.

“If you look on the back of this bill, you will see my signature,” said Andrew William Mellon, who was Secretary of the US Treasury at the time. “Will you accept that as proof of my ability to back a cheque for this meal?”

Mellon’s wealth has been estimated at between $300 – $400m in the late 1920’s – which would make him a multi-billionaire in today’s market – yet very few people outside his immediate circle of friends and colleagues recognised him. Like those other enormously rich families of early twentieth century America, the Carnegies and the Rockefellers, the Mellons lived well but discreetly, and became some of the most generous philanthropists in history.

The globalisation of markets, seismic shifts in national politics and rapid rise of new technology-based industries in the latter half of the century all brought an explosion of opportunities for the creation of more multi-million dollar fortunes. In a 2008 study entitled the World Wealth Report, Merrill Lynch and Capgemini estimated the number of millionaires (people whose wealth, exclusive of their primary dwelling, exceeds $1m) at over 10 million, an increase of six percent over the previous year. The number of super-rich, those whose assets exceed $30m, increased by nearly nine percent.

But not only is this club of the super-rich expanding rapidly, it is embracing an entirely new breed of wealth holder. For a start, the established bastions of personal wealth, Europe and the US, are no longer in the ascendancy. According to the World Wealth Report, the rate at which new millionaires are being created in Europe and North America has slowed significantly, while the number in India grew by 22.7 percent, China by 20.3 percent and Brazil by 19 percent.

The attitudes and ambitions of the new super-rich are changing, too. Where once it was enough for a millionaire to live a life of luxury and write a cheque to support his or her favourite charity, today’s wealth holder sees personal wealth as a first class ticket to the adventure of life.

They want to be involved. Although spending on traditional luxury items associated with massive wealth, such as art, fine wine, jewellery, designer clothes, holidays, yachts, cars and private jets, continues, many of the new billionaires are pushing social and physical boundaries to gain the cachet and adrenalin rush of personal experience. Owning a jet with a full time professional pilot and crew on stand-by is satisfying, but flying your own plane is a blast.

The risk of death does not seem to be a factor, or maybe the super-rich believe their wealth will protect them from the disease of mortality that affects the rest of us. Think of John Denver, John Kennedy Jr. and Steve Fossett, all dying at the controls of their own private aircraft.

Fossett was a prime example of the new breed of wealth holder. A hugely successful commodities trader, he used his considerable wealth to enable him to indulge in his great love of adventure sports. By the time he’d reached his seventh decade, he had set over 100 records in activities ranging from mountain climbing to swimming, sailing, cross-country skiing, flying, gliding and hot air ballooning. At the time of his death, he had been working with Hawkes Ocean Technologies on his next big adventure – ‘sailing’ to the deepest spot in the oceans in a winged submersible.

Following his disappearance and the eventual confirmation of his death in a flying accident, news of Fossett’s ‘secret project’ came out, and stimulated interest within a growing circle of wealthy adventurers. There is now a ‘race’ to get to the lowest point on the planet in a modern craft. Among those competing are Sir Richard Branson, well known friend and fellow adventurer of Steve Fossett’s who has taken over the Hawkes project and re-named it the Virgin Oceanic (his colleague Chris Welsh will pilot the first ‘flight’ with Branson taking the helm for the second); multi-millionaire film director James Cameron (Avatar) who is working with a team in Australia to build a craft that Cameron intends to pilot himself; and Google Executive Chairman Eric Schmidt, who, investing through his Schmidt Ocean Institute, is funding the development of a craft that is being designed and will be piloted by Hawkes’ ex-wife, Sylvia Earle, herself an accomplished oceanographer and explorer.

The motivation for investing hundreds of millions of dollars in such far-reaching and risky projects is complex. Cameron claims to have been bitten by the deep-sea-exploration bug whilst filming his epic, Titanic, and many observers close to him expect to see the future release of at least one film based on his own underwater adventure – if he survives. The Schmidt/Earle team are focussed on the potential for serious science that they hope will benefit mankind in the future – their craft has been the most costly to build and will be equipped with cameras and other capabilities that will allow scientists to conduct research at 37,000 feet below the surface.

For Hawkes and Branson, the lure of the deep is as much about profit potential as it is about the challenge of conquering one of the few remaining frontiers of human exploration. When he launched the submersible earlier this year, Branson said, “By promoting and utilising new technology Virgin Oceanic will aid human kind’s ability to explore our oceans, assist science in understanding our eco system and raise awareness of the challenges facing our oceans.” But one day, he has admitted, he hopes to build larger submersibles on the same principle of rapid flight through the water, which will be capable of carrying paying passengers down to the bottom of the seas.

Branson’s other great pioneering adventure, Virgin Galactic, has been selling tickets at $200,000 each for its planned sub-orbital flights in space. More than 400 people have already paid a $20,000 deposit for the thirty minute space flight, which will include approximately six minutes of weightlessness, and Virgin Galactic recently hired its first Chief Financial Officer to transition the operation from a development project to a commercially operational business.

So, are today’s mega-rich simply indulging their childhood enthusiasms for supreme adventures, looking for the next big money-making opportunity, or is there a serious humanitarian motive to their high jinks? By pushing the limits of technology, these highly driven individuals with very deep pockets are able to open frontiers in human knowledge and settlement that governments no longer have the appetite to fund, and they are prepared to share the benefits. All of the deep sea exploration projects have committed to working with scientists and oceanographers, and Virgin Galactic has recently announced the signing of a memorandum of understanding to explore opportunities for collaboration with NASA, whose budget for space exploration has been severely cut of late.

Other members of the super-rich club, who want to be associated with the excitement of exploration without putting themselves personally at risk, are finding ways of ploughing their money into projects aimed at changing the world. Many are still quietly funding the provision of education, food, livelihood and healthcare for the underprivileged around the world, while others espouse the bold words of famous American cultural anthropologist, Margaret Mead: “Never doubt that a small group of thoughtful, committed citizens can change the world. Indeed, it’s the only thing that ever has.”

This quote is the opening line in a video promoting the objectives of the XPrize Foundation. Modelled on the Orteig Prize offered in 1919 by a French hotelier to the first person to complete a nonstop flight from New York to Paris, the XPrize attracts financial support from a long list of million-and-billionaires to “bring about radical breakthroughs for the benefit of humanity” through public competitions. At a mere $10m, the prize money is not expected to compensate participants for the cost of their investment; nor is it a reflection of the enormous financial benefits to mankind that are expected to result from the technologies developed by the competing teams. It is the thrill of the chase, the kudos of coming first and the personal satisfaction of having changed human destiny that draws in the big guns.

The Foundation’s initial challenge was to build private spaceships that could open the frontier of space: Microsoft co-founder Paul Allen financed the development of SpaceShipOne, which took the prize and became the basis of Branson’s current space venture. Subsequent challenges, some of which are still running, include the development of environmentally clean passenger vehicles capable of travelling more than 100 miles per gallon of fuel; building a fast and accurate device to sequence the human genome at a cost of no more than $10,000 per genome; and the Wendy Schmidt Oil Cleanup X Challenge, which aims to inspire the development of innovative solutions to speed the process of cleaning up seawater surface oil resulting from tanker and drilling platform spills.

The trend for today’s philanthropists to get personally involved in the causes they support may be viewed with horror by the traditionally reserved managers of established charities, but many see it as a positive development. After all, it took focus, energy, organisational skills and commercial nous to build the fortunes that these benefactors are now hoping will help to make the world a better place. Surely those same characteristics are what is needed to deliver successful projects in today’s complex world?

Take Canadian, Jeffrey Skoll, who made his billions developing the strategy that made online auction company eBay a global success. In 1999 he formed the Skoll Foundation, which ranks as the largest foundation for social entrepreneurship in the world. As Chairman, his strategy is to find development projects that are already successful and well managed, but need additional capital to take their ideas to the next level, transforming lives along the way.

Other successful entrepreneurs are pouring billions into finding cures for devastating medical conditions, addressing inner-city poverty and delivering education to the world’s poorest people. In most cases, they are also bringing new and innovative thinking to old problems. Eli Broad, for example, whose fortune comes from his homebuilding and insurance companies, is focussed on reforming education in the US through a national competition among school districts to improve the performance of their students. Winners of the $500,000 in scholarship money for students in their region are encouraged to share their successful ideas with other school districts.

So although the tabloid press delights in stories of the extravagance and recklessness of the new breed of multi-millionaire, most are also, quietly or not, looking for ways of giving something back to the world that made them rich. Once their need for luxury items is satiated, they are coming to the realisation that Andrew Carnegie was right when he wrote, in the late 1880s, “Rich men should be thankful for one inestimable boon. They have it in their power during their lives to busy themselves in organizing benefactions from which the masses of their fellows will derive lasting advantage, and thus dignify their own lives.”
And if they can have a great adventure along the way, who is to blame them?