Why Dutch real estate is a good investment 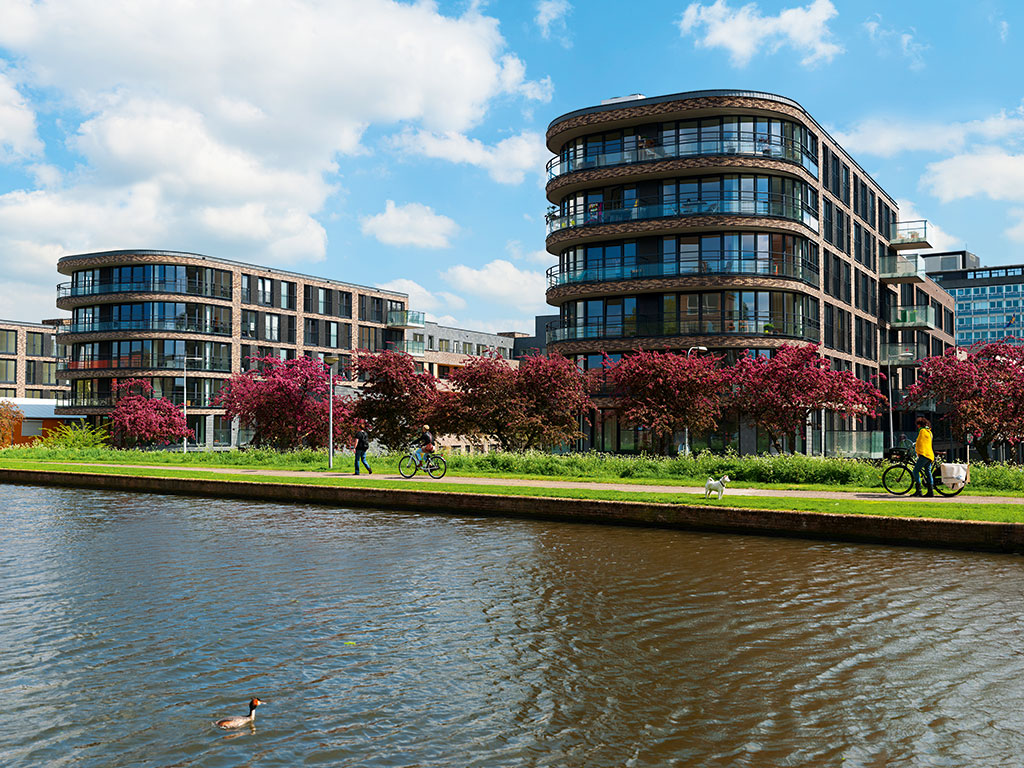 Now is a good time for investors to step into Dutch real estate. After a period of decreasing values, the market is at a favourable point in the cycle, with the housing market in particular offering considerable opportunities. The negative sentiment towards the real estate market in the Netherlands will continue to dominate in the short term, but the time is approaching when prices will become attractive once more.

There is still plenty of interest in core real estate in the country. Multifunctional offices with multiple tenants in growth regions and at top locations in particular, such as Amsterdam’s Zuid district, are reporting good occupancy levels. Retail real estate at A1 locations in big cities can expect to attract major retail chains and investors.

Investors have to allow for the fact that prices could still fall. The Dutch economy is still suffering from the consequences of the financial crisis, although the director of De Nederlandsche Bank – the Dutch central bank – recently declared that the Netherlands is out of the crisis. However, that is not yet being reflected in the recovery of the real estate market. There is still a problem with vacancy and price pressure in the office market and the retail sector is contending with low consumer confidence, the resulting low consumer spending and competition from online retailers. Many shopping streets and centres also have vacant properties.

In recent years, the Dutch housing market has also been under pressure, with substantial price drops. Nevertheless, of all investment segments, the outlook for investments in non-regulated rental homes is particularly good. This is based on a number of developments. Since the start of the financial crisis, the prices of both owner-occupied and rental homes have fallen by 16 percent.

The current housing market is experiencing historically low transaction numbers, falling prices and a shift from the owner-occupied sector to the rental sector. Changing laws and legislation are reducing subsidies for home purchases. Surcharges are being used to encourage tenants with high incomes, who are not leaving the regulated rental segment, to move into more expensive rental or owner-occupied homes.

The non-regulated rental homes market is performing well and the future looks promising, but there is still a shortage of housing in the Netherlands, which is growing by the year. The number of households will grow steadily over the next decade, with the number of newly built homes lagging behind. Moreover, with a turbulent owner-occupied market and growing need for flexibility, more and more people are turning to renting. The housing shortage in the Netherlands is approximately 3.5 percent currently, or roughly 250,000 homes, and that shortage is expected to increase further to around four percent between now and 2020.

As a result of this scarcity, the average occupancy level in the non-regulated rental homes sectors has been 95-98 percent in recent years. The occupancy level and rental prices also remained constant during the crisis. With the reduction in subsidies in the rival owner-occupied and regulated rental sectors, the non-regulated market sector is becoming more competitive. The Central Statistics Bureau recently established that more people are moving out of owner-occupied homes into rental homes than in the opposite direction. The rental market is now far more dynamic than the owner-occupied market.

Fighting inflation
Housing investments also offer a good hedge against inflation in the long term. In the non-regulated sector, rents have risen above the level of inflation, while there is a direct link between rent and inflation in the regulated segment. For institutional investors, housing investments are a good inflation hedge. The bpfBOUW, the Dutch pension fund for construction workers and one of the largest pension funds in the Netherlands, invests a relatively large proportion of its portfolio in real estate, roughly €3bn of which is in 15,000 non-regulated rental homes. During the crisis, this investment was the stabilising factor in its total investment portfolio.

The Dutch housing investment market is a mature, transparent, accessible and relatively stable market in which institutional investors with a total managed capital of €14bn play a major role. Professional investors have also become far more interested and confident in the sector in recent years, judging by the rising investment volumes.

Since 2009, more than €1bn worth of investment transactions have been registered annually in the housing market, roughly 20 percent of the total investment volume in Dutch direct real estate. It is an important sign that investors are realising the value of non-regulated rental homes.

Stabilisation in value
The return outlook for the rental investment category is positive for the medium term. In 2013, despite a further depreciation in home values, rental incomes are expected to have generated a slightly positive total return. In subsequent years, we can also expect the value development for homes to again contribute positively to the total return – but at a considerably lower level than before the crisis.

In subsequent years, we can also expect the value development for homes to again contribute positively to the total return – but at a considerably lower level than before the crisis

From 1995 to 2012, Dutch housing investments achieved an average annual total return of around nine percent, comprising five percent in direct return (rental income) and four percent in average indirect return (value development of homes). Although the value of the assets has declined by 16 percent since the crisis, the total return during the crisis years was only negative once, as rental incomes remained constant. It looks as if the negative value development of rental homes will bottom out in the next two to four quarters, even if there is a further drop in owner-occupied prices in the near future. Prematurely selling off individual housing units no longer dominates the valuation of rental homes; it is now a matter of continuing exploitation. Housing complexes are largely valued in relation to the future cash flows from rental incomes, set off against the required and desired return. The effect of falling owner-occupied housing prices appears to have largely worn off in the valuations of rental homes and the malaise in the owner-occupied market has largely been discounted.

The housing market has almost returned to the 2008 level in the US and, in the UK, has already passed that level. In these dynamic property markets, investment values have bounced back, with strong positive indirect returns over the past three years. Dutch property traditionally has a longer cycle, with relatively slow price corrections. Nevertheless, here, too, the future looks bright for this core investment segment. A home is a primary necessity of life, so the demand for accommodation is less related to economic growth. The return outlook for the coming decade is positive, but we should bear in mind that returns will be more moderate than before the financial crisis.