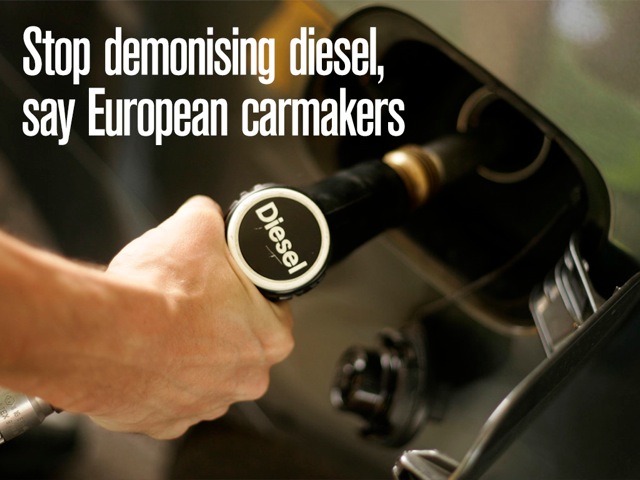 BMW, Ford, Volkswagen and Jaguar Land Rover have joined UK’s leading motor industry association to condemn criticism against diesel cars and protect technical advances that manufacturers have invested £1bn in. The Society of Motor Manufacturers and Traders kick started a campaign on Wednesday to call for policy makers to adopt a technology-neutral approach to vehicle incentives and penalties. Speaking at a press conference, Mike Hawes, Chief Executive of SMMT said: “Diesel technology is in real danger of being unfairly demonised at the expense of the consumers and indeed the environment.”

[C]onsumers are failing to show promising commitment towards alternative technologies

The European carmakers fear a consumer backlash amid efforts to curb diesel cars due to the harmful pollutants they emit. Hawes believes that these fears are misplaced and that “diesel vehicles should not be treated as the problem, but as part of the solution.”

According to the SMMT, modern diesel cars, equipped with the latest Euro 6 engine, are the cleanest in history, thanks to high-tech filters that trap harmful particles. But consumers fail to acknowledge the vast improvement in technology, consequently blaming cars as the biggest cause of air pollution. Hawes said: “The allegations against diesel cars made in recent months threaten to misguide policy making and undermine public confidence in diesel.”

Despite carmakers using diesel technology to meet carbon dioxide emission standards set by the EU for the end of the decade, consumers are failing to show promising commitment towards alternative technologies, with electric and hybrid vehicles slow to generate interest. Paris has pledged to ban diesel cars from the capital by 2020, while in London, plans are being floated to charge diesel drivers £10 to drive into the capital, on top of the £10 congestion charge. Hawes added: “We need to avoid penalising one vehicle technology over another and instead encourage the uptake of the latest low emission vehicles by consumers.”