Corporate scandals can tarnish the public's perception of a company, affecting its bottom line in the process. Whether responsible for the alleged misconduct or not, the CEO is often at the heart of the issue 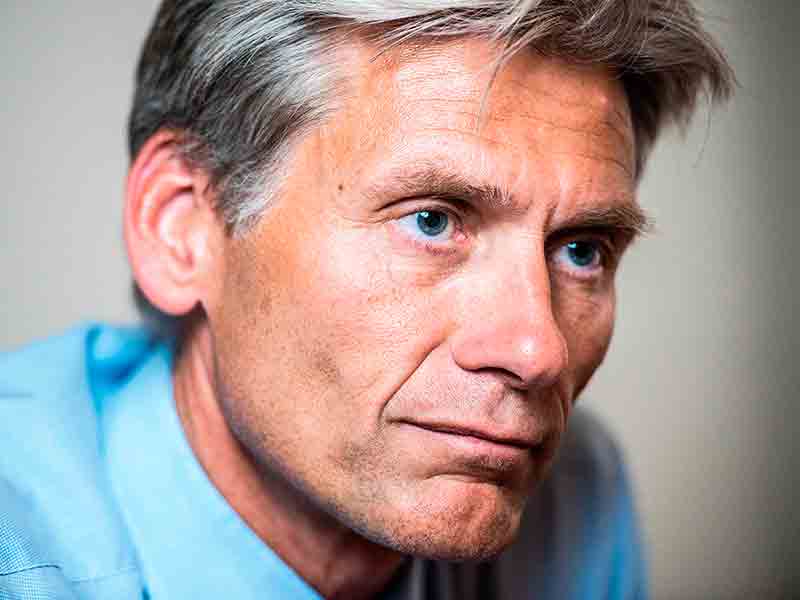 In 2018, Danske Bank CEO Thomas Borgen was ousted for the bank’s involvement in one of worst money laundering scandals in European history
Management

These days, it seems as if scandals can be found around every corner. From data breaches and dodgy accounting practices to money laundering and poor personal conduct, corporate debacles have toppled many a CEO.

Even some of the world’s most recognised business leaders have been forced out of a company following instances of misconduct – not necessarily because they were involved themselves, but because they failed to act against those who were.

European CEO takes a closer look at some of the biggest scandals involving CEOs in recent history.

Elon Musk, Tesla
Twitter is full of eccentric personalities and outspoken characters. While this can become problematic for anyone in the public eye, the dangers are amplified when you are the CEO of a multibillion-euro company. Tesla co-founder and CEO Elon Musk found this out the hard way, attracting the ire of the US Securities and Exchange Commission (SEC) for his controversial use of the social network.

In August 2018, Musk took to Twitter to reveal that Tesla had enough support from investors to take the company private at a premium of $420 (€371) per share. The SEC, however, said such “misleading tweets” caused “significant market disruption”, and later fined Musk and Tesla a total of $40m (€35.3m). As part of his settlement with the SEC, Musk also agreed to step down as the company’s chairman and appoint an in-house lawyer to vet his tweets moving forward.

The story did not end there, though: in February, Musk tweeted that Tesla was set to produce around 500,000 cars in 2019, again attracting the attention of the SEC. In fact, the federal body believed the tweet violated the terms of Musk’s previous settlement and appealed to a judge to hold the Tesla CEO in contempt of court.

On March 11, Musk’s lawyers denied the tweet contained any material information and argued the SEC was attempting to “trample on Musk’s First Amendment rights” in a court filing. The SEC has since said Musk’s contention “borders on the ridiculous”.

Carlos Ghosn, Nissan
A titan in the automobile industry, former Nissan CEO and Chairman Carlos Ghosn was credited with bolstering the company through ruthless cost-cutting practices after he joined in 1999, and played an instrumental role in the creation of the Renault-Nissan-Mitsubishi Alliance.

Despite these achievements, Ghosn was forced out of Nissan in November 2018, after he was arrested in Japan on allegations of financial misconduct. Ghosn was charged for underreporting his income by approximately JPY 5bn (€39.6m) over the five-year period to March 2015, and JPY 4.3bn (€34.1m) in the three years to March 2018. Ghosn was also charged for an aggravated breach of trust in relation to allegations of shifting JPY 1.85bn (€14.7m) in personal investment losses to Nissan in 2008.

After being dubbed a flight risk and subsequently held in custody for more than 100 days, Ghosn was released on bail in March 2019. He has denied any wrongdoing, telling the Nikkei Asian Review that his arrest was the result of “plot and treason” at Nissan.

John Stumpf, Wells Fargo
Wells Fargo – one of the world’s largest financial institutions – was embroiled in controversy in 2016 after it became clear that millions of fraudulent accounts had been created on behalf of the bank’s clients. The bank agreed to pay a fine of $185m (€139.2m) in relation to the incident, while CEO John Stumpf was soon forced to resign after investor anger towards his handling of the scandal – including a poor performance in a US Senate hearing – boiled over.

In 2017, CNBC reported that an investigation conducted by independent directors at Wells Fargo had shown Stumpf was aware of the “systemic nature” of issues in the bank’s sales practices from as early as 2012. The board further alleged that Stumpf had knowledge of specific cases dating back to 2002, but chose not to investigate the problem until 2015.

The Wells Fargo board of directors alleged that Stumpf had knowledge of specific cases dating back to 2002, but chose not to investigate the problem until 2015

Stumpf has also faced criticism for his praise for Carrie Tolstedt, the former head of Wells Fargo’s community banking division, who had been retroactively fired for the account fraud scandal. After the investigation, the board decided to claw back $28m (€24.7m) of pay from Stumpf, adding to the $41m (€36.2m) that had been taken upon his resignation. Stumpf did not respond to CNBC’s request for comment.

Thomas Borgen, Danske Bank
In 2018, Danske Bank CEO Thomas Borgen was ousted for the bank’s involvement in one of worst money laundering scandals in European history. Borgen announced his resignation from the company in September, with the intention of staying on until a long-term replacement was found. The bank’s board, however, “relieved [Borgen] of his duties” just a month later, appointing Jesper Nielsen, Danske’s Head of Banking DK, as interim CEO.

Following an investigation into payments of around €200bn at its Estonian branch, Danske Bank conceded that a “significant” number of the payments were suspicious. While Borgen said the external investigation had found him to have “lived up to [his] legal obligations”, he resigned shortly after.

According to a report by Bloomberg, Danske is now facing a fine of up to $630m (€555.6m) in Denmark alone – some executives may face separate lawsuits. In the wake of the money laundering admissions, Danske Bank’s market value dropped by about a third.

Martin Winterkorn, then CEO of Volkswagen, resigned soon after word of ‘dieselgate’ spread, saying the company needed “a fresh start”, but that he was “not aware of any wrongdoing on [his] part”. Although Volkswagen pleaded guilty in March 2017 and agreed to pay fines of $4.3bn (€3.8bn), Winterkorn has maintained that he had no knowledge of the scam.

However, the US filed criminal charges against Winterkorn in March 2018, accusing him of conspiracy to defraud the US Government, wire fraud and violating the Clean Air Act between May 2006 and November 2015.

After the indictment was unsealed in May 2018, US Attorney General Jeff Sessions said that the allegations of cheating legal air pollution levels “went all the way to the top of the company”. Sessions added: “These are serious allegations and we’ll prosecute this case to the full extent of the law.”