As new regulations are set to be imposed on the secretive Swiss banking industry, one financial institution feels the country is still an attractive place for investors, writes Jules Gray 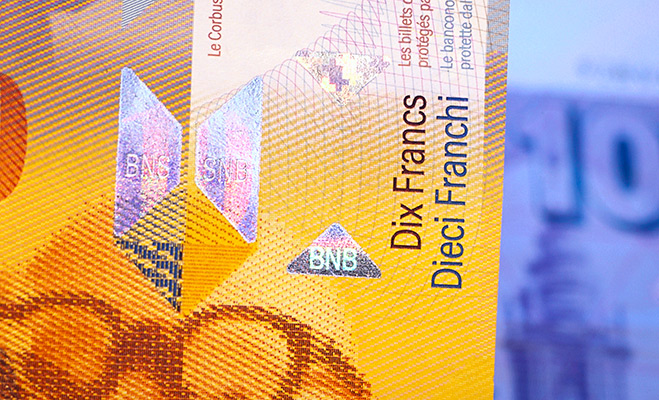 For years the preserve of secretive and wealthy investors eager to squirrel away money far away from their local taxman, Switzerland has started to come under increasing pressure to open up its banking sector to the scrutiny of international regulators. While some financial institutions see new regulations as an attack on the unique structure that has set Switzerland apart, others feel that this environment may present opportunities to Swiss bankers.

Trafalgar Wealth Management has been operating within this environment since 2006, making it a firm that has grown during a time of considerable transformation. Zsolt Bandy, the company’s CEO, spoke to European CEO recently about the challenges facing the Swiss market, and how his firm is well placed to emerge from a new regulatory landscape in a strong position.

Market challenges
With the recent financial turmoil impacting on markets across the globe, Switzerland was not immune to the resulting pressures. The industry, says Bandy, struggled to overcome these challenges, as they tended to react to problems instead of proactively trying to address any underlying issues. He says: “They look for the biggest problem and focus on that, while sometimes neglecting other problems, which are just as complex.”

He adds that the industry needs to react to solving these problems more quickly in the future: “I think there are some other threats that they haven’t even considered yet. They more or less hope and pray that the damage will not be as big, and that the banking system or another institution will not crack.”

A number of crises have caused the global financial markets to spin out of control. Many nearby countries in the EU are struggling to pay off massive debts, and Bandy believes that if these struggles spread to the larger countries then there will be very serious problems. He says: “If Greece fails it is affordable, but the biggest problem is France. It would have a much bigger impact on the whole financial system and would really shake the whole EU. If it’s only Greece then there is a solution, but if it goes over to bigger countries, like France or Italy, then the whole programme that is designed to save Greece will not have enough power to cope with the problem.”

Although the EU is Switzerland’s largest trading partner, the country is well-placed to gain from the troubles of its neighbours. Bandy says: “Switzerland can always profit from problems in other countries, because it can position itself as a solid platform for doing investment. When there’s a threat there are always opportunities.”

New regulations
There has been much talk of introducing a new tax treaty between Switzerland and other countries that lose money from assets held in the mountainous tax-haven. A recent proposal with Germany would have seen the almost €200bn worth of assets held in Swiss bank accounts receive a one-off tax payment of between 21 percent and 41 percent, had the German upper house not rejected it. In response, the Swiss Bankers Association said: “The German upper house has missed a major opportunity to reach a fair, optimum and sustainable solution for all parties to definitively settle the bilateral tax issues.”

Although this treaty failed, there is obviously a will to claw back some form of tax revenue by EU countries that have seen money sent to Swiss banks. Bandy says: “This gives some limitations to the banks and paralyses them from doing as much business as they used to. It is also a threat for the clients and they may not look to do business in Switzerland as a result.

“This was a big advantage for Switzerland since the Second World War. People came to Switzerland with their money without paying taxes. This money was seen as being in a safe haven for the clients, and because the clients did not really argue about the fees it was a high-margin business.”

Swiss expertise
In any case, Bandy believes that Swiss bankers are well-placed to weather the new regulatory storm imposed on them: “In general, there will be a new platform where Swiss banks and other financial institutions will see the chance to show and prove their abilities besides this safe haven function. I work together with foreign banks, and according to my experience, Swiss bankers have a good education, a lot of experience, great expertise, and their working attitude is also unique, compared to other countries.

“There are chances for Switzerland and the Swiss banking industry, but there will still be winners and losers. I think every bank and financial institution needs to find out what is key to be on the winners list.”

Changing financial landscape
The new financial climate has meant that some investors have become far more cautious than before, and many are sitting back and waiting until the storm passes. Bandy says this is borne out of the relatively expensive asset classes they invested in, as well as the pessimism for the future: “A lot of clients had very bad experiences with the high-margin asset classes and they are a little paralysed and very cautious. Additionally there is a negative bias with regards to the future, so the majority of the investors are standing by.

“Assuming the world is turning negatively, investors think that they would rather wait until asset classes become even cheaper. They are under performance pressure and so the banks don’t make any money. With the banks under pressure, one side effect is [they] concentrate on the few clients, but focus on the banks’ interests and tend to squeeze the clients.”

Partnering with clients
Part of the reason why Swiss banks have proven so popular with investors in the past is their determination to offer an all-round service. Trafalgar offers its External Asset Management service, which Bandy says is an institution of the Swiss financial industry. Highly regulated, the service is similar to that of a family office, but Trafalgar casts its net wider than the typical high-net-worth families associated with that asset-class.

Bandy says: “Family Offices, in the Anglo-Saxon countries, are usually for very rich families or individuals. By offering similar services we can apply it to clients with €1m upwards. It doesn’t need to be a Rothschild or a Rockefeller. The majority of our clients are between €1m and €10m. They receive the same good advice that they would get in a family office.”

He describes the service as “a partnership with the client, offering them an all-round advisory of their assets, to advise them in the different asset classes, disciplines, and also legal advice.” He adds that the advantage of the service is that it is more personal than the usual banking services: “For the client it means that his advisors are protecting his interests, and not the interests of the institution.” Choosing the right investments for clients is also a two-way street, and Trafalgar welcomes collaboration with the people they are serving. Bandy says: “In general, our advice and selection of asset classes has to match the client’s profile and needs. It’s not up to us to push any of the asset classes on the client. There’s no affinity to any particular asset class. There is always cooperation and we are also sparring partners of the clients, so they can always ask us for a second opinion.”

He adds that, through a number of partnerships with other firms, Trafalgar is able to get the best advice and expertise for its clients. In particular, Trafalgar has strong relationships with law firms, which Bandy says is essential in the current climate: “To cope with today’s challenges, it is very important that clients have the right set up and structure. If our clients need a trust to be set up, or require offshore services, or legal advice, then we can count on the law firms we work together with. With the regulations coming in, you have to be sure that you are getting the best advice.”

Choppy future
The uncertainty surrounding the eurozone and other financial markets means that there is a certain degree of pessimism from within the industry. Bandy feels there are some areas where value can be found: “We think the markets next year will be quite choppy, and there is an inherent risk of a meltdown. However, I think real estate will perform well, and gold will continue to outperform.”

While other firms might be looking to the future with a degree of apprehension, Bandy is optimistic that his firm will succeed: “We don’t have to change anything, and we’re not under any pressure. We have a solid platform that is prepared for the future challenges. On the other hand, we are always open for new opportunities and partnerships.

“There will be quite a bit of growth of the company next year. It’s an opportunistic stance that we have. If there are some good opportunities that arise then we will take them.”