Following the LIBOR scandal, the EBC has launched its own benchmark interest rate

In 2012, an international investigation confirmed that some banks had been rigging LIBOR to inflate their profits. With several financial markets publishing alternative benchmarks, the European Central Bank is aiming to consolidate its own 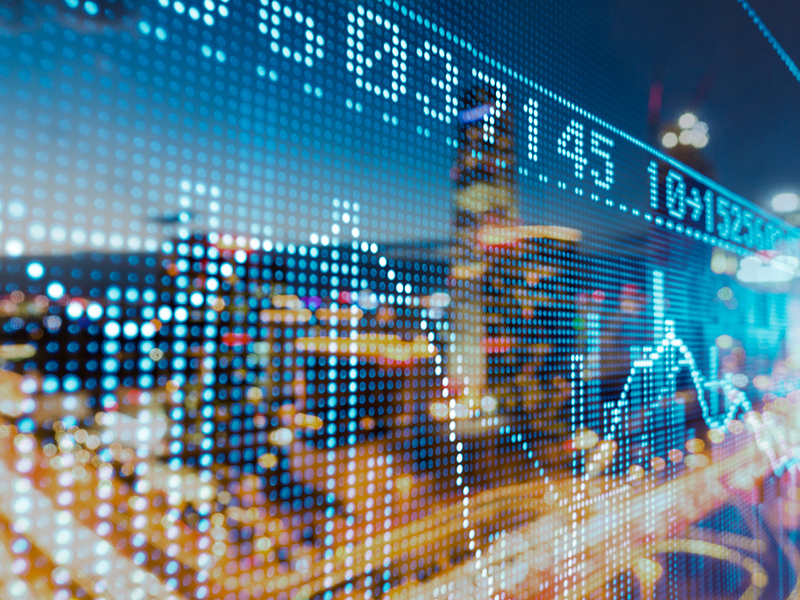 As London developed into one of the world’s foremost financial centres, LIBOR went from pricing individual contracts to being the basis of billions of euros’ worth of deals
Featured

The world’s most important number is on its last legs. The London Interbank Offered Rate (LIBOR) may not be particularly well known outside of financial circles, but most people will have been affected by it in some way or another.

Essentially, LIBOR is a benchmark interest rate that determines how much banks have to pay to borrow from one another on the short-term loan market. But LIBOR has a huge bearing on consumer loans as well: the interest rate paid on consumer credit (everything from mortgages to student loans) depends on interbank interest rates. This is what gives LIBOR such huge standing in the financial world. Collectively, the number is believed to impact over $300trn (€270.03trn) worth of contracts around the world. Or, at least, it did.

As the size of international financial markets became bigger, the rewards for rigging LIBOR became too much for some bankers to turn down

The financial world is currently in the process of cutting LIBOR adrift. In 2012, an investigation confirmed what had been suspected for several years: LIBOR was being rigged. Now, the benchmark is set to be decommissioned by the end of 2021, leaving financial institutions scrambling to come up with alternatives. In Europe, the front-runner is the euro short-term rate (ESTR), which was published by the European Central Bank (ECB) for the first time on October 2. The transition to this new rate, however, is unlikely to be without its issues, and it is not the only LIBOR alternative being considered.

Scandal strikes
LIBOR has a long history. Greek banker Minos Zombanakis devised the measure in 1969 as a way of setting an interest rate that would satisfy multiple lenders. At the time, banks were reluctant to lend at a fixed rate for long periods, particularly where a high degree of risk was involved. Instead, Zombanakis proposed that lenders would pay an interest rate that was recalculated every few months. The first major deal involving Zombanakis’ new system allowed the cash-strapped Iranian Shah to borrow $80m (€72m). It was the start of a syndicated loan market that eventually morphed into LIBOR.

As London developed into one of the world’s foremost financial centres, LIBOR went from pricing individual contracts to being the basis of billions of euros’ worth of deals. For many years, the system worked pretty well: each morning, major global banks would submit an interest rate to the Intercontinental Exchange (ICE) based on how much they would charge other banks for short-term loans. The ICE removed the highest and lowest figures, before creating an average based on those that remained. The ICE Benchmark Administration then published this figure as that day’s LIBOR benchmark.

Around the time of the 2008 financial crisis, however, people started to notice that some of the banks’ LIBOR submissions looked suspiciously low or unusually high. In 2012, an international investigation confirmed these misgivings: some bankers had been manipulating LIBOR for their own profit, probably for years.

“In 2012, several major banks were reported to have manipulated the LIBOR market,” Aditya Oak, Principal Consultant at Brickendon, a management and technology consultancy, told European CEO. “It all started after the financial crisis, when the banks were not actually lending to each other in an unsecured capacity. This meant that LIBOR was not… an observable rate in the interest rate/lending markets. As a result, major banks were able to manipulate this rate to their benefit.”

Despite the apparent complexity of financial markets, fudging LIBOR was relatively straightforward. By submitting a rate that was artificially high or low, LIBOR could be shifted. Moving LIBOR even a few fractions of a percentage could allow individuals to make huge profits, or make banks appear healthier than they were. “Various reports suggest the LIBOR manipulation may have been going on for decades,” Oak added. “In fact, it was not just LIBOR, but other rates like the Tokyo Interbank rates that were also manipulated.”

As the size of international financial markets became bigger, the rewards for rigging LIBOR became too much for some bankers to turn down. Bloomberg estimates indicate that by shifting LIBOR up by just 0.002 percent on any given day, banks could gain as much as $250,000 (€225,025) on a portfolio of interest-rate swaps totalling $50bn (€45bn). But the rewards were accompanied by sizeable risks: when the LIBOR manipulation came to light, the banks involved were collectively fined over $9bn (€8.1bn) and complicit individuals were given lengthy jail terms. As the dust settles
In the wake of the LIBOR rigging scandal, dishing out such punishments was the easy part. More challenging was deciding how the financial sector was going to replace a figure that had proved so fundamental to its operations for decades.

“LIBOR underpins trillions of dollars of financial instruments, including swaps, mortgages, credit cards and many other products,” Oak said. “A change to the benchmark rate means a complete overhaul of the financial markets in terms of how the contracts are drafted and priced through to how the risk is managed. It is going to completely change the financial market’s function.”

The ECB has decided that LIBOR will be replaced by its own benchmark, ESTR, which it began publishing in October. ESTR is based on the transactional data reported by the 52 largest eurozone banks each day – totalling around €30bn, on average. In addition to serving as a replacement for LIBOR, it will also succeed the Euro Overnight Index Average (EONIA), the one-day interbank rate for the eurozone that is due to be discontinued by the end of 2021.

“Unlike EONIA, which is an overnight index average of interbank lending transactions, ESTR is based on wholesale lending transactions,” Oak explained to European CEO. “There are fewer observable transactions in the interbank market as opposed to the wholesale market, which has more participants and therefore more published rates. As a result, there is less of a chance for individual market makers to manipulate ESTR.”

Although the shift to ESTR will take some getting used to, banks were given sufficient warning ahead of the rate’s first publication on October 2. In fact, so-called ‘pre-ESTR data’, which dated back to March 2017, was made available months in advance of the shift, giving financial institutions plenty of time to plan for the migration.

The road to LIBORation
While the ECB has its own proposal for fixing the LIBOR mess, it is not the only solution being trialled: the Bank of England moved to its Sterling Overnight Index Average (SONIA) in April 2018; banks in Switzerland have had to become accustomed to the Swiss Average Rate Overnight index; and the Bank of Japan now recommends the Tokyo Overnight Average Rate as its preferred benchmark. Likewise, the US has its own Secured Overnight Financing Rate (SOFR). All in all, it adds up to a more fragmented financial market, but one that banks, clients and regulators are slowly getting to grips with.

“SOFR and SONIA are being published and some derivative contracts are available via the clearing houses,” Oak said. “ESTR is the overnight rate that has been trialled since the start of October 2019. The key for the next couple of years is going to be the levels of liquidity in the markets for the new rates and products. As more institutions adopt the new rates and the liquidity in the market increases, the new rates should start to thrive in the
new financial markets.”

There are, however, reasons to believe that the move away from LIBOR will encounter a few more hurdles in the coming years. Long-term contracts designated in the soon-to-be-discontinued rate will need to be rewritten – a fact that is already causing some regulators headaches. Meanwhile, new rates – including ESTR – are backward-looking and fail to replicate the LIBOR terms that look months or even years into the future. Coming up with new reference rates is a necessary move to clean up financial markets, but it is only the first step.