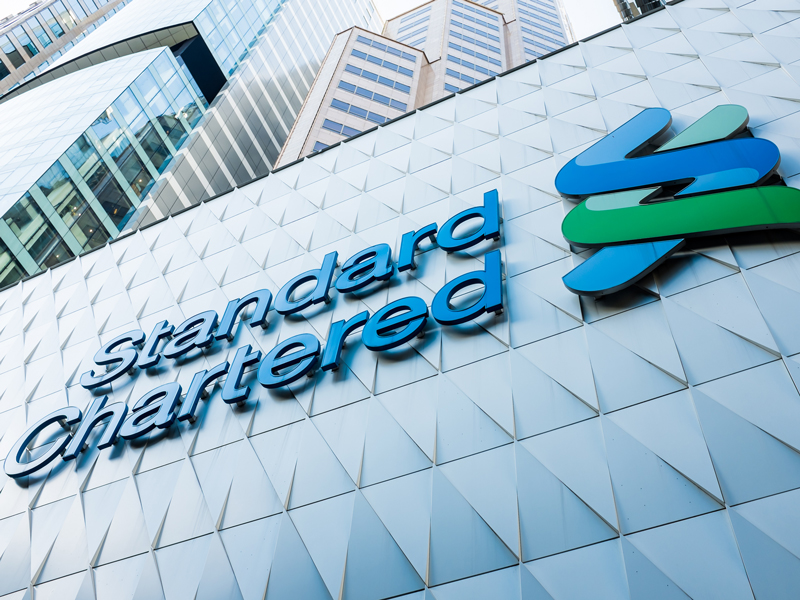 British bank Standard Chartered will buy back $1bn of its shares. The firm made the announcement alongside the release of its Q1 2019 results
Finance

Standard Chartered will buy back up to $1bn (€890m) of shares for the first time in at least 20 years as the Asia-focused bank seeks to rein in legacy issues and boost returns as part of a turnaround strategy.

The tactical shift was announced on April 30 along with the London-based firm’s results for the quarter ended March 31. For the three months, underlying profit before tax rose 10 percent to $1.4bn (€1.25bn).

Following the firm’s buyback announcement its share price rose as much as 5.5 percent

“We will maintain our strategic investment programme and start to buy back $1bn [€890m] of our shares, reflecting our confidence in our ability to execute the strategy and create long-term shareholder value,” CEO Bill Winters said in a statement.

The move comes less than a month after Standard Chartered agreed to pay a settlement of $1.1bn (€980m) to US and British regulators over transactions that violated sanctions against Iran between 2008 and 2014. Winters said the actions were “not representative” of the bank today, according to a Reuters report.

Even as Winters has attempted to turn the bank around, Standard Chartered has been plagued by scandals. Reuters calculated the company’s London-listed shares have tumbled 42 percent since he became CEO in 2015.

Following the firm’s buyback announcement, however, its share price rose as much as 5.5 percent.

“The resolution of our legacy conduct and control issues means we can now manage our capital position more dynamically,” Winters said. According to Bloomberg, Standard Chartered’s Chief Financial Officer, Andy Halford, told journalists the bank was “done” with legal expenses for the moment.

In February, Winters announced a $700m (€625m) cost-cutting plan to deliver a double-digit return on tangible equity by 2021.

In a note emailed to investors, Naeem Aslam, Chief Market Analyst at ThinkMarkets, said a key point in Standard Chartered’s quarterly earnings was its two percent reduction in operating expenses, which fell to $2.4bn (€2.14bn).

“Investors need to see healthy returns, and for this to happen, the bank needs to tighten its belt around its operational expenses and avoid penalties,” Aslam wrote.

Although the macroeconomic outlook remains uncertain in the emerging markets where Standard Chartered operates, the bank may finally be able to draw a line under its years of misconduct issues and loan losses.