When the price of bitcoin soared in 2017, many started to believe in a cryptocurrency revolution. But the concept of ‘new’ money has a long and unfruitful history 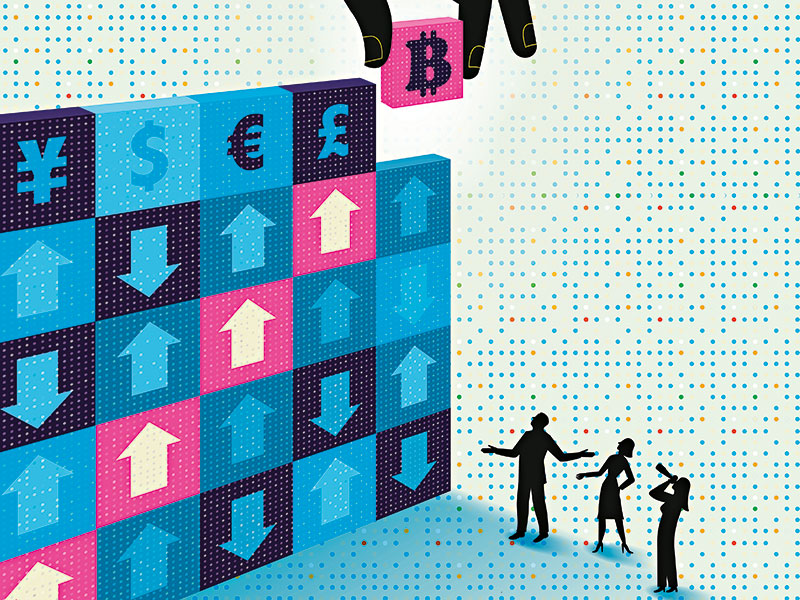 The public’s fascination with cryptocurrencies is tied to a sort of mystery, like the mystery of the value of money itself
Finance

The cryptocurrency revolution, which started with bitcoin in 2009, claims to be inventing new kinds of money. There are now nearly 2,000 cryptocurrencies, and millions of people worldwide are excited by them. What accounts for this enthusiasm, which so far remains undampened by warnings that the revolution is a sham?

One must bear in mind that attempts to reinvent money have a long history. As the sociologist Viviana Zelizer points out in her book The Social Meaning of Money: “Despite the common sense idea that ‘a dollar is a dollar is a dollar’, everywhere we look people are constantly creating different kinds of money.” Many of these innovations generate real excitement – at least for a while.

New ideas for money seem to go with the territory of revolution, accompanied by a compelling, easily understood narrative

As the medium of exchange throughout the world, money, in its various embodiments, is rich in mystique. We tend to measure people’s value by it. It sums things up like nothing else. And yet it may consist of nothing more than pieces of paper that just go round and round in circles of spending. So its value depends on belief and trust in those pieces of paper. One might call it faith.

Take note
Establishing a new kind of money may be seen as a community’s avowal of faith in an idea, and an effort to inspire its realisation. In his book Euro Tragedy: A Drama in Nine Acts, the economist Ashoka Mody argues the true public justification for creating the European currency in 1992 was a kind of “groupthink”, a faith “embedded in people’s psyches” that “the mere existence of a single currency… would create the impetus for countries to come together in closer political embrace”.

New ideas for money seem to go with the territory of revolution, accompanied by a compelling, easily understood narrative. In 1827, Josiah Warner opened the Cincinnati Time Store, which sold merchandise in units of hours of work, relying on ‘labour notes’ that resembled paper money. The new money was seen as a testament to the importance of working people, until he closed the store in 1830.

Two years later, Robert Owen, sometimes described as the father of socialism, attempted to establish the National Equitable Labour Exchange in London, relying on labour notes, or ‘time money’, as currency. Here, too, using time instead of gold or silver as a standard of value enforced the notion of the primacy of labour. But, like Warner’s time store, Owen’s experiment failed.

Bad penny
Likewise, Karl Marx and Friedrich Engels proposed that the central communist premise – the “abolition of private property” – would be accompanied by a “communistic abolition of buying and selling”. Eliminating money, however, was impossible to do, and no communist state ever did so. Instead, as the British Museum’s recent exhibit, The Currency of Communism, showed, they issued paper money with vivid symbols of the working class on it. They had to do something different with money.

During the Great Depression of the 1930s, a radical movement called ‘technocracy’, associated with Columbia University, proposed to replace the gold-backed dollar with a measure of energy, the ‘erg’. In their book The ABC of Technocracy, published under the pseudonym Frank Arkwright, they advanced the idea that putting the economy “on an energy basis” would overcome the unemployment problem. The technocracy fad proved to be short-lived, though, after top scientists debunked the idea’s technical pretensions.

But the effort to dress up a half-baked idea in advanced science didn’t stop there. Parallel with technocracy, in 1932 the economist John Pease Norton, addressing the Econometric Society, proposed a dollar backed not by gold, but by electricity. While Norton’s electric dollar received substantial attention, he had no good reason for choosing electricity over other commodities to back the dollar.

At a time when most households in advanced countries had only recently been electrified, and electric devices from radios to refrigerators had entered homes, electricity evoked images of the most glamorous high science. But, like technocracy, the attempt to co-opt science backfired. In 1933, syndicated columnist Harry I Phillips saw in the electric dollar only fodder for comedy. “But it would be good fun getting an income tax blank and sending the government 300 volts,” he noted.

Other side of the coin
Now we have something new again: bitcoin and other cryptocurrencies, which have spawned the initial coin offering (ICO). Issuers claim that ICOs are exempt from securities regulation because they do not involve conventional money or confer ownership of profits. Investing in an ICO is thought of as an entirely new inspiration.

Each of these monetary innovations has been coupled with a unique technological story. But, more fundamentally, all are connected with a deep yearning for some kind of revolution in society. The cryptocurrencies are a statement of faith in a new community of entrepreneurial cosmopolitans who hold themselves above national governments, which are viewed as the drivers of a long train of inequality and war.

And, as in the past, the public’s fascination with cryptocurrencies is tied to a sort of mystery, like the mystery of the value of money itself, consisting in the new money’s connection to advanced science. Practically no one, outside of computer science departments, can explain how cryptocurrencies work. That mystery creates an aura of exclusivity, gives the new money glamour and fills devotees with revolutionary zeal. None of this is new and, as with past monetary innovations, a compelling story may not be enough.