Already responsible for disrupting a number of industries, blockchain heralds the next financial and technological revolution. To get in on the act, new investment funds are turning their attention to blockchain-orientated start-ups 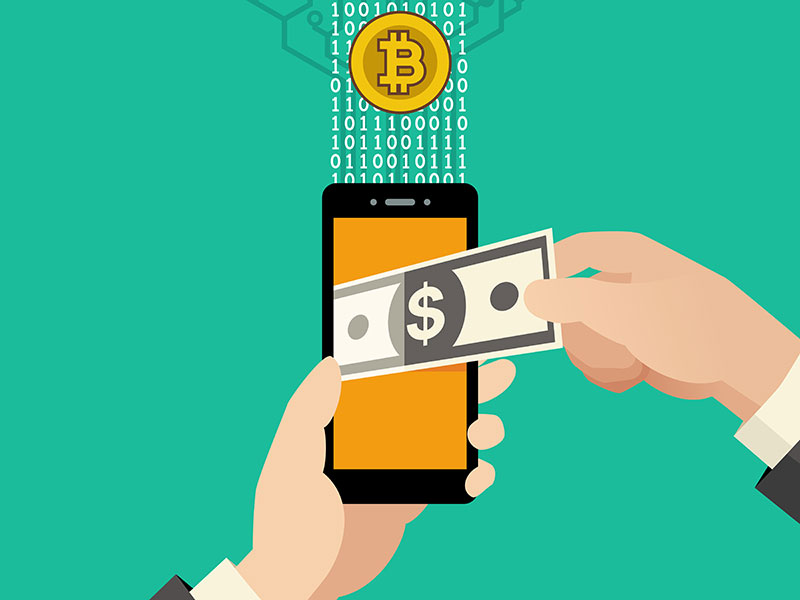 Over the past three years, TMT Blockchain has successfully invested in a number of high-profile blockchain projects
Finance

At the tail end of 2017, TMT Investments unveiled the TMT Blockchain Fund, a new vehicle dedicated to investing in blockchain-orientated start-ups before they hold initial coin offerings (ICOs). Worth some $60m (€51.9m), the investment fund offers cash in exchange for capital before any potential ICO. The fund was essentially inspired by a desire to embrace the new economy by incorporating the latest assets and mechanisms designed for growing wealth.

The support we offer at TMT Blockchain isn’t solely financial, however: during the time leading up to an ICO, we teach companies to build business models centred on sustainability. This approach speaks for itself: over the past three years, TMT Blockchain has successfully invested in a number of high-profile blockchain projects, building tech unicorns in Eastern Europe and launching a number of key blockchain ecosystem providers.

And despite being a relatively new company, TMT Blockchain’s proven experience, combined with a clear outlook that stems from an extremely professional team, promises to be an exciting development tool for blockchain and cryptocurrency-based start-ups around the world.

Tech progress
Start-ups that previously fought for investors’ attention now earn millions of dollars issuing and selling cryptocurrencies through ICOs. According to research firm Smith and Crown, blockchain-orientated start-ups attracted over $1bn (€864.6m) through ICOs in the first half of 2017 – 10 times the value achieved in 2016.

In my mind, the most famous cryptocurrency, bitcoin, boasts technology that is nothing short of revolutionary. Although bitcoin has sometimes been used for criminal purposes, this does not take away from the role it has played in technological progress.

It is also worth noting that only one critical vulnerability has surfaced during almost nine years of operation – in 2010, someone hacked 92 billion bitcoins into existence. To fix the bug – a simple number overflow error – a ‘reset’ was instigated, cancelling all transactions that took place during the period. Despite the gravity of the hack, the fact there has only been one such incident to date is impressive.

Today, we are all used to sharing information through a decentralised interactive internet platform. But when it comes to transferring money, we still rely heavily on the services of old, centralised financial institutions – namely, banks. While there are some alternative methods of payment available via the internet – the most obvious example being PayPal – they often require integration with a bank account or credit card to be used effectively.

Blockchain technology presents an attractive opportunity to get rid of this extra link in the chain, offering an alternative to the roles traditionally played by the financial services industry – namely transaction registration, identity verification and the creation of contracts. This is of great significance, as the financial services industry is currently the world’s largest by market capitalisation.

Fortunately, the transfer of at least part of this system to blockchain technology will significantly improve the efficiency of financial services. In addition to issuing currencies such as bitcoin, blockchain technology can be used to store any kind of digital information, including computer code. Naturally, with such leaps and bounds, challenges will arise. For contracts, the main challenges will be presented by regulation.

Regulatory hurdles
One of the growing concerns among regulators is the misuse of crypto-exchanges to defraud vulnerable investors. Due to the nature of cryptocurrencies, tracking and resolving any fraudulent transaction is a significant challenge.

That is why, in January, authorities in South Korea announced banks would be required to verify the identity of their customers if their accounts were linked to crypto-exchanges. In other words, those wishing to buy cryptocurrencies in South Korea lost their right to anonymity. In China, meanwhile, the People’s Bank of China banned local exchanges – including BTCC, Huobi and OKCoin – and effectively put a stop to all activities related to digital currencies, in accordance with anti-money laundering legislation.

The US has also tightened requirements in order to make such transactions as transparent as possible. Last November, the Internal Revenue Service (IRS) won a lawsuit against popular currency exchange Coinbase, forcing it to provide information on users who had made deals in bitcoin worth over $20,000 (€17,300) between 2013 and 2015. As only around 800 tax declarations were reported annually during this period, it is clear the IRS is taking crypto tax evasion very seriously.

New way forward
The action taken by the US, South Korea and China seems to be indicative of a new era of cryptocurrency exchange. Ultimately, now is the time to reach a good balance between the need for regulation and the desire for independence.

On the one hand, this shift may impact the popularity of tokens; the enthusiasm of start-ups will inevitably be deflated by complex bureaucratic procedures. On the other hand, projects that were not initially aimed at attracting investments – those hoping to raise funds via fraudulent means – will leave the market, making it more secure for start-ups and investors alike.

In terms of ICOs, blockchain-orientated start-ups can register as many cryptocurrencies as they want, on their own terms. This has removed the need for time-consuming contractual agreements and the solicitation of help from venture capitalists – instead, investors are attracted through the internet, and tokens can be transferred through the same medium. The ICO model of fundraising has, in fact, made the venture capital alternative obsolete.

The capital lockups we see in traditional venture firms do not happen in the ICO world. Investors can get huge returns on their investments just weeks – or even days – after being listed on an exchange. When ICOs become the industry standard, old-world fundraising, such as venture capitalism, could be shown the door. Yet, this year we have already seen a number of mistakes being made by companies running ICOs: badly constructed smart contracts, CEO email hacks and Know-Your-Customer-related errors have forced several companies to fold and/or return all the funds they raised.

Fundraising is a full-time job, and one that is very hard to do on your own, which is why structures like venture capitalism exist. Moreover, most ICO investors put money into an idea without any knowledge of the existing framework or business practices of the company in question. To succeed in contributing to a prosperous business, an investor needs to have considerable experience and expertise in the industry.

With a great deal of practical knowledge – especially when it comes to analysis – TMT Blockchain can ensure the consolidation of crypto-exchanges. Further, we can help start-ups make full use of their agility to implement the latest compliance mechanisms not yet available on larger exchanges. Such adaptability is key. Indeed, by the end of the year, we expect only a few major crypto-exchanges will have successfully adapted to all the necessary rule changes. For those who remain, we look forward to standing alongside you.