Europe must unite against existential and physical threats

With immediate fiscal union putting the long-term agenda of political union at risk, a military and security partnership is the EU’s best chance to move closer together 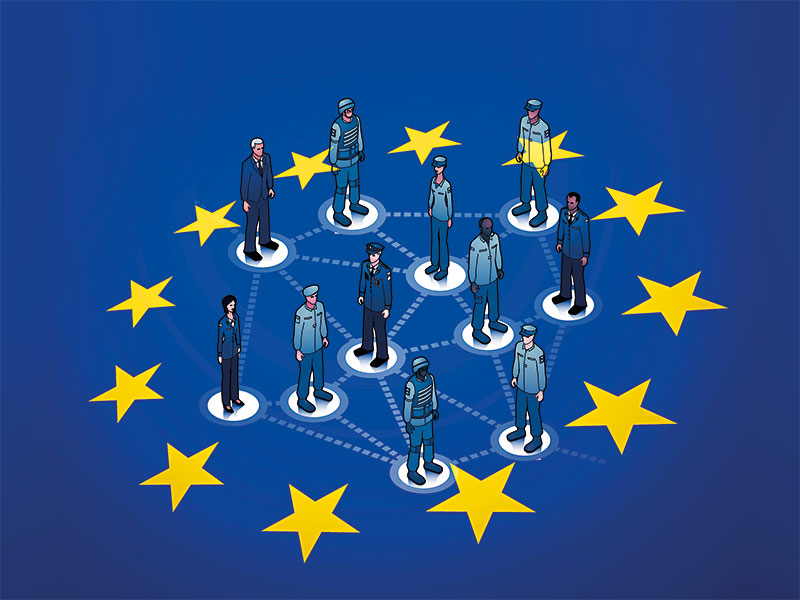 Emmanuel Macron’s victory in the French presidential election sent a wave of relief and euphoria across Europe. But now a reality check is in order, because we do not yet know how the new leader intends to restore the French economy. The country suffers from an unemployment rate of nearly 10 percent, and its manufacturing sector is still operating 12 percent below its level before the 2008 global financial crisis.

Macron has indicated that he does not want to increase the retirement age, change the 35-hour workweek, or make it easier for firms to dismiss workers. At the same time, he wants northern eurozone countries to send money to southern countries to protect French financial and economic markets in these regions.

Macron economics
This is an admittedly broad-brush portrayal of the programme that got Macron elected, but it is nonetheless to the point. What else could he possibly mean when he calls for a newly created eurozone finance ministry that can accrue jointly guaranteed debt and collect its own taxes? What about when he asks for common eurozone deposit protection and unemployment insurance? The motive behind these ideas is all too obvious: support the domestic economy at others’ expense.

Macron also supports proposals for a new eurozone parliament, proclaiming a two-tier Europe. But that is simply a recipe for splitting up the EU.

Turning the eurozone into a transfer union with its own parliament would only deepen the divide between eurozone countries and the EU’s northern and eastern member states: Denmark, Sweden, Poland, the Czech Republic, Croatia, Hungary, Romania and Bulgaria. Because most of those countries will not join a European transfer union, they would be cut off permanently. As Donald Tusk, the Polish President of the European Council, has wryly observed, we already had a two-tier Europe up until 1989, and we should not wish for a return to that arrangement.

Macron has indicated that he does not want to increase the retirement age, change the 35-hour workweek, or make it easier for firms to dismiss workers

German policymakers, for their part, could not easily help Macron bifurcate the EU even if they wanted to, because Germany’s constitution grants the Bundestag the inalienable authority to manage the country’s fiscal affairs. Even if every single member of the Bundestag agreed to transfer part of its fiscal sovereignty to a European-level institution, such a decision could still be made only through a formal referendum.

Germany’s powerful Constitutional Court has already made it clear that eurozone bailouts and other interventions represent the outer limits of what is possible under Germany’s Basic Law. The court may have deferred to the European Court of Justice on the question of the European Central Bank’s “outright monetary transactions” scheme, but it will not be able to do the same with respect to fiscal sovereignty, because the constitution is clear, and the ECJ has no standing to interpret German constitutional law.

Combined firepower
That being said, it is important that European integration moves forward. There is still much work to do to improve the EU’s cross-border traffic routes, and to strengthen its security partnerships. Indeed, Europe should take a lesson from the wars of the 20th century and do away with national armies altogether. Only then will Europe’s union for peace become a reality, and not just a platitude invoked by politicians.

During the post-war era, European heads of state drafted a treaty to establish a western European defence community. But the proposal fell through in 1954, owing to a veto by France’s National Assembly, against the recommendation of Charles de Gaulle. Later, the UK opposed a joint European military.

But the UK will no longer be a part of the EU, at least for the foreseeable future; and France has a young, dynamic new president. So, it is time to try again. The German people can probably be persuaded to agree to this form of integration, in the same referendum that will have to be held, anyway, to approve Macron’s fiscal plans. The same can be said for the people of eastern Europe.

By pursuing true political integration based on a common army and security partnership for the entire EU, Macron can guarantee his place in the history books. To achieve this goal, however, he will have to break from the precedent set by his predecessors, who always categorically ruled out a political union. And he will have to acknowledge Germany’s concerns that by establishing a fiscal union now, Europe would lose the opportunity to pursue a political union in the future.

Combining Europe’s military forces under a joint command is the only way forward. Creating a fiscal union without a political union would forever block the road to European unification, and set the people of Europe against one another more than the euro ever did. No one who wants to build a union for peace can afford to permit, much less encourage, that outcome.