Jean-Claude Juncker’s ambitious investment plan for Europe was initially denounced for being too little, too late, but five years on, it has transformed the economic fortunes of thousands of small businesses across the continent 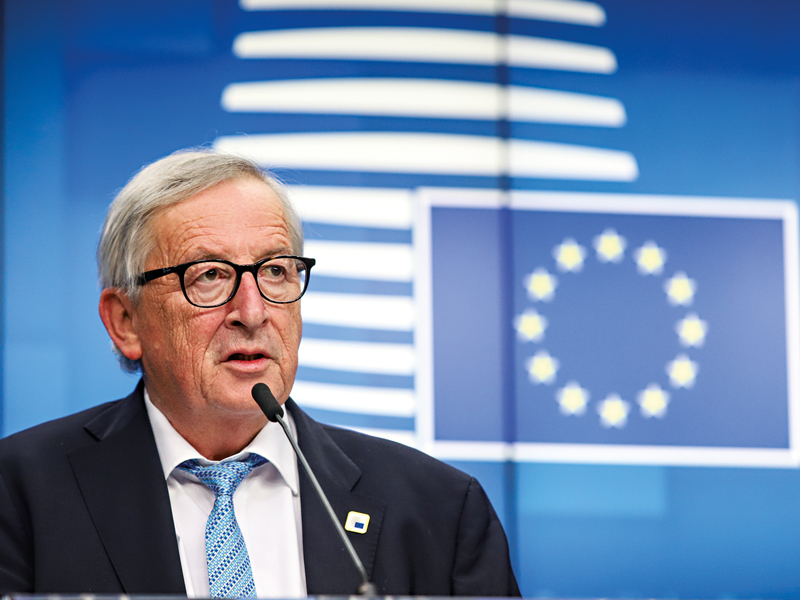 When Jean-Claude Juncker took up his post as president of the European Commission in 2014, the continent was in turmoil. Unemployment was rife, particularly across countries suffering in the wake of the European debt crisis, while crippling austerity policies had instigated widespread political dissent. Businesses across the bloc were grappling with poor digital infrastructure and a chronic lack of funding for research and development, making economic advancement slow and arduous.

Juncker was facing an uphill battle to get Europe back on a positive growth track. This mammoth task required a two-stage approach, the first being the identification of areas ripe for transformation. Juncker landed on infrastructure, an area in which progress was lagging across the continent due to national governments limiting public spending in previous years.

“There was a lot of money available in theory, but in practice it was not being put to work because trust had been lost,” a spokesperson for the European Investment Bank (EIB) told European CEO. “Underinvestment was a problem both in [research and development] and normal infrastructure, but there was also the issue of financing new start-up companies as people were wary and they didn’t want to invest in projects where it wasn’t clear whether they were going to be viable or profitable. So there were problems at all levels.”

While Juncker’s strategy has greatly improved Europe’s fortunes, a number of significant and deep-seated issues remain

The second stage of Juncker’s mission was developing a strategy that would not only provide EU funding, but would also restore private sector confidence. This strategy, known as the Juncker Plan, faced fervent criticism upon its launch in 2014, with detractors calling it overly ambitious and too little, too late. Five years later, however, and Juncker and his supporters have been vindicated: the plan appears to have achieved the seemingly impossible task of solving some of the continent’s most entrenched issues.

Three pillars
The Juncker Plan, officially called the European Commission Investment Plan for Europe, consists of three pillars. The first, named the European Fund for Strategic Investments (EFSI), is a guarantee mechanism that seeks to catalyse private sector investment by providing an EU safeguard for riskier ventures, supported by the EIB. The second pillar is an advisory arm, which provides technical assistance to potential investors and promotes funding opportunities, while the third focuses on regulatory reforms to foster a more transparent business environment.

Attention has tended to focus on the first pillar, the EFSI, as it’s through this that the impact of the Juncker Plan is most evident. Originally, the EFSI had a pot of around €21bn in seed capital, €16bn of which came from the European Commission budget, with the remaining €5bn provided by the EIB, according to its spokesperson. This guarantee capital is designed to leverage private funding for projects deemed too risky for investment in their own right. “Often, [private investors] only need a tiny fraction of their loan portfolio guaranteed,” explained the spokesperson. “So what we do [through the EFSI] is take away the risk – we don’t guarantee the entire portfolio, just what could go bust. That might only be five percent.”

By putting this €21bn to work in 2015, the EFSI surpassed its target of mobilising €350bn of private sector funding last year – a figure it was not scheduled to hit until 2020. The instrument has been so successful that a new €500bn target has been set, to be achieved by February next year.

Small business benefits
As of June 2019, 952,000 SMEs have benefitted from funding through the EFSI, many of which would have struggled to access vital investment without it. One such example is the Finland-based social enterprise Koto-SIB, which helps to integrate migrants and refugees from countries such as Syria and Iraq into the labour force by providing them with skills training and jobs. Koto-SIB works with Finnish companies to identify potential vacancies, then delivers specific training to migrants to allow them to fill those gaps. “It’s a targeted, tailor-made programme, and [it allows] the participants to get a secure, skilled job,” said the EIB spokesperson. “In this way, the programme benefits both ends of society – the Finnish companies, because they were in need of a skilled worker, and the refugees.”

The EFSI has also facilitated funding for pioneering medical research, such as that carried out by German medical technology firm MagForce, which, in 2011, developed the first nanotechnology-based therapy for brain cancer. The treatment works by introducing magnetic nanoparticles into a solid tumour; these are heated using an alternating magnetic field that destroys the tumour from the inside, alleviating the need for open brain surgery. MagForce is now seeking to test its technology on other types of cancer. To fund this, it has turned to the EFSI, as medical trials are extremely expensive to carry out and, being a small start-up, the company simply does not have the necessary capital. Thanks to investment through the Juncker Plan, however, the firm has now begun clinical trials to test the effectiveness of the technology on prostate cancer.

It’s not only small firms that have received funding through the EFSI; the instrument has also been used to catalyse investment in onshore and offshore wind farms, fund new roads and provide research and development capital for universities across the continent. The Juncker Plan has supported the creation of 750,000 jobs, provided access to high-speed broadband for 15 million households, financed the construction of 500,000 social and affordable housing units, and boosted EU GDP by 0.6 percent.

A critical eye
Some, however, have raised concerns that the Juncker Plan’s success has been overstated. In January, a report from the European Court of Auditors found that a number of the projects financed under the EFSI would have been eligible for EIB funding anyway, particularly in the transport and energy sectors. It also criticised the geographical spread of EFSI-support investment, claiming that 82 percent of funding went to just 15 EU member states, many of which have more robust national investment programmes than their Eastern European counterparts. The report’s findings were heavily criticised by both the EIB and the European Commission, with commission spokesperson for economic and financial affairs Annika Breidthardt telling reporters that it did not “show the full picture”.

Although the EFSI has succeeded in catalysing a significant amount of investment, it has not boosted Europe’s economy in the way Juncker hoped

Moreover, although the EFSI has succeeded in catalysing a significant amount of investment, it has not boosted Europe’s economy in the way Juncker hoped: foreign direct investment across the bloc has still not returned to pre-2008 levels; unemployment remains high in countries such as Greece and Spain; and as much as 17 percent of EU households still do not have access to high-speed internet. While Juncker’s strategy has greatly improved the continent’s fortunes, a number of significant and deep-seated issues remain.

These criticisms should not, however, detract from the fact that financing awarded under the Juncker Plan has proved to be an overwhelmingly positive force for the individuals and SMEs that have benefitted from it. In Finland, 550 refugees have been integrated into the workforce as a result of Koto-SIB’s programme, while in Germany, a MagForce patient named Mateusz Dobrowolski has been in remission from brain cancer for the past 18 months thanks to the company’s revolutionary treatment. Regardless of the plan’s macro implications for Europe’s economic recovery, it has nevertheless changed – and perhaps even saved – lives across the continent. For this, Juncker has much to be praised for.