Greece: Do not expect returns 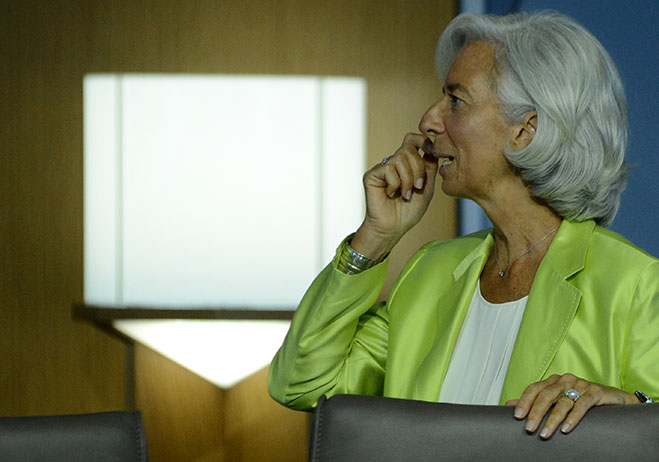 After complying with the most recent set of reforms imposed by the Troika and eurozone lenders, Greece finally received the €4bn in aid it was promised. The IMF has warned lenders to not expect returns on their investment as in order to bring stability to the region European governments must be prepared to write off at least €7.4bn in loans over the next two years. Greek debt was recorded at 156.90 percent of GDP at the end of 2012 and it is expected to go as high 176 percent by the end of the year.

Despite the bleak forecast, Christine Lagarde, managing director of the IMF remains confident that European lenders will make good on their promise to provide the debt relief Greece’s struggling economy requires, so long as it continues to tolerate the ever stricter reform program imposed on its government. “I have no reasons to believe the Europeans would not themselves deliver on their undertaking vis-à-vis Greece,” she told reporters. “What form those further measures and assistance will take will certainly be discussed at a later stage.”

European policymakers, on the surface at least, seem to be happy to believe that continued stimulus packages in exchange for Greek reformation will eventually rescue the sick man of Europe. However, Paulo Nogueira Batista, the South American representative to the IMF’s board was on hand to offer his rather candid opinion on the matter. He made it clear that postulations over the country’s future were “over-optimistic”. He concluded that “the widespread perception that the hardship brought on by draconian adjustment policies is not paying off in any way [and] has further undermined public support for the adjustment and reform programme.”

The point that seems to be eluding the Troika and eurozone lenders is that despite continued attempts to save Greece, its GDP figures continue to shrink and the money fed into its struggling economy is doing little to change that reality. The recession has lasted nearly six years and been made worse by outsiders flip-flopping between harsh austerity measures and huge bailouts. Batista’s comments are insensitive and offer little in the way of alternatives to fixing the problem. However, what they do offer is some clarity. Rather than just throwing more and more money into the black hole that Greece has become, it may be time to come up with a contingency plan.