Putting out fire with gasoline 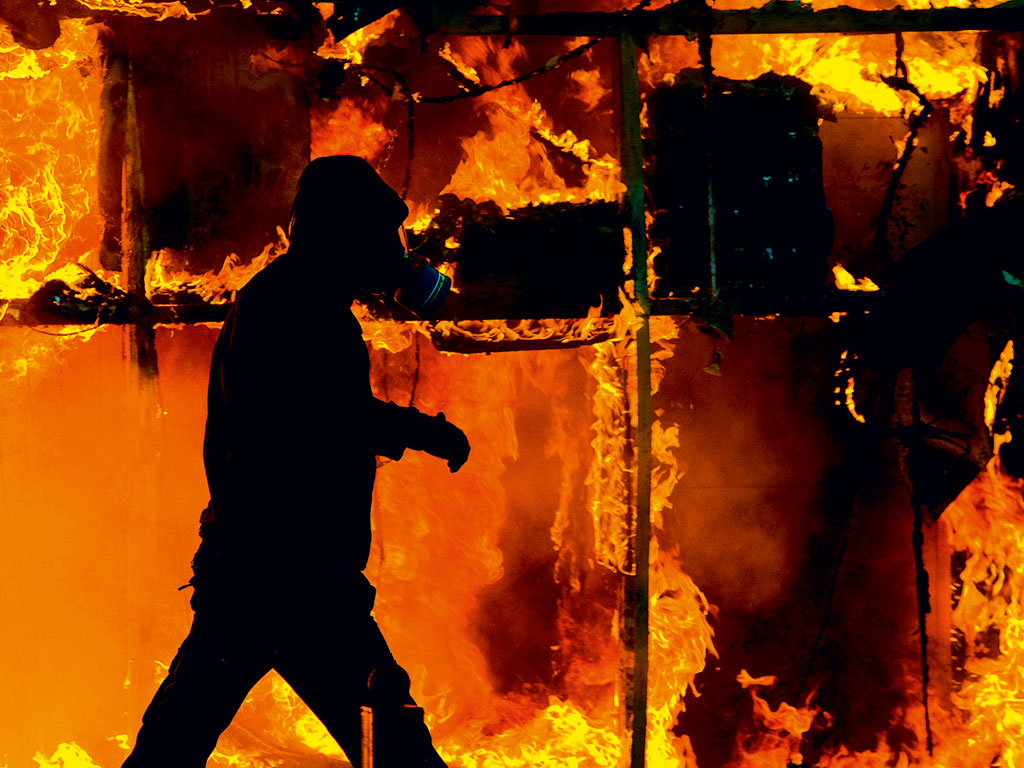 In May, Pedro Passos Coelho announced a new round of austerity cuts in Portugal worth €4.8bn – the savings being made by slashing spending on healthcare and pensions, as well as major reductions in public sector wages. Coelho’s announcement exemplifies everything that’s wrong with the European economy.

Leaders cannot afford to keep making these cuts, and after years of repeated mistakes, it’s high time for eurozone leaders to abandon their love affair with austerity once and for all. The concept itself is quite endearing: cuts lead to savings, which in turn lead to investment and finally growth. In a nutshell, ‘we can have our cake and eat it, too; but only so long as we cut it first’. In principle this makes perfect sense, except for one problem – in order to save, governments need income. When trading partners decide to implement massive spending cuts all at once in order to make savings (as the bulk of the eurozone did in 2008), their economies inevitably shrink. Each government then sees its debt go up instead of down relative to shrinking GDP. As a result, countries have less income to invest. Worse yet, they can’t make up for the shortfall by bumming an injection of cash off their trade partners, because the incomes of their neighbours have all declined too. Not only does this stifle growth and investment, but it tosses everyday citizens into penury.

Cautionary tales
Five years on, Europe is riddled with cautionary tales. In Greece, for example, massive cuts to its public sector inevitably devastated the state’s income, because almost 40 percent of Greece’s GDP is sourced exclusively from public services. Even worse, not only did these austerity measures cripple the income of the government’s top money-maker, but its shrinking GDP meant the state was then unable to invest any funds in new ventures as a means of diversifying its dead economy. Excessive taxation to make up the damage resulted in an exodus of investors and 30 percent unemployment, while the never-ending protests of justifiably livid Greeks meant heavy losses in all remaining industries such as tourism. In essence, the more Greece cuts, the worse things get. Yet in a bid to appease creditors, the rain of austerity continues. In June the government announced it was shutting down its public broadcaster as part of a larger initiative to lay off another 15,000 public servants by 2015. Knowing what we know about austerity, it only makes sense the Greek economy shrank yet again last quarter, by 5.3 percent.

It’s basically like hitting yourself repetitively on the head with a hammer, but pausing in between each blow to wonder why you’re getting stupider

Less severe examples are far more worrying. François Hollande was elected last year based on a platform of reversing the hard-line austerity measures implemented by right-wing Nikolas Sarkozy. Initially Hollande stayed true, and attempted to reduce the French deficit by another means – high taxes for the nation’s corporations and their rich owners. The response was utterly embarrassing. The country’s top businessmen hid their money and fled the country, while big industry producers like Peugeot Citroën were forced to close factories and lay off employees by the boat-load in order to pay new government taxes. French unemployment has since skyrocketed to almost 11 percent, and the government just experienced its third quarter of zero growth. To the great delight of German Chancellor and ‘queen of austerity’ Angela Merkel, a meek Hollande now appears to have little choice but to make excessive cuts to his public sector instead. If he thinks that will make him more popular among his far-left support base, he should not hold his breath.

Start spending
At the end of the day, cutting public spending and raising taxes just to make a quick buck are the two most sure-fire ways to destroy an economy – after all, without high level spending and investment incentives, development is mathematically impossible. In order to chart an economy’s growth, analysts focus on whether that country’s economic productive capacities are expanding. This only happens if employment and investment figures are going up. In turn, productivity depends exclusively upon the structural factors in place to ensure said economy is expanding its production capabilities. By making vast infrastructural cuts without substantial reinvestment elsewhere, governments like France and Greece are digging themselves into catastrophically deep holes they’ll never be able to crawl out of. It’s basically like hitting yourself repetitively on the head with a hammer, but pausing in between each blow to wonder why you’re getting stupider.

The key to Europe’s recovery, therefore, is to abandon cuts and start spending. Angela Merkel and her austerity club would have us all believe that budget cuts somehow magically build confidence in the economy, in turn increasing spending. A little piece of advice: if you know anyone who makes ‘confident’ investment decisions immediately after austerity has burned their entire economy to the ground, don’t loan them any money – you’ll never see it again.

If European leaders want to give their people the confidence to spend money and invest in new enterprises, governments need to give them something to invest in. Elsewhere across the globe, countries like the US and China are finally enjoying substantial growth not because they stabbed their public sector to death with budget cuts, but because they encouraged businesses to invest more with hefty stimulus. Sure, it made them look brash four years ago; but now these economies are leaping forward, while Enrico Letta and Hollande are left crying themselves to sleep each night praying for positive growth figures that will never materialise. Japan’s major stimulus programme is finally starting to pay off too, with early growth figures looking promising. If the eurozone doesn’t follow suit soon, leaders should brace themselves for another five years of fiscal hell.

I predict more riots
By injecting substantial capital into the public sector, European taxpayers can fund their own economic pursuits many times over. In essence, each time any amount of money is allowed to continually trade hands, it’s able to move goods, spark investment and improve lives. This concept is called the investment multiplier, and it guarantees that every government subsidy – so long as it is used in earnest – not only encourages growth, but eventually trickles down to the point where it’s feeding every family. This is how to make an economy prosper, and it’s what Europe desperately needs right now.

If austerity continues to steer eurozone fiscal policy, the continent’s economic weight and trading capacity will only collapse away and die within the decade. Five years into a global catastrophe that has yet to dissipate, riots continue to plague entrenched European leaders for one simple reason: government austerity measures are putting hard-working people on the streets, and they’re simultaneously consolidating the eurozone’s inability to grow and prosper. Make no mistake, unless leaders stop making cuts and start spending, things will get far, far worse. It’s hard to imagine, but it’s just over the horizon. If lawmakers truly want to salvage the remnants of Europe’s perpetual fiscal nightmare, it’s time to give austerity the axe once and for all.