The National Treasury Management Agency of Ireland has raised €5bn by auctioning benchmark 10-year bonds, proving it is on the road to financial recovery 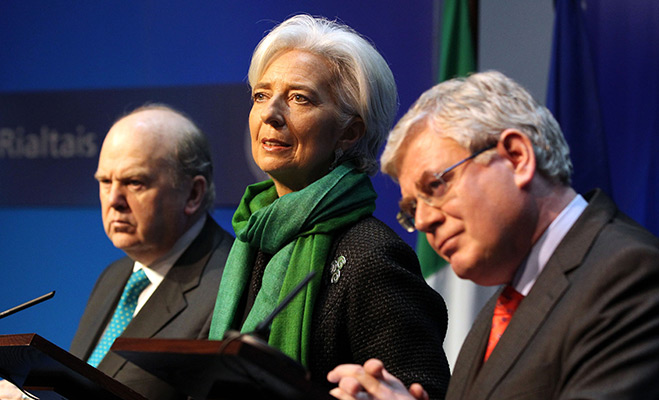 It is the country’s first issuance of 10-year notes since it received rescue funds from the EU and IMF in late 2010.

The NTMA’s auction raised €5bn, double the amount predicted by analysts. Economists understood the agency would issue somewhere between €2bn and €3bn.

“This represents an important milestone in the country’s re-engagement with the bond market,” Philip O’Sullivan, an economist with NCB stockbrokers told the Irish Times. “Today’s launch of new 10-year issuance could have important ramifications for Ireland’s credit rating.”

The bond, due to be repaid in 2023, is viewed as a riskier investment than short-term bonds for investors. Being able to borrow over 10 years is therefore regarded as a sign that investors regard a country as creditworthy.

The deal will be through a syndicate of banks to ensure a smooth passage. The NTMA has mandated Barclays, Danske Bank, Davy, Goldman Sachs, HSBC and Nomura to handle the deal. They will sell portions of the new bond on to other investors.

Traders have said the new debt will yield around 4.15 percent, compared to a yield of 3.7 percent on Ireland’s current benchmark 2020 bond. At the height of the Euro financial crisis two years ago, the yield on Ireland’s 2020 bond climbed to over 15 percent.

After fears that debt riddled Ireland would be forced to leave the eurozone, the deal means that Ireland has now raised most of its long-term funding target for 2013. This is the Irish government’s second major step this year towards ending support from the EU and IMF after they raised more than a quarter of Ireland’s long term funding target for the year by selling off €2.5bn of five-year debt in January.