Harnessing network effects is the key to tech industry domination. However, giant killing is easier said than done – it takes a certain self-assured confidence to rise to the top 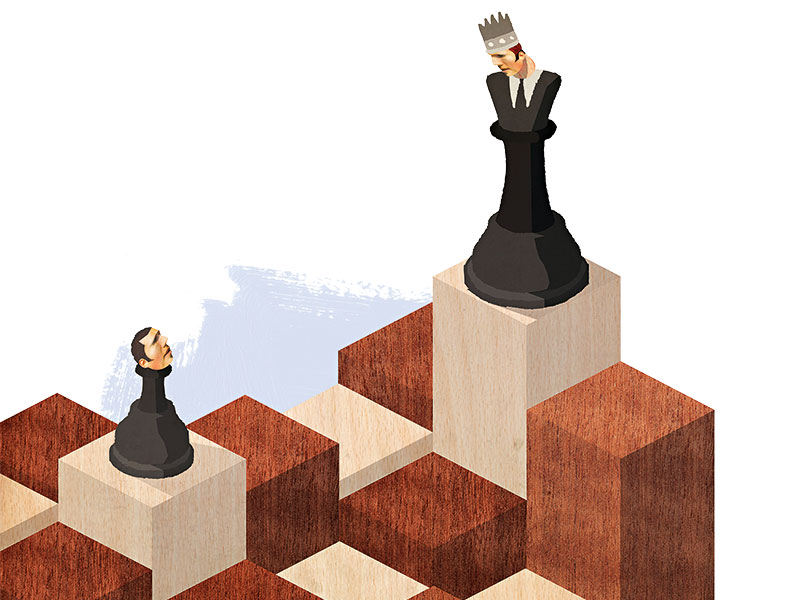 As David and Goliath scenarios go, they rarely come crisper. Late in 2003, a young business school student stood up at the end of a lecture by legendary investor Jim Rogers and told him he didn’t know what he was talking about. True, the business school was Harvard Business School, and true, Rogers has always himself been something of a maverick, but the point still holds. It was big against small. The acrid and widely circulated email exchange that followed between the two briefly riveted the business world, receiving coverage in The New Yorker and other media.

What was striking about the back and forth was not only the virulence of Rogers’ language, as, while putting his case that Russia was car-crash investment territory, he dismissed the other as a “chauvinistic know-nothing” who “should have kept his mouth shut”. It was also the student’s calm assurance as he pointed out factual errors in Rogers’ assessment.

Renegade logic
The student’s name was Dmitry Alimov and, viewed retrospectively, that clash seems to have set the pattern for his career to come. For one thing, the venture capital sector, which the Russian-born Harvard graduate has been focused on since the launch of his own venture firm Frontier Ventures, is inherently tilted towards the take-down of incumbent companies by start-ups. For another, his focus has been on the tech industry, which has been systematically ‘Daviding’ the sclerotic Goliaths of big business since  at least the late 90s.

Within the tech industry, most of the business success has accrued to companies with strong network effects. There’s nothing new about this concept. The telephone and telegraph were both instances of it – that’s to say, each new user increases the value of the product for other users. It’s a virtuous circle that collaterally tends towards the exclusion of competitors.

What has changed is that the internet has facilitated a surge in the dominance of strong network effect companies (including titans such as Facebook and Airbnb). “Tech companies account for 63 percent of equity value of the top 10 S&P 500 companies, versus only 21 percent five years ago”, Alimov observed. “And globally, we estimate that companies with strong network effects account for over 90 percent of market capitalisation of the top publicly traded tech companies and the majority of equity value of the top 140 private companies.”

Conquer the world
One pertinent example is Frontier Ventures-backed Profi.ru, a Moscow-based online service marketplace for handymen, tutors, beauty professionals, and doctors. Thanks to its first-mover advantage and network effects, the company became the market leader in Russia and one of the most recognised brands in consumer services.

Another example is Expert360, a Sydney-based marketplace for high-end consulting services, which has also drawn backing from Alimov’s $50m fund. Founded by fearless former Bain consultants Bridget Loudon and Emily Yue, the marketplace challenges the dominance of the likes of Bain and McKinsey by connecting enterprise clients directly to the best consultants, while slashing the gargantuan margins that have traditionally supported the industry. As Alimov put it, Expert360 has “the potential to disrupt a massive global industry”. And, since consultancies themselves are paid to shake things up, you could say that Expert360 is disrupting the disruptors: a type of intervention that has been the template of Alimov’s career ever since his spat with Rogers 14 years ago.

The twist in this type of narrative is that David eventually becomes Goliath, and then what? Alimov isn’t losing sleep over it. A softly spoken man with a gentle sense of humour, he outlines his four-point plan for mastery: “Point one: tech companies will dominate the world. Point two: companies with network effects already do and will continue to dominate the tech industry. Point three: our fund will be the leading backer of network effects companies. Point four: thus, we will dominate the world.” His hint of a smile suggests he’s only partly joking.