Opening up China: why Europe needs to increase trade with the country

Increasing Chinese trade could be the solution ailing European companies are looking for, as national and EU trade agreements begin to boost profits 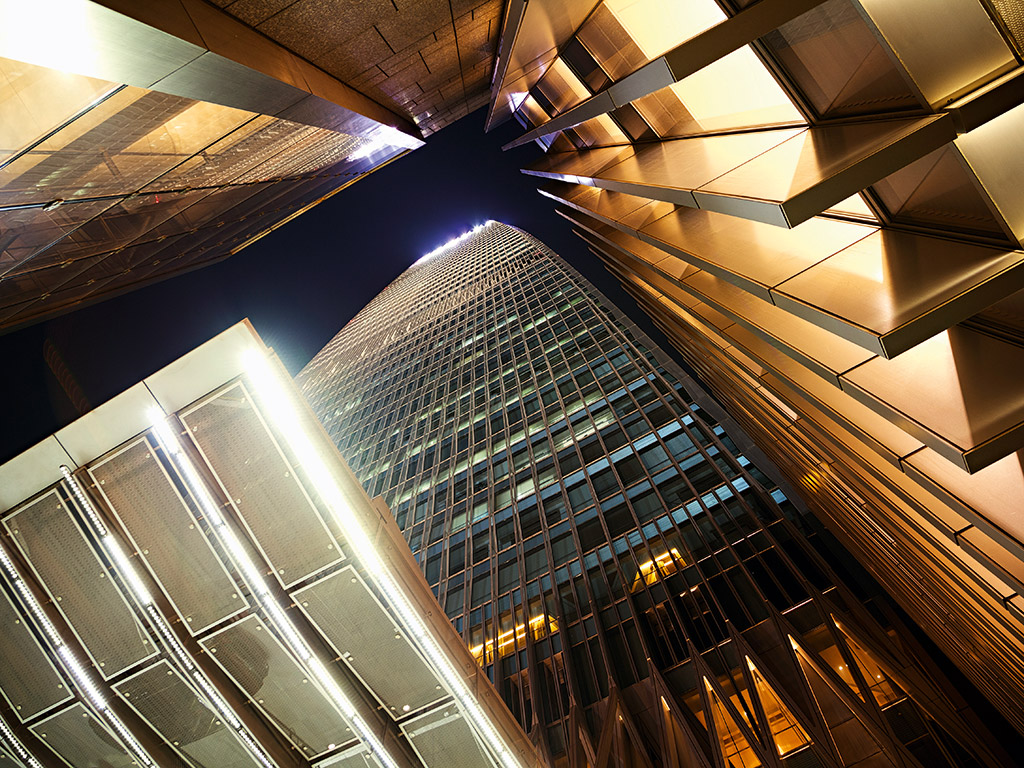 An office skyscraper at night in China. The UK currently sells £1bn worth of goods and services per year to China. Increasing trade links with the country will be key to Europe's economic growth
Finance

European companies are increasingly benefiting from national trade deals with China, which have generated thousands of jobs and a wealth of new revenue streams. Moreover, a trade agreement between the EU and China is gaining traction as a recovering European economy looks to boost its exports. The UK recently signed a major engineering deal affecting more than 150 firms. The EU, meanwhile, is moving ahead with a green goods agreement that could bolster the European economy even further, by providing lengthy supply deals for sustainable energy companies willing to export to China.

To this end, China and the EU form the second-largest economic cooperation pact in the world, with bilateral trade in goods reaching €433.6bn in 2012 alone. European exports to China also reached a record €143.9bn in the same year, more than doubling in the past five years. However, trade in services is still about 10 times lower than goods trade and remains an area full of potential – if China were to make its market more accessible – according to the European Trade Commission.

bilateral trade in goods between China and the EU

EU imports from China are dominated by industrial and consumer goods, with bilateral trade in services amounting to just 10 percent of total trade. Of the EU’s exports to China, only 20 percent are service-related. For the EU, trade in services is of strategic importance, as the sector accounts for 75 percent of EU gross domestic product and EU jobs.

As a result, the EU records a significant trade deficit with China. This is in part a reflection of global and Asian value chains, but in part is also due to continuing market access barriers in China.

Trading challenges
The barriers are primarily caused by disparities in EU and Chinese regulation, with Chinese authorities continuing to exercise export restrictions on raw materials – such as rare earths for example. The EU has said that this is “a major trade obstacle” as export quotas, export duties and additional requirements limit the access to rare earths for companies outside China. According to the EU Trade Commission, “these measures significantly distort the market, favour Chinese industry and are in violation of general WTO rules”.

“The current level of bilateral investment between the EU and China is way below what could be expected from two of the most important economic blocks on the planet. Whereas goods and services traded between the EU and China are worth well over €1bn every day, just 2.1 percent of overall EU FDI is in China,” said John Clancy, EU Spokesperson for Trade.

As such, there is currently not a free trade agreement between the EU and China, even though the EU is working on negotiating a bilateral investment deal to improve FDI figures, as well as a plurilateral agreement on green goods.

The EU’s negotiations on expanding FDI to and from China follow ambitious economic reforms recently announced by the government in Beijing. These include the decision to further open up the country’s economy to foreign investors in order to boost innovation and competitiveness by having more advanced industries and services on the mainland. This essentially means that ‘protectionist’ China might quickly become an archaic term. Especially with the quick pace of the green goods deal, according to Clancy.

Boosting green exports
The EU green goods deal is being led by Danish Trade Minister Mogens Jensen, who recently said that “smog in Chinese cities is providing unexpected momentum for a global deal on trade in environmental goods, because China urgently needs access to cheaper, cleaner energy”, following a visit to Beijing.The campaign, which involves 14 trading powers, aims to remove barriers on trade in green goods – a market worth $1trn a year on a global scale.

“Chinese families want green solutions, they want clear blue sky and fresh air for their children. They need access to water, electricity and the solution is often through wind and solar technology,” Jensen said.

One of the firms likely to benefit from such a deal, should it manage to fall in to place, is windmill producer and sustainable tech pioneer Vestas. The Danish firm has previously made deals with Chinese firms, as part of a major Danish trade agreement signed in 2012, where 35 individual deals amounted to €2.4bn in signed contracts between Danish and Chinese entities.

For Vestas, this meant the continuation of a long-standing contract with Titan Wind Energy, China’s largest global manufacturer of wind turbine towers, as well as the maintenance of approximately 120 jobs at an otherwise closed Danish factory, which Titan overtook. The deal also allowed Titan to establish European production of towers for both onshore and offshore wind turbines, creating more jobs within the EU and increasing Chinese exports.

European exports to China also reached a record €143.9bn in the same year, more than doubling in the past five years

“The location of our European headquarters in Varde is optimal because we see Denmark as the focal point for the global wind industry. Europe is the region that offers the most promising outlook for the development of offshore wind energy,” said Yan Junxu, CEO of Titan Wind Energy, when explaining the potential outcome of the agreement.

EU traction
Other deals include APM Terminals, the harbour-operating unit of shipping and logistics giant AP Møller Maersk, building a harbour terminal in China worth over €402m, and green energy firm Danfoss supplying the Chinese city Anshan with a heating system worth €77m, a deal which Danfoss’s Head of China considers crucial for Sino-EU trade.

“The project is a significant commercial deal for Danfoss,” said President of Danfoss China, Christian Overgaard. “It has now expanded into more phases, with more contracts signed, as a second heating company is to utilise Danish products in order to assure the project will run in a way that follows or exceeds Danish standards when heating the whole city, along with excessive heating from Anshan Steel Plant. Commercially, this is not only very significant to Danfoss, but also contributes to a stronger trade relationship between the EU and China.”

The Danfoss project has been received well by stakeholders in China, and now the agreement will be generating far greater revenue than the initial estimate, as the project will be applied to other cities following the strong reception in Anshan.

“As a project capable of resolving some of the major challenges confronting [the] local community in the fast-going urbanisation in China, i.e., energy (we save coal and other energy types), employment (we create more green jobs locally in addition to imports from EU for the project), and environment (we reduce emission and coal burning significantly), it has been cited as a model case for many other cities to follow by Chinese authorities. For instance, Liaoning Province has now encouraged us to duplicate the project in more cities in the region,” added Overgaard.

With the EU green goods agreement well under way, deals such as these may only be the beginning of a significant boom for European energy and green tech providers who can supply China with much needed sustainable energy production and pollution-decreasing initiatives.

Strong Sino-UK trade
One such firm could be London-based SolaQuaGen, which, with a £225m deal to provide clean drinking water in China, is set to create a minimum of 750 UK jobs. The agreement was signed as part of a larger trade deal on engineering between the UK and China, after Prime Minister David Cameron visited the country in December 2013.

The bulk of the value of the deals, which the government says will create 1,500 jobs in the UK, was largely covered by a £4.5bn agreement secured by Jaguar Land Rover to deliver 100,000 vehicles for sale in China over the next year. In addition, Chinese automotive company Chang’an announced that it will base its new European research and development centre in the West Midlands, creating 250 jobs by 2017, while Rolls-Royce has sealed a £70m contract to get involved in supplying infrastructure for a power systems company.

“More and more UK companies are selling their products and services to China with exports almost doubling since 2009 – reaching more than £1bn per month. The UK is one of the most open countries to Chinese investment and was the most popular European destination for Chinese investment last year,” said Trade Minister designate Lord Livingston at the time.

In this respect, Sino-UK trade surpassed £42bn in 2013, hitting a record high as UK exports to China rose faster than those of any other EU country. Climbing 13.8 percent last year, the growth trajectory for UK firms investing in China is immense. Moreover, Chinese firms are increasingly investing in Britain.

One such firm already established with major UK operations is NVC Lighting. The firm has enjoyed large-scale trade with China, but notes that the EU need to diminish barriers. “What is especially important is a reduction of import tariffs. The lower these can be set, the more trade will flow as a result. This is not merely a matter of volume, but also a matter of range, which would make our products more competitive,” said Marketing Manager James Hunter Johnston.

Growth decelerating
Major trade deals such as the one with the UK come at a crucial time for China, following the significant slowdown of its economy in recent months. Production fell to an all new low in February 2014, the third straight monthly decline and proof of a beginning contraction, according to HSBC’s latest manufacturing purchasing managers’ index (PMI).

The PMI, which measures sentiment, found that new orders and output both contracted for the first time in seven months in February this year. In addition, employment numbers have fallen to their lowest point since March 2009, indicating the Chinese labour market is not continuing at the pace that Beijing would have hoped, especially on the back of its successful Olympics campaign.

Still, China remains one of the biggest trading partners in the world, with more than 120 countries seeing more trade with the country than they ever have before, amassing total trade volume in 2013 of $4.16trn. With Chinese growth slowing down, however, the authorities are looking towards a steady reform of Chinese business regulations, including the aforementioned deals with the EU, which will open the country up significantly to FDI. Similarly, much of the trade is still in lower priced, lower-tech goods, and as such, China needs to move up the value chain and create more “China brands” said Zhong Shan, Vice Minister, China Ministry of Commerce.

“We have become the world’s largest trading country in 2013, but we need to realise that [Chinese] trade is large but not strong. We need to look for new advantages to increase competitiveness in trade: that is higher technology, better quality, establishing more brands and work on trade in the services sector, in order to push forward the transition from a large trading partner to a strong trading economy,” said Shan.

Rising labour costs means China is losing one of its competitive advantages; to create more value and productivity, more sophisticated skill-sets are needed. In this respect, China’s service trade volume is grossly lacking at a size that is less than half of the US’s. Essentially, this is the gap China needs to close if it wants to play a leading role in global trade, explained Shan.

This falls well in to the latest moves by the EU. The aforementioned investment agreement is considered a pre-cursor for a Sino-EU free-trade agreement and as negotiations are well underway following the launch in January, something would suggest that the trade gap will be closed sooner rather than later.