Artificial intelligence and robotics have the potential to revolutionise tax processes, making repetitive manual tasks a thing of the past 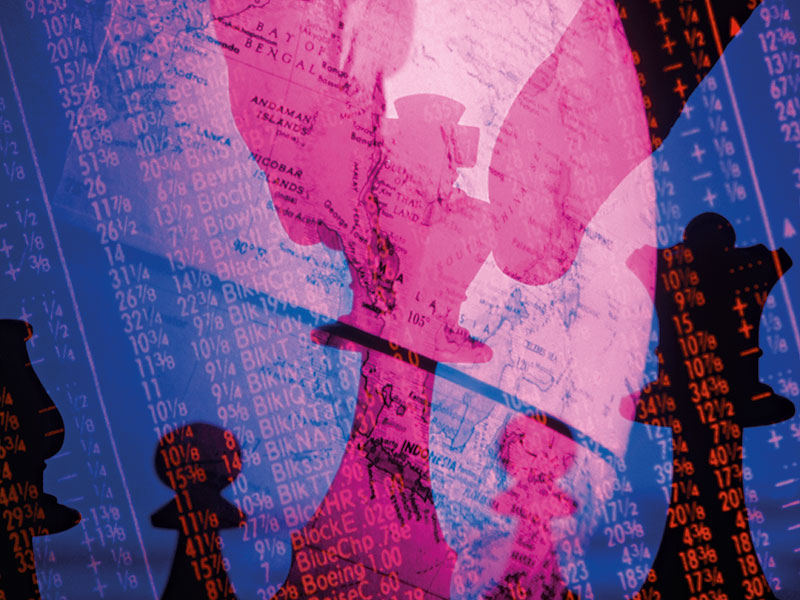 In the decades since an IBM-designed supercomputer beat chess world champion Garry Kasparov, AI has played an increasingly significant role in our everyday lives
Finance

On May 11, 1997, the undefeated chess world champion Garry Kasparov took on his most challenging opponent to date – an IBM-designed supercomputer. After just 19 moves, the machine claimed victory over its human adversary – a historic moment in the development of artificial intelligence (AI). For shocked viewers around the world, Kasparov’s defeat suggested that AI had reached a stage where it could surpass human thought, ushering in a future dominated by machines.

The match marked a new era for machine technology and, in the decades since the historic contest, AI has begun to play an increasingly significant role in our everyday lives. The same type of complex data processing that powered the IBM supercomputer is now found in some of our most-used technologies, from cloud computing to online dating apps. With the influence of AI proving near impossible to ignore, former AI sceptics, such as Kasparov himself, are now looking to embrace this powerful technology.

In the years since his defeat to the supercomputer, Kasparov has devised a concept called ‘advanced chess’, which sees human competitors use AI to take on chess computers. With the human players able to call on computer intelligence and their own logic, they have easily defeated their robotic opponents. In these experimental matches, a human-machine partnership has created a kind of ‘augmented intelligence’, enhancing human performance and proving superior to computer technology alone.

Chess isn’t the only area in which we are seeing promising partnerships emerge between man and machine. In the corporate world, advanced technologies, such as robotic process automation (RPA), are rapidly transforming daily operations within businesses of all sizes. For tax professionals across the globe, RPA bots are easing the burden of highly repetitive manual tasks, boosting productivity and freeing employees to prioritise higher-value work.

Business bots
Even among the most productive office workers, it is surprising just how much time and energy is spent on performing repetitive manual tasks every day. According to an independent survey conducted by SnapLogic, 90 percent of employees feel burdened with tedious and time-consuming tasks such as data entry and HR processes. What’s more, these repetitive tasks are costing businesses an incredible 19 working days per year for every employee in terms of lost productivity.

For many businesses, tax is one area where repetitive, time-consuming tasks still flourish. From compliance to internal audits, the world of tax is particularly labour-intensive, with highly skilled employees often engaged in menial exercises. These routine tasks could easily be automated and, as such, many businesses could stand to benefit from introducing RPA bots to their tax department.

With RPA, programmed bots can take over these manual tasks, freeing tax professionals up to engage with more pressing and stimulating activities. These tax robots are able to complete tasks at an incredible speed, taking just seconds or minutes to finish what would be a rather time-consuming activity for even the most efficient employees. In addition to boosting productivity, these RPA bots effectively eliminate human error in tax processes, provided they are programmed correctly. Given that 90 percent of workplace accidents are caused by human error, this robotic potential to improve accuracy is proving increasingly appealing among risk-aware tax professionals.

RPA bots are also highly adaptable and scalable, giving companies a large degree of flexibility when it comes to how they employ them across their business. In fact, companies can quickly ramp up the use of new bots to cope with demand and then shut down the servers they reside on when they are no longer needed, thereby making use of the bots as and when they require.

Crucially, the introduction of bots can also have a positive effect on employee morale. Performing tedious tasks can leave highly skilled workers feeling frustrated and uninspired, and these time-consuming processes may inhibit them from reaching their full potential at work. If RPA bots are introduced to take over these menial exercises, then employees no longer need to devote large chunks of time to completing repetitive, uninteresting tasks, and are instead free to prioritise higher-value projects.

This in turn can boost job satisfaction, as employees feel more engaged with their work and passionate about the projects they are taking on. Given that motivated workers are more productive than their disengaged colleagues, the employment of bots can boost productivity in more areas than one.

Human management
Despite their proficiency in carrying out routine processes, RPA bots still require some human involvement to keep them working efficiently. Bots struggle to deal with exceptions to the rule, and they are extremely sensitive to even the slightest changes to the user interface.

As RPA bots are designed to complete routine, rule-based exercises, they are reliable when performing exactly what they have been programmed to do. If they encounter a situation or piece of data that doesn’t match their predefined instructions, however, they will find it difficult to complete the task. This is where their human counterparts are required to step in, using their reasoning and sound judgement to deal with the data anomaly.

When it comes to the tax realm, tasks performed by bots need to be executed in accordance with all relevant internal controls, as well as governance, risk management and compliance requirements, policies and standards. Tax professionals and IT programmers must, therefore, ensure their robotic helpers are meeting these stringent requirements by performing routine checks and closely monitoring their activity. Ultimately, man and machine must effectively work together if the bots are to achieve their full potential.

At a managerial level, the introduction of RPA bots also requires careful consideration and planning. Before bots are deployed, affected employees must be given clear guidance on what will be expected from them once the robots are switched on. While the bots aren’t designed to take over an employee’s entire job role, their daily workload is likely to be significantly affected by the introduction of these robots. For some employees, their job role may need to be reconfigured, while other workers might simply require some additional managerial guidance during the transition. Failure to manage these changes can cause significant problems, so companies must take care to reduce any friction between human employees and their robotic assistants.

Two steps ahead
Tax professionals considering RPA bot implementation should follow the example of professional chess players and always think two steps ahead. If this technology is to prove successful, it requires significant planning, preparation and monitoring both before and during its deployment.

When considering introducing RPA bots, tax managers must identify where this technology would best fit within their current operations. This requires an analysis of where tax teams are spending the bulk of their time and resources, in order to identify the time-consuming tasks that can easily and efficiently be handled by robots.

What’s more, these trials have shown that, in freeing employees from laborious manual tasks, tax bots have the potential to improve efficiency and boost worker morale. VAT is just one of several tax management areas that could stand to profit from automation, with this powerful new technology promising to drive the industry into the future. As tax professionals begin to embrace advanced AI, RPA combines cutting-edge computer technology with human oversight to achieve remarkable results.