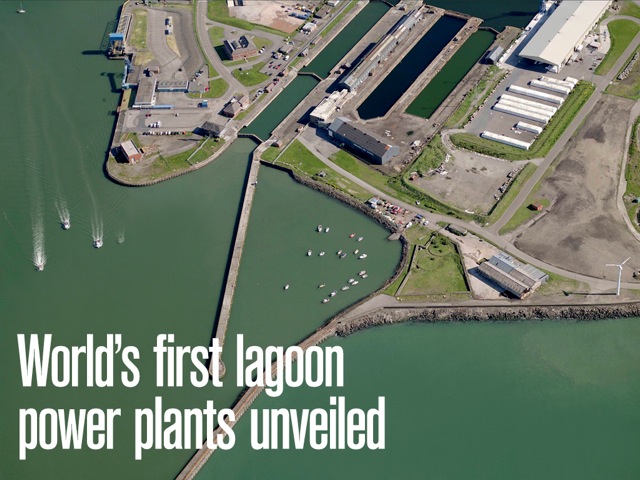 Swansea Bay. The city is just one of the six destinations that has been chosen for the world's first series of tidal lagoon power plants
Finance

A proposed six lagoons will be built, four in Wales and one each in Somerset and Cumbria, and will stretch more than five miles and reach over two miles out to sea. Giant seas walls will be constructed to capture incoming and outgoing tides with the weight of the water used to power turbines.

The lagoons are expected to generate eight percent of the UK’s electricity, with plans for a £1bn Swansea scheme already in the system to provide 155,000 homes with natural energy. Low-carbon electricity generation is predicted to contribute £27bn to the UK economy, according to a CEBR report published in 2014, and the lagoons are expected to produce enough energy to contribute £3.1bn in annual GDP over their 120-year-design life.

The turbines are a more predictable method of electricity generation than solar and wind, with the power plants expected to be active for an average of 14 hours a day while tidal stream energy, and the accompanying construction and operation, is estimated to generate more than 20,000 jobs within the next decade, providing a welcome boost to local economies within the UK.

Speaking in a statement, Mark Shorrock, Chief Executive of Tidal Lagoon Power, said: “Full-scale tidal lagoon infrastructure gives the UK an opportunity to generate electricity from our amazing tidal range at a cost comparable to fossil fuel or nuclear generation. We have the best tidal resource in Europe and the second best worldwide. We now have a sustainable way to make the most of this natural advantage.”