Concerns that deflation might take hold across the Eurozone increase after prices in France fall by 0.4 percent 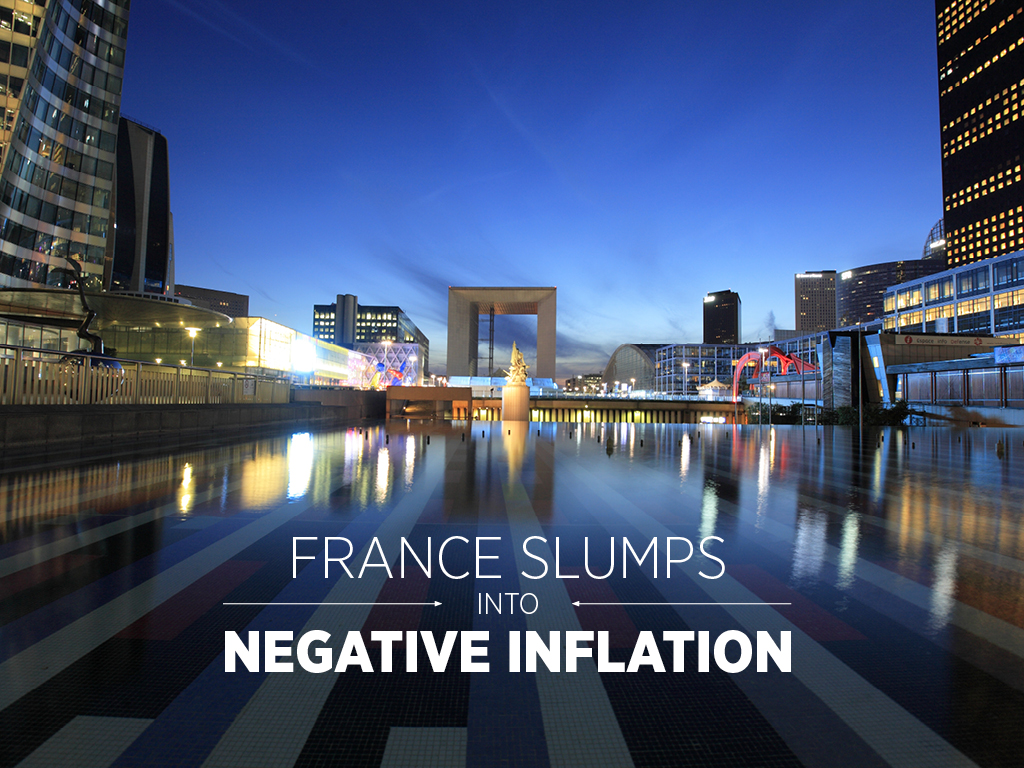 The pessimism that is spreading across European economists has heightened with the news that France suffered negative inflation for the first time in five years. Prices in the Eurozone’s second largest economy dropped by 0.4 percent, leading to many observers predicting deflation might be around the corner for the wider region.

The news comes at a difficult time for the Eurozone

The news comes at a difficult time for the Eurozone, with fraught negotiations continuing over whether to allow an extension of Greece’s bailout repayments and the increasing likelihood that the troubled country may have to stop using the euro. At the same time, Germany, Europe’s largest and most dominant economy, also experienced negative inflation at a similar rate to France.

Falling prices have been largely as the result of the dramatic decline in the price of oil over the last few months, with the knock-on effect causing a fall in household spending on petrol.

The ECB has been attempting to keep inflation across the Eurozone at around two percent, and the news of this decline will only add fuel to ECB chief Mario Draghi’s argument that quantitative easing and a large-scale stimulus package are needed to boost growth in the economy and prevent deflation.

Speaking to the BBC, French fund manager Yannick Naud said the news could suggest troubling times for the country’s economy. “Discounting around the Christmas period was much heavier than expected by economists. If the retail sector is not doing very well and must rely on heavy discounting in order to sell their goods then it might be a negative sign for the economy.”

French Prime Minister Francois Hollande has struggled to get the country’s economy back on track over the last couple of years, with internal squabbling in the government hindering many of his economic reforms.