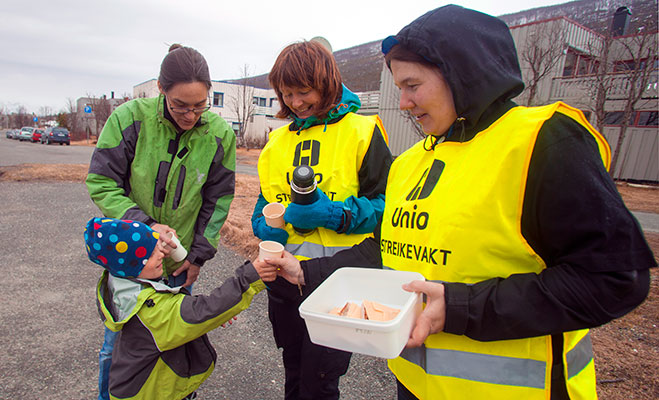 The impasse could have led to a lockout that would have stopped production. Norway is Western Europe’s biggest crude exporter.

The dispute, which began on June 24, was the first to spread across the industry in Norway and involving all energy workers since 2004. The disagreement revolved around pension reforms, which sought to raise the age of entitlement to a full company pension to over 62 years. The companies maintain that they were abiding by Norwegian pension legislation.

Talks broke down on Sunday after 13 hours of negotiations. The dispute will now go into mandatory arbitration, which would make any decided upon outcome binding.

“We are relieved that we do not need to shut down production on the Norwegian continental shelf, but if the government hadn’t acted now, we would have done that,” Jan Hodneland, chief negotiator for the Norwegian Oil Industry Association, said in an e-mailed statement. “Everything was ready to shut down after midnight.”

A lockout would have been catastrophic for Norway’s economy, according to Labour Minister Hanne Bjurstroem. “The government has to take responsibility and do what we have decided today. That it would hurt Norway as a stable and predictable supplier of oil and gas, that is one of the main reasons” the government intervened, she said.