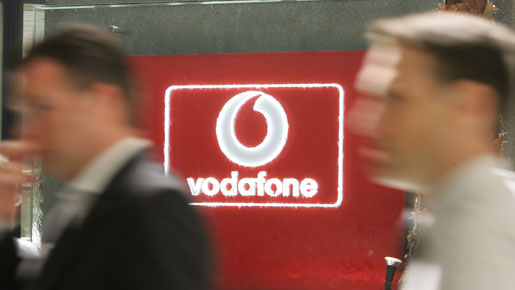 Shares of Fastweb, which is majority-owned by Swiss phone company Swisscom, slid 2.5 percent after the news.

Scaglia, who is among Italy’s richest men and also founded internet television company Babelgum, is one of 56 people for whom warrants have been issued under the probe, investigators said at a news conference.

In a statement, Scaglia said he was out of the country on business and denied any wrongdoing.

Investigators allege the money was laundered via a series of fictitious international phone service purchases and sales worth over two billion euros and took place between 2003 and 2006.

They were carried out with the knowledge of top executives at Fastweb and Sparkle, a unit of top Italian telecom operator Telecom Italia, the investigators said.

A senator from Prime Minister Silvio Berlusconi’s coalition, Nicola Paolo Di Girolamo, is also among those for whom an arrest order has been issued, but authorisation from the Senate is needed before police can arrest him, the investigators said.

Scaglia was previously the CEO of Omnitel, now Vodafone Italy, where he was nicknamed “wizard” by colleagues for increasing the company’s mobile subscribers to eight million from 300,000 in a short period of time.

He founded Fastweb in 1999, declaring that he had invested “all my money, up to the last penny and all my credibility” in the venture. He sold his stake to Swisscom in 2007, allowing him to enter the tables of the richest men in Italy and the world.

A Swisscom spokesman said he could not immediately comment on the issue.