Deals that have strengthened energy ties between Turkey and Russia may boost Ankara's much desired control over regional gas and oil transit, but at a cost to other foreign players in its downstream market 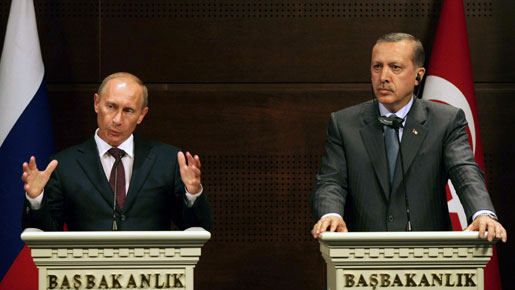 Beyond securing the energy supplies needed to feed fast paced economic growth seen returning this year, the deals will help Turkey realise its dream of capitalising on its location between Caspian energy reserves and European consumers.

Apart from Turkey’s support for Russia’s South Stream gas pipeline, which aims to feed European markets, the deals centred on Russian backing for Turkey’s Samsun-Ceyhan oil pipeline that would carry oil from Black Sea ports to the Mediterranean.

But Turkey’s blessing of a select handful of Russian and Turkish firms to carry out planned energy projects – and signs that Turkey may commission Russia to build its first nuclear plant without a tender – have caused worries.

“Some companies close to the government are being awarded special projects and given special partnerships – that’s how you hurt the market and competition, this will hurt the liberalisation of the market,” said energy analyst Necdet Pamir.

Turkey’s fast-growing power generation and distribution sectors as well as its gas market, tapped for liberalisation, have attracted the attention of numerous investors looking to build power stations and bid for projects.

But competition may become an issue if the government’s favour continues to centre on a handful of companies, including Calik Enerji whose parent company Calik Holding’s chief executive is the Prime Minister’s
son-in-law.

“Concerns regarding competition could arise from greater Russian presence in power generation as well as downstream power and gas markets. This could discourage market entrants upstream and downstream,” said Irmak Bademli of Eurasia Group.

Calik Holding has denied receving preferential treatment from the government.

Western allies
In early February the US ambassador met with Energy Minister Taner Yildiz to express the desire of US firms to build Turkey’s first nuclear power station.

Government sources have said the licence for the Turkish nuclear power station may simply be handed to Moscow, which already supplies 60 percent of Turkey’s gas needs, if they can agree over pricing and other technical issues.

Such a move would add to worries over the possibility that NATO-member Turkey’s policies are
shifting away from Ankara’s traditional Western friends.

“Turkey’s Western allies would not be happy if the nuclear plant is built without a tender,” said Bademli.

Turkey’s desire to turn itself into a hub for European and other regional energy supplies has long frustrated partners. The Turks have sought to dominate deals, most notably with the Nabucco Pipeline consortium, to
which Turkey belong.

Nabucco plans to pump 31 billion cubic metres of gas to Europe to cut the continent’s reliance on Russian gas.

Last year Turkey demanded that it be given special rights to siphon gas off the 31 billion cubic metre capacity pipeline and resell it.

With other sell-offs looming, like power production and distribution assets, analysts wonder to what lengths Turkey will go in favouring its Russian partners and their Turkish counterparts.

“We’re concerned about the direction Turkey is heading particularly on the gas side. Companies are looking to see if there is a new policy direction, whether Turkey will remain open to the market or if we could see more opaque policy,” said one diplomatic source.

The market is particularly interested in the future of 34 bcm of gas import licences, held by state firm Botas and which were considered for a sell off by the end of last year.

Turkish firm Aksa Dogalgaz, which Erdogan and Putin have paired with Gazprom, is positioning itself to import 6 bcm over Turkey’s western line that imports Russian gas. Aksa already has some 10 domestic gas distribution grids.

“We’re not only going to be 63 percent dependent on Russia for gas imports, but Gazprom will also have a strong hand in the gas distribution system through Aksa as well. This is a dangerous game for national energy security,” said Pamir.