Fritz Kahn: Taschen’s portrait of the author and scientist 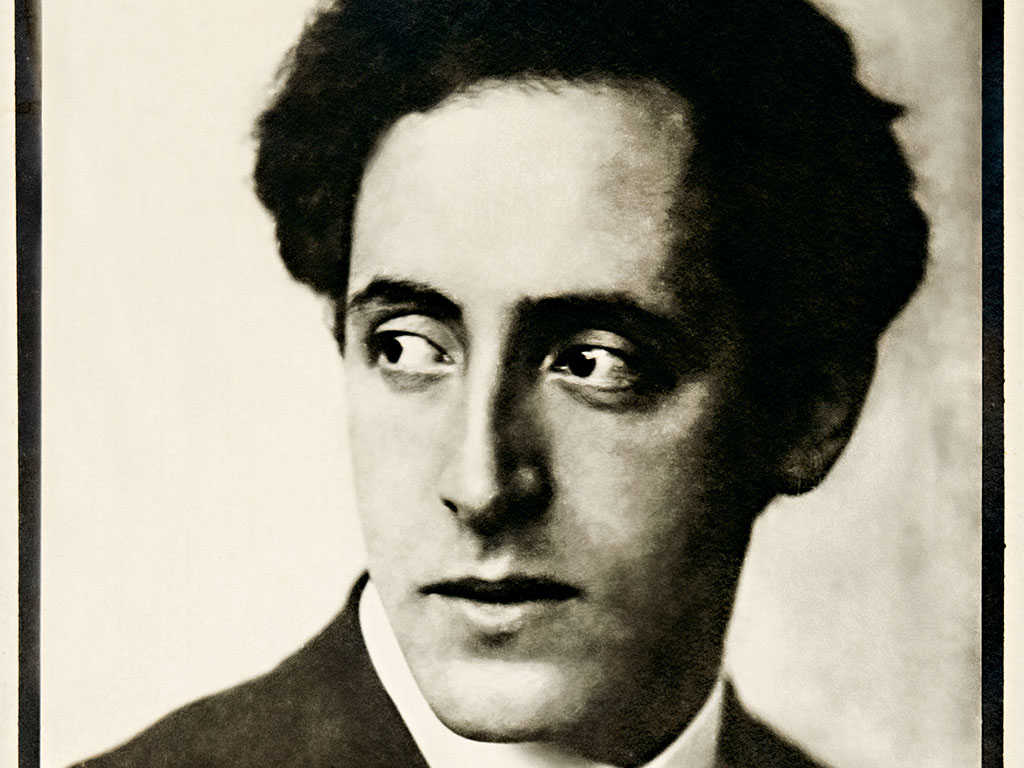 A human head in profile, its interior divided into six sections, each conceived as a tiny workstation. Miniature figures – a chemist, a switchboard operator, a mechanic – are hard at work on the apparatus in each section. At the bottom of the page is a joint of roast meat, the aroma of which wafts directly up the giant nose. An entirely unnecessary caption reads: “The biology of smelling a roast: pictorial representation of the processes that occur in a man’s head between the sensation of smell and the ‘reflectory’ salivation.”

The man behind this image is Fritz Kahn, a German scientist and author whose books and pamphlets were published in huge numbers in the first half of the 20th century, but fell out of fashion following his death in 1968. Now sister-and-brother team Uta and Thilo von Debschitz have rescued Kahn from obscurity with Fritz Kahn, a gorgeous trilingual coffee table book, published by Taschen, containing over 350 of the author’s intriguing works.

Intriguing infographics
These infographics (to use the contemporary term) cover topics from the human circulatory system to magnetism to seed dispersal mechanisms. Some convey simple facts or concepts, while others deal with truly complex ideas. Flick through at random and you’ll find an image comparing the weights of animal brains, a diagram of the process by which elements combine to create energy within the sun, and a visual representation of how bacteria spread in urban environments. Many of these images are beautiful to look at, the work of a host of anonymous illustrators and draughtsmen Kahn collaborated with over the years.

Flick through at random and you’ll find an image comparing the weights of animal brains, a diagram of the process by which elements combine to create energy within the sun, and a visual representation of how bacteria spread in urban environments

A frequently occurring motif in the book is biological function imagined as mechanical function, a reflection of the excitement around scientific advances and technological discoveries at the time Kahn was working. In many instances, this technique is highly effective at getting the reader to look at the natural world from a new perspective, thereby opening up understanding. Not every image of this type works so well, however: the comparison between the workings of the ear canal and the workings of a car engine is simply bizarre.

Uncovering greatness
Uta von Debschitz explains that the images in the book are what she and her brother “as designers” (Uta is a qualified architect while Thilo runs a design agency) consider “the most interesting, artistic works. They’re not all really brilliant – but we also show some that might enhance the brilliance of another one, so it shows a development.”

The first edition of the siblings’ book, published in 2009, was the first ever monograph on Kahn. After achieving huge success in the 1920s, his books translated into numerous languages, Kahn was expelled from Germany in 1933, his Jewishness and membership of the liberal intellectual elite anathema to the newly elected Nazi party. Following stints in Palestine and France, the author emigrated to the US in 1941, before returning to Europe in 1956. He continued to publish throughout this period but his work gradually faded from public view as the century advanced.

The von Debschitzes came across Kahn by chance. Years after being introduced to the scientist’s New York-based son and daughter-in-law by mutual friends in the 1980s, Thilo happened across some images by Fritz in a Romanian magazine. Emanuel Kahn knew very little of his father’s work and wasn’t interested in learning more, but as Thilo and his sister began to uncover more and more about him, Emanuel’s curiosity was piqued. He gave his permission to reproduce Kahn’s images and was presented with a copy of the 2009 monograph on his 85th birthday.

Coffee table conceptions
Both editions of Fritz Kahn were “deliberately conceptualise[d] as coffee table books”, says Uta, in order to introduce Kahn to a wider public. People have been sharing his images online for a while now, but it’s largely thanks to the von Debschitzes that Kahn’s work is attracting mainstream interest again.

Uta says that she can only speculate about why these images are capturing people’s imaginations again after so many years out in the cold, but points to “the strong similarity between the early 20th and 21st centuries as far as technological progress is concerned and the human impact that it has on our individual lives” as a factor.

“New technologies create new images, including new images of human beings of course, and we can’t escape them, we have to deal with them… and I think artistic simulations like Kahn’s images… were one way of trying out what works for us and what doesn’t.”

The siblings’ “passion project” is not over yet. Uta is currently writing a doctoral thesis about Kahn and the pair are hoping to present a large-scale touring exhibition of his images in 2015 – a follow-up to a show at the Berlin Museum of Medical History in 2010. For the moment though, Fritz Kahn the book is very much the focus.

“We understand Kahn’s books and therefore our own book as an invitation to approach his work with an open and playful mind,” she says. Wondering what such a mind might look like? You’ll find examples on pages 163, 165 and 185 of the book.