Francesca Bellettini has achieved the impossible with Saint Laurent

Renaming a world-famous brand is never advisable. However, under Francesca Bellettini’s guidance, the rebadged Saint Laurent has been remarkably successful 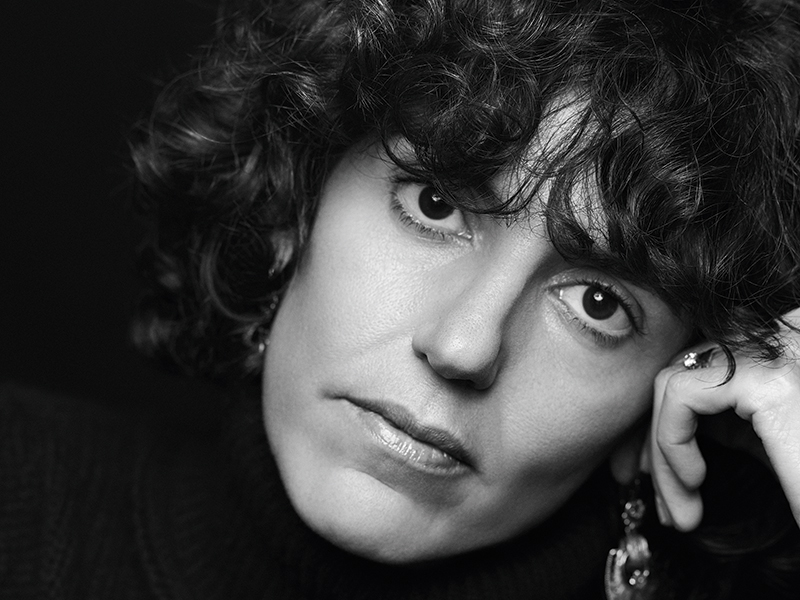 Bellettini has overseen a radical rebranding, overhauling the company from within Image: Nico
Profiles

During tumultuous economic periods, purse strings are naturally tightened and non-essential purchases are forgone, including luxuries. Over the last few years, this has hit high-end brands hard.

But in spite of this natural reaction, one brand has defied the trend. Since 2012, Saint Laurent Paris, formerly known as Yves Saint Laurent, has boasted double-digit year-on-year growth. In fact, the Parisian fashion house is doing so well it has become the fastest growing major brand in the competitive luxury fashion space.

The company’s enviable performance can, in large extent, be attributed to a drastic and unexpected rebranding. And though former Creative Director Hedi Slimane was very much a driving force for this transition, it was CEO Francesca Bellettini who ensured the success of such a risky strategy, while also overseeing a radical overhaul of the company from within. Indeed, Bellettini’s commitment to a balanced approach has made Saint Laurent the star of parent company Kering’s vast portfolio of luxury brands.

Sexy concepts
In the summer of 2013, Slimane announced his bold decision to rename a fashion house that had been a fixture of the luxury scene for over half a century. The news sent shockwaves through the industry, with many interpreting the change as a sign of disrespect to the company’s founder and namesake. Indeed, such a drastic identity change is usually a big ‘no’ for established brands, but the audacious move came as part of a shake-up intended to give the brand some much-needed clarity.

“What was missing from Saint Laurent in 2012 was not the business or the foundation, but the fashion authority and the clarity of the brand. A brand without clarity, at the end of the day, becomes just a commodity”, said Bellettini at the Financial Times Business of Luxury conference in 2016.

What was missing from Saint Laurent in 2012 was not the business or the foundation, but the fashion authority and the clarity of the brand

“The biggest move to bring clarity back was changing the brand name. Not everybody understood, because we are not very talkative; the more you explain, the less sexy a concept becomes.” The change to Saint Laurent also reflected a decisive shift towards modernity, helping the brand reach young people who do not share the same connection to the original name as older generations.

“Fashion has never been so competitive. It’s no longer about brand loyalty so much as in being at the forefront of people’s minds”, said Gail McInnes, fashion industry expert and CEO of Stylist Box. “The name Yves Saint Laurent is iconic within the fashion realm, and the client base is loyal, but having to stay relevant and to attract the next generation of customers is why the rebranding was so drastic and became so controversial.

“It became modern and sleek, with an homage to the brand’s history, while elevating it from the image Yves Saint Laurent called to mind at the time – it made everyone have an opinion. It was brilliant from a marketing standpoint. It got everyone talking about Saint Laurent again, and also increased brand awareness with a younger audience – those future loyal customers – the key to brand longevity.”

As well as it eventually turned out for the brand, at the time few could have predicted the success Saint Laurent would enjoy as a result of the overhaul. “It was drastic”, said McInnes. “Some mourned the YSL moniker, while others embraced the freshness of the new name and new look. The rebranding brought with it a more refined, heightened sense of elegance and luxury, reaffirming Saint Laurent as one of the world’s preeminent luxury fashion brands.”

Inside out
Not long after the name change, the company continued its transformation by appointing Bellettini as its new CEO, replacing Paul Deneuve, who changed industries to work under Apple CEO Tim Cook. Bellettini’s first major decision as CEO was to give Slimane more autonomy in deciding the label’s creative direction – a move that would firmly establish Saint Laurent as a refreshed brand, while also marking Bellettini’s preference for allowing people the freedom to do what they do best.

Many observers credit Slimane for Saint Laurent’s recent success. Such praise is undoubtedly due, but Bellettini’s work behind the scenes has been just as instrumental. Her major renovation of the company’s organisation not only consolidated the brand’s new image, but also allowed Saint Laurent to reach a whole new audience.

At the forefront of this strategy is balance. “Saint Laurent is never too skewed vis-à-vis anything – vis-à-vis a product category, vis-à-vis a channel – because we really believe in balance. It’s part of the DNA of the brand”, Bellettini told Business of Fashion (BoF) in an April 2016 interview. “We are the only French couture house to be relevant in both menswear and womenswear”.

Indeed, this focus on gender parity has been a key element of the brand since the very start, with Saint Laurent himself believing men and women should wear the same clothes.

Today, the collections may not be identical, but the fact equal importance is placed on menswear and womenswear is something quite uncommon in the world of high fashion. It is Bellettini’s commitment to balance in this regard, as much as the brand’s DNA, that has pushed Saint Laurent to excel in both collections, achieving double-digit growth in a sluggish market.

Bellettini has achieved this global reach through a keen focus on developing local markets. Specifically, by handing greater autonomy and authority to local market chiefs, the brand has been able to connect far better with audiences in each region. This, Bellettini maintains, also translates to improved business from travellers – a key strategy given the huge potential of travel retail.

“Nowadays, I see that the consumer approaches Saint Laurent from every product category depending on what they want”, said Bellettini to BoF. “Why? Because in each and every one of them, we offer a balanced collection, from entry level to higher price points, and from different occasions and views. You need to take a position sometimes, and you also need to give consumers things they don’t even know that they want.”

Enduring look
Part of establishing Saint Laurent’s new image has been a focus on permanent collections. This business model is something Bellettini argues helps the brand to get back to its core essence as a fashion house. “Mr Saint Laurent himself said in the 70s: ‘Why should we change a product when it’s already perfect?’ So, those people who were criticising the fact that some of our products were recurring and that we had a permanent collection probably didn’t remember that it was actually part of the DNA of the brand”, Bellettini told BoF.

Saint Laurent wanted to be a billion-dollar company. Bellettini took it to that level within a three-year period

Indeed, Bellettini believes having a permanent collection is vital in ensuring brand awareness and recruiting customers, particularly given around 70 percent of customers each year are new. “You need to be careful of not entering into this stress and anxiety of having to change and having to do everything new, every season, because half of the people haven’t even had the time to look at it and to experience it. It’s a cascade. First it’s for the people of the industry and then it’s for the people that look at the industry. For me, this is a balance between creativity, merchandising and business”, added Bellettini.

“It’s one thing to have a strong brand and brand messaging, but that is lost within itself if it isn’t carried throughout every level of the business”, McInnes explained. “Saint Laurent Paris is consistent throughout, from manufacturing to customer service, with every employee at every level aware of the brand identity and carrying on their jobs with a full understanding of the story they are telling.”

Continuity candidate
In early 2016, Slimane shocked the fashion world by announcing his decision to leave Saint Laurent, in spite of the success and influence he enjoyed in his role. In his place, Bellettini appointed Anthony Vaccarello, a young designer who had previously been successful at Versus Versace. Such was Slimane’s influence that many industry analysts predicted his departure would lead to a reversal of Saint Laurent’s recent growth.

The reality, however, has proven to be very different. Under Bellettini’s leadership and Vaccarello’s creative guidance, Saint Laurent has continued its unprecedented rise. Parent company Kering’s 2016 results, for example, revealed the brand’s comparable revenue surged by an astonishing 33.9 percent across all product categories and geographic regions.

“Bellettini is the kind of person who is goal driven and focusing on pushing forward towards that goal”, said McInnes. “Saint Laurent wanted to be a billion-dollar company. She took it to that level within a three-year period.”

With the brand’s new direction firmly established, Bellettini is now focused on the future. She is resolved to stay true to the brand’s DNA while pushing to capture new customers and enter new markets. This is made possible through a leadership style that is confident, but trusting. “She has that rare leadership quality which allows her team members to do the work they were hired to do with little or no interference. That, to me, has been what makes her such a wonderful CEO, especially in a creative field like fashion”, said McInnes.

Indeed, it is this quality, together with a deep understanding of the importance of balance in all aspects of business, that has propelled Saint Laurent to remarkable heights in today’s turbulent economic landscape. Certainly, Bellettini deserves to be recognised as one of the most influential leaders in fashion today.