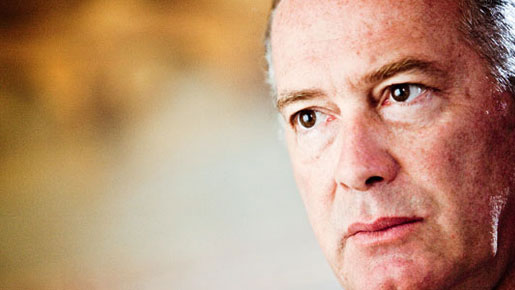 The Chief Executive of Bulgari, Francesco Trapani, thought differently. A direct descendant of Greek-born founder Sotirio Bulgari, heís been steeped in the industry all his working life and he immediately began to batten down the hatches of the Rome-based, publicly listed company with its legendary stable of jewellery, watches, perfumes, accessories and hotels.

Trapani took over the family firm in 1984, exactly a century after it was first established, and has seen slumps come and go. He immediately cut advertising and promotional costs. The group’s debt was reduced and a fully-subscribed loan floated on the Luxembourg markets. As the recession deepened and sales declined, he slowed the group’s expansion by delaying the roll-out of the new, wholly-owned stores dotted around the plum retail areas of the world’s cities.

But what he didnít do was anything that threatened the integrity of the Bulgari brand that has been nurtured over 126 years. Trapani stood by the brandís stakeholders – its buyers as well as retail partners – and continued to invest steadily in the creative side of the business.

As he told shareholders in the middle of the crisis: “Differently from what some important competitors have done, Bulgari has not reduced its selling prices and has not changed its discount policy with the final client and the trade. [This was] in order to protect the brand in the long term.”

In short, very much aware that the luxury trade has long memories, the Bulgari boss held his nerve as others were losing theirs. As analysts point out, nothing destroys a prestige brand faster than discounting because it undermines the value of goods in the hands of the buyer as well as in the showroom.

As the slump lifts – and Bulgari’s profits with it – Trapanis steady hand has been vindicated by the group’s performance. “The results are in line with our forecasts”, he was able to tell shareholders in July as sales rebounded by over eight percent to 443m euro in the first half of this year and the firm edged back into the black after an uncharacteristic splash of red ink in 2009. “They confirm the validity of the strategies we adopted.” Astonishingly, sales shot up by 52 percent in the US, a graveyard for luxury brands last year, and became Bulgari’s best-performing market.

As the custodian of one of Italy’s and the world’s best-known luxury ranges, Trapani is a man who takes long-term strategic planning very seriously indeed. As his record shows, he likes to think ahead, ten years ahead in fact. When he assumed the mantle in 1984, hand-picked by his grandparents Paolo and Nicola Bulgari who kicked themselves upstairs to head the board, his brief was to diversify the group away from reliance on the jewellery on which it had been founded and convert it into a full-fledged luxury goods brand with a much broader array of products.

Pressure for the change came not just from the grandparents but from the trade, which needed a fuller portfolio to display in the windows and glass cases. Thereafter, forward planning became part of Bulgariís DNA.

The first non-jewellery product was a line of fragrances, followed over the years by watches and accessories such as bags. And in 2001, following the example of Versace, Trapani leveraged the brand into hotels when he formed a joint venture with Marriott International to unveil a luxury brand named Bulgari Hotels and Resorts. The first hotel opened in Milan in 2004 and the second in Bali in 2006.

In the same vein, Bulgari has also put its name over two restaurant bars, both in Tokyo, where diners can hire private rooms. The diversification strategy paid off handsomely. Between 1997 and 2003, revenue grew 150 percent. Along the way, in 1995, Trapani managed the listing of the revitalised company on the Borsa Italiana, although the family retain some 51 percent of the shares as well as full management control.

Thus the firm was, if not exactly shock-proofed, certainly in better shape to face the slump when it came. Although sales slumped last year by 15 percent at comparable exchange rates, its core product of jewellery held up remarkably well while sales of watches, which are vulnerable to holiday traffic, fell by nearly 11 percent. The broader portfolio developed over the previous decade has certainly proved its worth sales of fragrances rose by nearly 14 percent.
Although Bulgari’s products are, in common with most luxury goods, highly durable with classic designs, the business itself is in constant ferment. Take watches, now one of the firmís most promising products. Typically, the reconstruction of the timepiece division started a decade ago when, in 2000, Trapani decided to move decisively upmarket into haute horlogerie (high-end watchmaking) with mechanical rather than quartz-based movements.

“We had to rethink the structure of our collections. Clients’ tastes and expectations are evolving,” Trapani told Europa Star magazine earlier this year. “We have gradually cleaned out the models in our entry-level assortment.”

As of this year, Bulgari’s watches will be fashioned in-house by highly skilled, artisan watch-makers and the range has been streamlined to showcase the brand. “Our goal is to have a much more marked presence in the domain of haute horlogerie,” he explains. “More globally, our product strategy is based on two categories: Sophisticated men’s watches equipped with complicated movements; and collections intended for our feminine clientele, emphasising how precious the pieces are.” In earlier days when customers were less discerning, Bulgari’s women’s time pieces were largely smaller versions of the male line.

The point is, as Trapani explains, this has been a ten-year process because the re-positioning of a luxury brand with its loyal and discerning clientele must be done sensitively lest it alienates them.

Essentially, it was all about vertical integration. Bulgari took in-house artisanal companies with which it had a long association such as Finger, which made watch cases, dials (Cadrans), bracelets (Prestige d’or) and the exquisitely complicated mechanical movements (Roth & Genta). All this had to be done while still preserving each companyís specialist skills.

The strategy was more about preserving intellectual property than squeezing costs out of the business. As he explains: “The essential for us, through these successive acquisitions, resides in the mastery of watch-making savoir-faire in the domain of cases rather than in needing to have 100 percent vertical integration down to the last screw.”

At the same time the transformation of the business had to be done sensitively, without compromising the look which clients have come to expect. “Bulgari is not returning to classicism or making a break with our own designs,” Trapani explains. “We remain what we are, Bulgari, with our own style and – if I may say so – a style that is unlike any other. We are lucky, given the richness of our history and the strength of our brand, to be able to remain ourselves without giving in to the stylistic trends of the moment.”

The fruits of ten years of labour will show up in late 2010 when three lines of time pieces – Bulgari, Bulgari Roth and Bulgari Genta – appear in the windows of Bulgari’s 283 boutiques worldwide, of which 169 are directly owned.

While reconfiguring the watch division, Trapani has not neglected the rest of the diversification strategy. Later this year, the firm launches a broader range of bags including the MAN brand in a campaign which he continued to develop during the slump.

The current outlook for the luxury industry as a whole is much rosier than it was a year ago but not without its stormclouds. At a recent luxury summit in Paris conducted by Reuters, Trapani feared the effects of coming EU-wide austerity measures. He expects higher taxes to lead to a general belt-tightening, which would hurt European sales which account for about a quarter of global revenue.

But don’t expect Bulgari to drop its prices. Its boss is already thinking ten years ahead.