Marco Bizzarri is dragging Gucci into the digital future

Marco Bizzarri is writing a new chapter at Gucci, where he has set about freeing the brand from its adherence to tradition 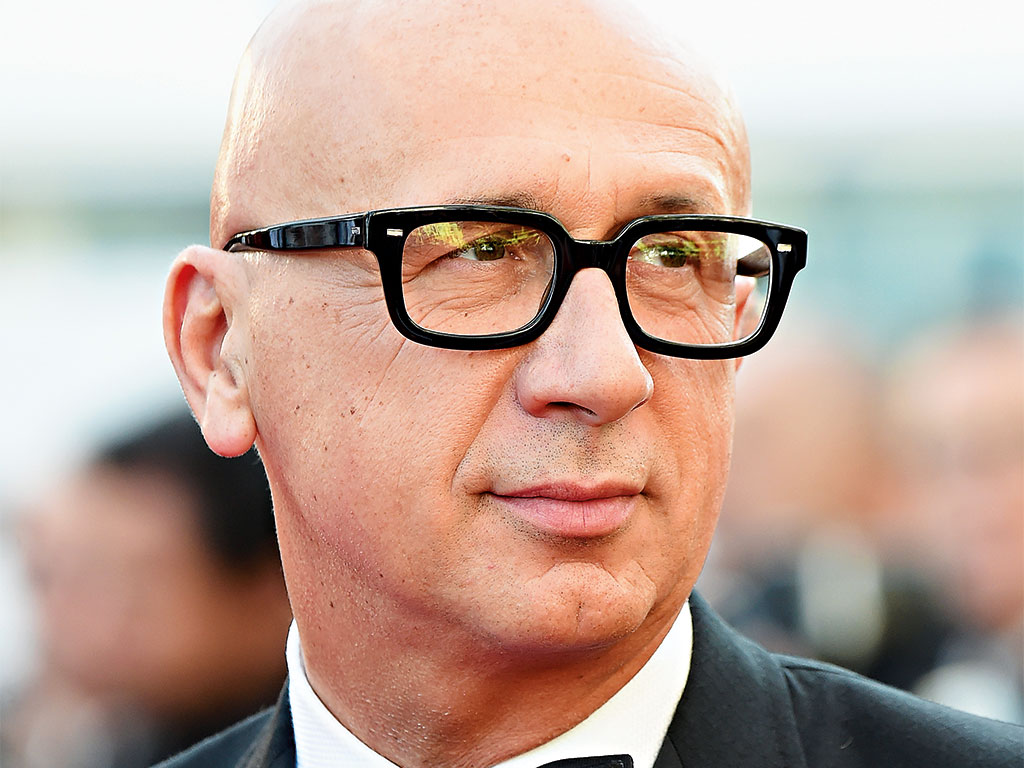 Marco Bizzarri, industry darling and long-time servant to French luxury giant Kering, took the reins at Gucci last year, where he was charged with handling a slowdown in Chinese sales and manoeuvring the company through an uneasy digital transition. After two straight years of declining sales, his appointment had analysts frothing at the mouth for what a transformation could bring to a brand so indebted to its heritage. Now, almost two years later, Gucci’s revenue is about to top the €4bn mark, and Bizzarri’s work should serve as an example to others of how to overcome the challenges dogging the luxury industry.

As the brand’s revival begins to take shape, Gucci and other big names in the business are starting to shake a deep-rooted nostalgic sentimentality and embrace the new. As much as Gucci’s bullishness is at odds with a slowdown in luxury spending, there are universal lessons to be learned here about the value of fresh ideas in revitalising a sector wedded to heritage. Economic pressures have called for a more unconventional approach, and while the majority of businesses have been slow to embrace a digital-first marketplace, it appears change is finally afoot.

Bob Shullman, CEO and founder of the luxury-focused Shullman Research Centre, pointed out recently that luxury brands are very much “control orientated”. The majority, he said, “want to control their distribution channels, both physically and in their marketing and advertising”, with many loath to sell items outside brick-and-mortar stores. Historically, the feeling among high-end brands is that e-commerce is not a suitably luxurious experience, and big names have resisted the inevitable rise of digital with some fervour.

Household names like Céline and Dior are continuing to hold out on e-commerce, and Chanel has only this year started selling its wares online – albeit in a very limited capacity. It’s a reluctance that has served fashion houses well in the past, particularly in 2013, when Chanel posted profits far ahead of its competitors, yet there’s very little place for it today. Under Bizzarri’s watch, Gucci’s shackles in this department have been released.

Strong reputation
According to the website Business of Fashion: “[Bizzarri is] tall, genial and highly respected throughout the industry, as both a manager of talent and an astute business brain.” Having joined Gucci’s parent company back in 2005, first as CEO of Stella McCartney and later as CEO of Bottega Veneta, his role at Gucci was the logical next rung on the ladder. Accounting for more than a third of Kering’s revenue, there’s hardly a bigger job than Bizzarri’s at the group.

When the majority of those in his position were nervous about the perceived effects of a slowdown in China and the migration of consumers from the high street to the internet, Bizzarri was busy turning Bottega Veneta into a billion-euro brand. Joining the leather goods brand in 2008, when demand for its woven bags was skyrocketing, he was right to identify the importance of diversification. By adding more shoes and clothes to the portfolio, he and Creative Director Tomas Maier added a welcome splash of colour to proceedings. In the space of five years, revenue at the brand more than doubled, tipping the $1.1bn mark.

Rather than pander to a shift in shopping habits, Bizzarri chose instead to focus on what attracted shoppers to his brand, as opposed to any other. “The market is approaching maturity”, he said in a 2014 interview with the Financial Times. “When you reach maturity, consumers stop buying everything. As far as Bottega is concerned, we don’t see any slowdown. I will continue to grow double digit in China. Many brands are complaining because they were used to selling everything. But that was [always] going to change.”

Kering will be hoping this same confidence applies at Gucci, where he has been tasked with staving off the same problems, albeit on a much grander scale. Again, a slowdown in China has luxury brands searching for their next growth opportunity, and a perceived incompatibility with online sales has the sector concerned about its future in a digital marketplace.

The $1trn-plus market for luxury products is losing momentum, and a loss of appetite in emerging markets is weighing on sales. A Bain & Co study put growth last year at around five percent, though sales are expected to grow by a single percentage point this year. Claudia D’Arpizio, a Milan-based Bain partner and lead author of the study, made the point that this new, low-growth environment looks like it’s here to stay for the long term. “The challenge for luxury brands in this environment is how to successfully navigate through hard-to-predict volatility”, she said. As much is evidenced by a string of profit warnings and less-than-impressive results in the last year, and Bizzarri’s Gucci must take care that it does what it can to negotiate a minefield of a marketplace.

Gucci revolution
Following its heyday in the 90s, when the brand was under the creative direction of the now-legendary Tom Ford, Gucci’s reputation has, in the 21st century, taken a knock. Despite a 17 percent surge back in 2010, sales started a downward spiral in 2013, mostly as a consequence of the brand’s over-reliance on low-end bags and accessories, and an outright refusal to revamp its image. In retrospect, Gucci’s faith in its brand image was misplaced, and, as a consequence, the double-G marque is without the appeal it had towards the latter part of the 20th century.

Bizzarri’s first steps were to appoint Alessandro Michele as Creative Director, slash the number of products on store shelves, and implement an overhaul of everything from shoes to store signs. Not all were convinced by his methods. Michele’s appointment, in particular, raised a few eyebrows, and confidence in his ability to undo the work of his predecessor Frida Giannini, who faced the chop alongside Gucci’s former CEO Patrizio di Marco in December, was low. All this changed in February, when Michele’s collection at Milan Fashion Week was greeted with rave reviews, his red leather skirts and pussy-bow blouses suitably different from anything that had come before. Faith in Bizzarri, who not only knew the brand but harboured ambitions to thrust its tiring image into the modern era, was well placed, it suddenly seemed.

A true turnaround began in the second month of Bizzarri’s second year, when Kering’s fourth-quarter revenue growth beat analyst expectations, and the parent company’s sales climbed a respectable eight percent. Buoyed by Michele’s new designs and a vision that, in years past, appeared to be lacking, sales at Gucci rose an impressive 4.8 percent over the quarter.

Almost two years into the executive’s tenure, the fruits of his labour are beginning to show. Revenue this year is expected to tip the €4bn mark, spearheaded mostly by new designs and the brand’s ability to win favourable press coverage. And Gucci’s stock among luxury consumers, it seems, is at a new high. “It is the only brand that has people in the shops”, said Bizzarri in a recent interview with Bloomberg. “Today, if you want to grow you need to steal market share. The only way is through creativity.”

As important as Bizzarri’s changes have been in reigniting the aspirational appeal of the brand, efforts to get people into stores are as much to do with Gucci’s online strategy as anything else. Plans to refit all 522 of Gucci’s stores are well known, with Bizzarri not in any way shy about talking them up, and yet the brand’s fortified digital strategy has passed under the radar.

Driving digital
While the majority of big names in luxury fashion have been slow to embrace the digital age, customers have not. In fact, luxury shoppers are among the most connected of any segment, and the introduction of Millennials to the mix has made this all the more apparent.

“While the luxury brands have been slow to embrace the internet, that definitely has not been the case for their customers”, said Pam Danziger, President of Unity Marketing and author of Putting the Luxe Back in Luxury. “Affluent shoppers have absolutely no hesitation to use every resource available to them to get what they want, and if it’s luxury brands online, they will find a way.”

After a slow start, Gucci has finally embraced the transition to the point where the brand today ranks among the sector’s best in terms of digital competence. As much as Gucci’s over-reliance on lower-end goods eroded its market share, the focus lent itself well to online sales. While overall sales slipped, Gucci took the opportunity to build a solid base on which to expand its e-commerce presence.

Where once consumers were reluctant to purchase luxury goods online, the sector expanded at more than four times the rate of in-store sales from 2009 to 2014. And while offline sales still account for the majority of the industry’s revenue, the expectation holds that e-commerce is effectively the sector’s third-largest market, after China and the US. Today, the almost 100-year-old brand has not only adapted to a new digital landscape, but has done so while maintaining its brand identity.

In recent years, Gucci has torn itself away from a dependence on offline and print initiatives, and its marketing now spans an array of platforms, both offline and online. The key to the approach is that it is omnichannel, and for as long as its material on mobile and online platforms evokes the same lifestyle as in-store branding, there’s no reason it should detract in any way from the luxury experience. Going further, Gucci’s strategy is evidence that a consistent point of view across multiple channels need not come at the expense of the brand, but can actually enhance consumers’ understanding of its aesthetic and narrative.

That said, Gucci’s proficiencies online are not the single most important reason the brand has come back from the brink, but rather a valuable piece of the puzzle in reminding shoppers of its reputation; its digital strategy complements the transition already set in motion by Bizzarri. Together with the brand’s new signature look and changed management structure, this marks the beginning of a new chapter.

Expectations for Gucci, not to mention Bizzarri himself, are high, though analysts would be wise to temper their optimism amid what looks to be a sluggish period. As much as Gucci harbours ambitions to lift revenue to €6bn, a slowdown in Asia-Pacific means anything other than marginal gains are unlikely. While luxury is set for a few years in the shade, Bizzarri has proven already there are few others as well equipped to lead the brand on to bigger and better things.