Poland: the most passionate heart in Europe

Emerging as a great destination has taken time for Poland, but it's now firmly establishing itself as the country to see in Europe 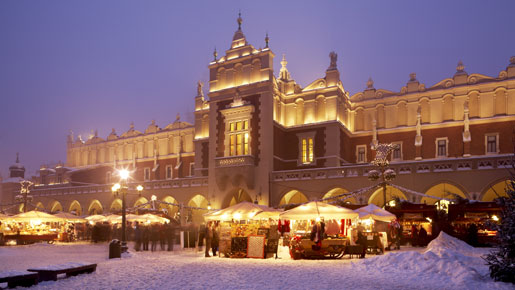 The meeting industry is one of the most important categories of tourism in general. For the last ten years, this particular branch of tourism evoked interest of ever increasing numbers of business people. Conventions, congresses, conferences and incentive trips finally found their place in Poland too. In a country where organizers have access to the sea, mountains, lake districts, historical palaces and castles, and to the places where history is waiting to be grasped, there were no other options but to invest this knowledge to create companies which can sell all these locations to people from all around the world.

In the year 2000, some of the Polish city councils decided to invest money in creating convention bureaus, which are now responsible for marketing the destinations as well as promoting the history, culture and traditions of particular cities. In the year 2007, seven city convention bureaus have been active members of the local meeting industry community. Meetings, conferences, exhibitions and events are more and more important for Poland and the Polish tourism sector. Practically all of the interesting districts in Poland have bureaus which can help international meeting planners to find appropriate suppliers. Warszawa, Kraków, Gdańsk, Wrocław, Poznań, Bydgoszcz and Toruń are the places where you can find a local partner using support CVBs. In addition to that fact, the Convention Bureau of Poland, which is a part of the Polish Tourist Organisation, is responsible for promoting our country as a whole. Poland, with its many attractions, has many connections with its neighbours. Apart from Bydgoszcz – the city of sport events, Toruń – the birthplace of Nikolas Copernicus, as well as, had previously been recognized as one of the most important academic cities, and last but not least, Poznań – home to the largest convention centre in Poland which prides itself in hosting The Poznań International Fair and also, the place where over 2000 meetings and conferences of different sizes are organized annually.

Poland is a country of mixed cultures and quite various attractions. Beginning in the North, with almost half a million residents, Gdańsk conurbation is a major economic, cultural and tourist centre situated on the Polish coast. For years, this capital city of Pomerania has also been a popular venue for international meetings of policy makers, business people, scientists and artists – an initiator of many important undertakings and momentous events.

The birthplace of the new Eastern Europe, with the organized strikes by the Lenin shipyard workers and the foundation of the very first free labour movement “Solidarity”, led by Lech Walesa, is also a city full of experience and is richly embedded in culture and history. Thanks to the original town plans from 1343, the Poles have recreated the original Hanseatic architecture down to the finest detail after the World War II. The town centre has three quarters, and once inside the town walls, you will find some of North Europe’s most charming streets. What is truly worth seeing is the large Gothic St. Mary’s church from 1502 which can house 25,000 people.

Gdańsk, also called the City of Freedom, is known as the cradle of Solidarity where the tourist season continues throughout the year. The city rings with the multilingual hubbub of tourists from all over the world. In addition to that, Gdańsk is and has always been a port town closely related to the sea. To this day, yachts from all over the world sail into the heart of the Old Town to moor at its floating marina. During countless regattas, dragon boat races and sailing ship meetings, which take place on the Motława River, Gdańk blossoms with white sails and reverberates with songs of the sea.

Warsaw is a city that surprises in a positive manner. Whether you come to Warsaw for a business trip, a conference or as a tourist, you will undeniably not be bored. Everyone can find something suited to oneself, no matter what their interests are. Warsaw is sincerely worth getting to know and falling in love with.

Poland, now a new member of the European Union, has one of the EU’s fastest-growing economies, and the city bustles with energy of change.

Warsaw – the passionate heart of Europe is a city full of extremes – old and new. Historical buildings stand next to communistic and very modern made of glass and steel. After your first stroll, you will see that Warsaw looks sure to become one of Europe’s most eclectic and interesting cities.

However, being at Europe’s crossroads has not always been an advantage. Warsaw has often paid a heavy price for its location. Its reasons for being a great city are also what caused it to be completely destroyed in the recent past.

The post-war reconstruction of the Old Town, unprecedented on a European scale, gained the appreciation of UNESCO. In 1980, the whole city-centre complex was included on the World Cultural and Natural Heritage List.

Warsaw’s most beautiful historic buildings lie along the historical Royal Route: tenement houses, palaces, churches, and monuments as well as the seats of state authorities and schools of higher education.

If you believe that a good method to getting to know a place is by eating its food and regional dishes, then you cannot make a better choice than by dining in Warsaw. It has many restaurants, and besides delicious Polish cuisine, you will also find numerous places serving international food.

If you are looking for a more spiritual experience, then you will not be disappointed. In Warsaw, there are many museums, art galleries, theatres and cinemas waiting for you. Warsaw also hosts many renowned worldwide events and music festivals, ranging from classical to jazz and hip-hop.

Greenery takes up 21 percent of the city’s area. The most attractive of these are the Royal Palace-and-Garden complexes of Łazienki and Wilanów.

You can also spend time in one of the city’s shopping malls, though we doubt that you will have time to visit each and every one.

Anyone is capable of fall in love with Warsaw. One visit is not enough, and the majority of tourists are enthusiastic about returning to enjoy the experience once more.

Kraków – the city which has Neoclassicism, Renaissance, Gothic, Baroque and La Belle Époque architecture and design, all in wonderfully surprising harmony. It is also not surprising that Kraków was one of the very first cities to be inscribed on UNESCO’s list of the world’s most important cultural heritage.

The main meeting place in Kraków is the Rynek Główny market square – one of the largest in Europe and encircled by cafes, pubs, restaurants and historical buildings. Europe’s oldest department store is the centrepiece to the square – Sukiennice, where you can buy anything your heart desires to bring home as a souvenir from Poland.

Kraków is the former capital of Poland and the city with the old Jewish quarter – Kazimierz, which has remained unchanged since World War II.

As a city with excellent conditions to organize incentive travels, Kraków is the night life capital of Poland. Apart from having a world of choice in international cuisines, you can also dance while listening to a variety of music because Kraków never sleeps.

Wrocław – the meeting place of Poland is the capital of the Lower Silesian Region and one of the leading meeting places in Europe. The multicultural richness of history of the city and its essence is like a bridge, which links generations of different cultures. The atmosphere of Wrocław is that of modern metropolis with historic roots, rich in cultural and academic life.

Moreover, Wrocław is close to two national borders: one with the Czech Republic and the other, with Germany. The city is located only 350 km from Berlin, 280 km from Prague, 390 km from Vienna and 340 km from Warsaw, which makes it an ideal meeting place on the international, domestic and local level.

Easy access to all parts of the region is enjoyed not only by investors, but also by tourists, who choose to visit Wroclaw and its picturesque surroundings with increasing frequency.

Poland, with the biggest natural forest in Europe – Bialowieza National Park, Tatra mountains which are part of the Karpaty Mountains and many historical, medieval castles and beautiful palaces is a place where you can spend your time in numerous different ways. Skiing during winter and playing golf in the summer are just examples. Horse riding and fishing are only weekend activities which are popular and often offered by meeting organizers.

Poland is also a host country of EURO 2012 and the candidate to organize EXPO exhibition in the year 2012.

Polish airports have connections with more than thirty countries, operated by 25 airlines, among them British Airways, SAS, Air France and Lufthansa. Poland also has direct intercontinental flight connections with the USA, Canada, Israel and Thailand.

That is why this is the place which you have to visit.