Value for money is on the agenda

Scotland is a small country with a big personality. And increasingly meetings and events buyers are spotting that there's not just quality, but also excellent value for money to be gained by considering Scotland as a first-class destination 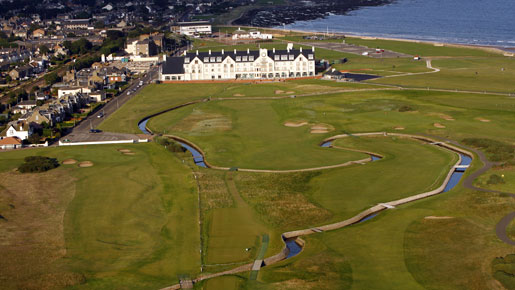 Undoubtedly the strength of the euro has a part to play in terms of giving Scotland the competitive edge. Equally, research from VisitBritain has highlighted that Edinburgh and Glasgow are both in the top three most price-competitive European destinations for professional association conferences. Add that to the fact that a recent customer satisfaction survey carried out by VisitScotland’s Business Tourism Unit (BTU) demonstrated 93 percent of respondents reported that they were satisfied – with a stunning 81 percent going further to say they were very satisfied – and it is clear that this country is well placed to provide an excellent return on investment.

Amanda Henderson, Marketing Manager Europe, of VisitScotland’s Business Tourism Unit, comments: “There is no question that the recent global credit crunch has had an impact on the level of international meetings and incentives being booked. Businesses are naturally more cost-conscious, looking for more for their money and wary of being viewed as profligate. This is where Scotland can be a viable solution as the country retains a perception of being ‘exotic’ but not excessive.”

All of this is extremely good news for the Scottish economy which is boosted by an annual contribution of £723m from business tourism, equivalent to 18 percent of total tourism income. In 2008, 2.3 million business trips were made to Scotland, with spend per night by business visitors being on average 1.6 times higher then that of leisure visitors.

Scotland hosts over 300 association conferences a year – almost one a day – which proves that the infrastructure is there to cope with large events. A massive amount of investment is continually being made to ensure that conference centres, events venues, hotels are completely up to date and can meet the needs of businesses and organisations. New hotels and venues are coming on stream all the time boosting available accommodation and providing new facilities.

To give an idea of the scale of the country’s capabilities, just a few of the major events which were hosted in Scotland in 2009 included: the Forbes European CEO Conference at the Gleneagles Hotel; Offshore Europe in Aberdeen; the British Open Golf at Turnberry; and the G20 Summit at Fairmont St Andrews.

The BTU is putting considerable effort into providing strategic direction in the marketing of Scotland as a destination, building a brand and ensuring Scotland has a competitive edge against the worldwide competition. Throughout the country new initiatives, such as that offered by Glasgow’s flagship Scottish Exhibition + Conference Centre (SECC) where US and European clients are offered the opportunity to trade in their own currency to eliminate their potential exposure to currency fluctuations, are being designed with international trade in mind.

Collaboration is key and the BTU works with partners throughout the country, sharing best practice, providing joint marketing opportunities and promoting new initiatives. The combined efforts of the whole sector result in millions of pounds worth of income and ensure that Scotland continues to punch above its weight in the world conference market.