In July, Publicis and Omnicom announced they were merging to form the biggest ad agency in history. As the deal progresses, it’s becoming difficult to tell whether the merger is in everyone’s best interests 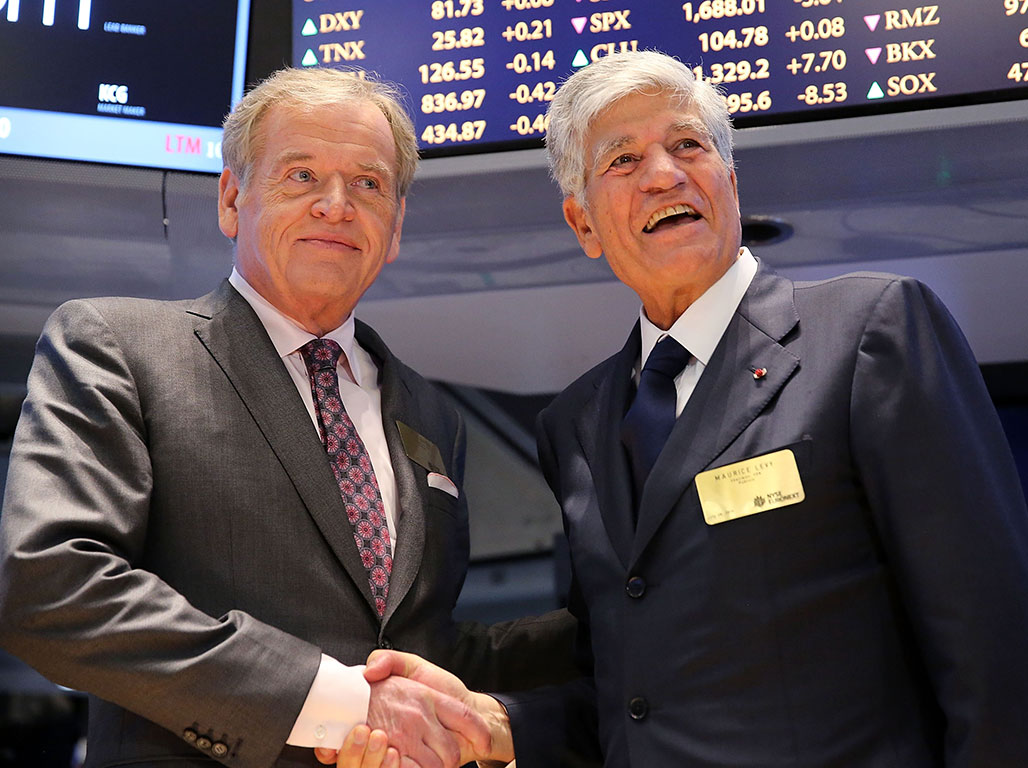 The entire communications world has been thrown into disarray. That doesn’t bode well for anyone, considering the industry itself is clouded in uncertainty at the best of times. Yet the $35bn merger of marketing giants Publicis and Omnicom, announced on July 28, has elevated that uncertainty to untested levels. Publicis CEO Maurice Levy and Omnicom boss John Wren maintain that, under one huge banner, the combined girth of this new agency will allow for “a different level of conversation” with digital titans such as Google and Facebook – the likes of which many believe hold the key to the future of advertising.

Whether their dreams of digital dominance will come to fruition remains to be seen. In the interim, Wren and Levy have unleashed a massive migraine upon the global communications sector.

The problems start with competition. As one agency, the Publicis Omnicom Group will now be able to spend around $100bn a year in marketing for its clients – meaning it commands 20 percent of the entire global media business. Publicis Omnicom will dominate the sector with a staff of 130,000 and a portfolio that will include advertising industry giants such as BBDO and Saatchi & Saatchi. Yet because the two CEOs have scooped up so many ad agencies, this merger means a huge conflict of interests from a regulatory point of view. Assuming the merger goes through, Wren and Levy will now be simultaneously representing Apple, Samsung, McDonald’s, Wendy’s, Coca-Cola and PepsiCo. To loyal shoppers, that may seem somewhat immoral. In increasingly cut-throat retail markets, brands desperately need to differentiate themselves from the competition in order to thrive. Having one colossal company produce ads for two arch-rivals is therefore bound to be uncomfortable. Maurice Levy has casually dismissed the argument.

He continues to point out the fact that current industry leader WPP already works for competing brands, simultaneously representing Colgate-Palmolive, Unilever, Procter & Gamble, Kimberly-Clark and Estée Lauder. Yet even if safeguards are set in place to ensure no conflicts of interest, it still remains to be seen whether clients will want to continue their involvement with a too-big-to-fail ad agency.

Clash of the titans
Last year, consultancy firm Avidan Strategies produced a survey of 1,900 advertising clients that suggested very few actually believe the holding companies of global giants like Publicis or WPP provide any value for money. Around 73 percent of the panel said they thought smaller agencies were far more creative, while 85 percent of clients said giant advertising firms were hindered by internal territorial disputes. Consequently, the client lists of many industry giants have been rapidly declining. Ad agencies across the board have seen a 51 percent drop in their client roster over the past several years. With that in mind, it’s hardly surprising Publicis and Omnicom perceive there to be strength in numbers. Yet this alleged necessity to create bigger and bigger firms appears to directly contradict what clients want to see.

According to Sir Martin Sorrell, the CEO of current industry leader WPP, the year’s biggest M&A deal may backfire for a number of other reasons too. “It’s an extremely bold, brave and surprising move,” he says. “It’s a great deal for Publicis, being a nil premium merger, and Maurice is to be congratulated. It does result in lower fast-growth market and lower digital proportions. Time will tell if the cultures will click and whether clients and talent benefit – and how $500m of synergies will be generated without job cuts. Co-CEOs is not an easy structure.”

Sorrell isn’t the first to cast doubt over the corporate governance of this proposed mega giant. Wren and Levy have already sculpted out the terms for the management of Publicis Omnicom, with the two sharing the burden as co-CEOs for 30 months. Then current Omnicom boss Wren will continue on as the supergroup’s sole executive, assuming the two boards are able to defeat a potential culture clash. Shareholders on both sides of the pond are already up in arms over the leadership arrangements. The day after the merger was announced, lawsuits started to spring up everywhere. Paul Ansfeild, an Omnicom shareholder in New York, sued the American group, saying: “Omnicom stockholders are being forced to give up much more for their portion of the combined company than Publicis is giving up for their portion of the combined company.”

A merger of equals
The company’s CEOs paint a different narrative. From day one, both leaders have argued the deal is a “merger of equals”, and is a necessity to combat an evolving digital marketing sector.

“The communication and marketing landscape has undergone dramatic changes in recent years including the exponential development of new media giants, the explosion of big data, blurring of the roles of all players and profound changes in consumer behaviour,” Levy said. “This evolution has created both great challenges and tremendous opportunities for clients.”

Digital advertising has given traditional firms a genuine run for their money. For that reason, several industry analysts have been quite gung-ho to give a pat on the back to the lawyers who orchestrated the Publicis Omnicom deal. Even WPP’s Martin Sorrell has conceded this is the way the industry needs to turn.

“Further consolidation in our industry was inevitable as we have said on many occasions,” he said. “An equilibrium may be starting to be established, which will generate further significant opportunities for WPP organically.”

Big vs bespoke
The full terms of the deal won’t be finalised until the first quarter of 2014; however, competition regulators in the US, France and China have yet to express any hesitancy to let the merger go ahead as planned. Historically, communications mergers of this magnitude merit some form of international investigation. WPP has been investigated by the European Commission twice in the last eight years over $1bn-plus acquisitions that the EU thought may unfairly alter the makeup of its media markets. Yet on both occasions the commission allowed the deals to go ahead as planned. Although the merger between Publicis and Omnicom is around thirty times larger than those deals, it’s hard to say whether the deal is fundamentally different. As a supergroup, Publicis Omnicom is a fundamental self-contradiction – striking a deal that will probably lose clients in search of a more bespoke marketing campaign, as well as bring in new digital clients to compete with internet giants like Google. Sure, there are plenty of hurdles left for Wren and Levy to clear before their titanic firm can launch its maiden voyage. Yet in turn, the deal should thrust the industry forward as a whole, helping boost profits at small boutique firms and conglomerate holding companies alike. That is, if the two CEOs can make peace with their ever-growing list of angry shareholders and frustrated clients.