Brexit is scary, but there’s money to be made for those who face the fear

Though it threw markets into turmoil, firms and investors willing to ride out the Brexit panic found the challenges hid a range of lucrative opportunities 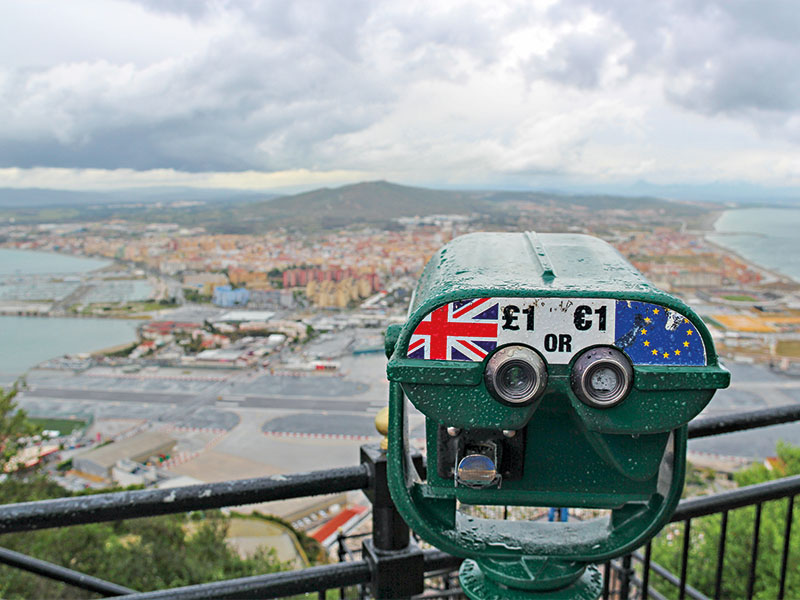 Brexit has scared many businesses away from the UK, but there's money to be made for those brave enough to stay in the market
Finance

The global economy is paying close attention to negotiations between the UK and the EU for a new relationship as the two parties navigate the unknown path to Brexit. Fears this move would immediately destabilise the UK economy and bring a lasting recession could be unfounded, however.

In the wake of this historical political event, OctaFX, the market-leading ECN/STP broker known for offering the lowest spreads in the forex industry, is maintaining an ironically British stance with its decision to keep calm and carry on, despite daily evidence of the instability that has promised to ensue as a result of the UK referendum.

As the global political environment fluctuates and continues to shock, the industry is seeing remarkably predictable behaviour. In the wake of the vote, players big and small rushed to reassure clients they would provide a safe and stable environment whichever way the market moved. This message has been echoed in each corner of the financial sector: times are tough, but we’ll get through them together.

Stay the course
OctaFX recognises the political and economic uncertainty in the UK, and has no doubt there is plenty more to come throughout the next two years and beyond. But the company also firmly believes that unlimited opportunities will present themselves during this period of uncertainty and change. The only guarantee is two more years of announcements, two years of debates in Parliament, regulation, and commentary from European governments. The rest is yet to fully reveal itself.

Fleeing London as a financial centre has become the latest trend. In January, it was reported HSBC and UBS will look to move around a fifth of their current London operations out of the UK in preparation for the anticipated disruption caused by the country’s exit from the EU. Meanwhile, Goldman Sachs considered moving half its workforce to New York and continental Europe, particularly Frankfurt. It remains a hot topic, as employees contemplate warmer climes and more stable systems, but they could be fleeing in the wrong direction.

Financial services in the UK will always need to be compliant with EU regulation, but Brexit could in fact empower London as the strongest financial capital in the world

Financial services in the UK will always need to be compliant with EU regulation, but Brexit could in fact empower London as the strongest financial capital in the world without the bureaucracy of the EU standing in the way. UK authorities will be free to implement their own financial policies, which could start to attract higher investment and decrease taxes.

Whatever the outcome, OctaFX shares the same belief: living and operating in these times is a good thing, and the team of international talent will face the challenges that will undoubtedly cause markets to fluctuate head-on. Brexit presents a risk, but where there is risk there is also opportunity.

Many events have shaken the industry in recent years, from the January 2015 Swiss franc collapse to the 2016 Turkish coup attempt, and each one has given OctaFX the chance to demonstrate its resilience during periods of political and economic volatility. As with every market crash, after Brexit things really took off for those clients who were brave enough to ignore the common belief.

Positive negatives
OctaFX is in the middle of an exciting period of growth, having celebrated its fifth anniversary earlier this year, as well as five consecutive years of growth. A major milestone, most would agree.

Providing personalised forex brokerage services to customers in over 100 countries worldwide, and known for offering the lowest spreads in the industry, OctaFX underpins its operating model with the belief transparency creates a better trading environment, and the company’s 2016 Q4 results confirmed customers are experiencing higher confidence levels and trading more frequently and for longer periods with OctaFX than ever before. The broker is continuously developing, testing and improving to deliver a top notch customer experience, new services, and attractive promotions designed to nurture an increasingly loyal customer base.

Since the very beginning, OctaFX has offered negative balance protection, a factor that recently made headlines as brokers were urged to implement this policy before summer 2017, when it’s set to become the industry standard. Put simply, negative balance protection means that, whatever happens, traders can’t lose more than they’ve initially invested. Other brokers must be regulated to enforce this type of client protection, something OctaFX has always considered critical to providing a service traders can trust.

After careful consideration, OctaFX made the decision earlier this year to focus on pan-European licensing based out of Cyprus, and will utilise the reputation of the Cyprus Securities and Exchange Commission (CYSEC) as a solid EU regulatory authority to maintain and guarantee passporting within the EU. Operating under CYSEC regulation will enable OctaFX clients to benefit from the security offered by the firm’s investor compensation fund and robust complaints and resolutions procedures.

Temporary retreat
OctaFX is extremely pleased to be able to offer its growing number of loyal customers the transparency and trust expected of a regulated broker under CYSEC licensing. The company is also capitalising on the wealth of vibrant forex industry talent residing in Cyprus as it continues to establish a strong operation there. OctaFX promises to continue to closely monitor what happens within the UK over the next two years and, subject to the outcome of Brexit, will decide whether to return to local licensing with the UK Financial Conduct Authority.

The broker prides itself on offering the most robust and affordable trading conditions on the market. OctaFX does not charge trading commissions at all, enabling clients to keep trading costs low. Most other brokers charging commissions immediately increase the cost of trading by up to 300 percent.

OctaFX was thrilled to be named Most Transparent Broker 2016 by European CEO, reaffirming its industry-leading trading conditions, transparency and customer service. OctaFX promotes and delivers on transparency across the board, providing a comprehensive set of educational tools to enable all types of traders to get the most out of their trading experience, irrespective of whether they are beginners or advanced traders.

OctaFX advises consumers to be aware of potential hidden costs and make savvy choices when it comes to choosing a broker. The company has spent years minimising trading costs and developing the most lucrative and affordable service. More and more people are switching to trade with OctaFX as the broker embraces a new chapter for the EU, for the forex market and for business. Brexit will continue to drive change and expansion for OctaFX, and that’s no bad thing. It’s clear the company is thriving in a volatile market, and, remarkably, offering clients one of the most reliable services out there – one of the key differentiators traders are looking for in a crowded and competitive arena.