European Central Bank struggles to bring its numbers to heel

Europe has been struggling to meet its inflation target for some time. While this hasn’t had an adverse effect on the bloc’s economy, the European Central Bank’s credibility could be at stake 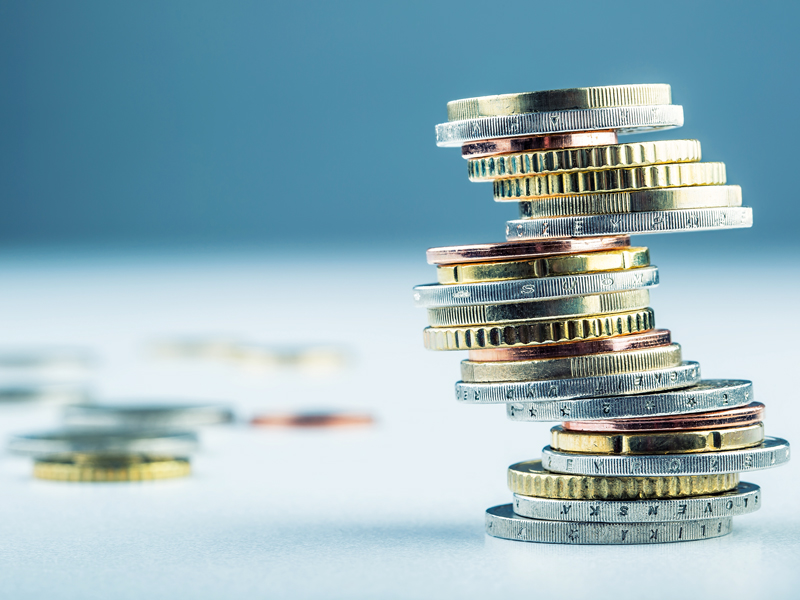 The ECB has highlighted the threat of a eurozone downturn, or even a mild recession, as an argument for using all available policy instruments to make its stance more expansionary
Featured

Economic policy discussions in Europe used to be dominated by the number three – namely, the three percent of GDP upper limit on national fiscal deficits. Although the fiscal rules enshrined in the Maastricht Treaty were in fact much more complex, public debate tended to focus on the three percent figure, especially when deficits ballooned during the euro crisis nearly a decade ago.

Today, however, the number two holds sway over economic policymakers, in the form of the European Central Bank’s (ECB’s) two percent inflation target. Although the Treaty on the Functioning of the European Union does not define price stability, the ECB, whose sole official task is to ensure price stability in the eurozone, itself decided some years ago that it means inflation “below, but close to, two percent” over the medium term.

The ECB regards this goal as sacrosanct, but it has not been able to achieve its target in a long time. That hardly makes it unique: inflation has remained stubbornly below two percent in most advanced economies for almost a decade. Moreover, the persistence of below-target inflation does not seem to have had adverse economic consequences. Eurozone employment has been steadily increasing, and unemployment has fallen to record lows. But the ECB fears that its credibility is at stake, and regards abandoning its inflation target as out of the question.

With inflation stuck at around one percent, the ECB has increasingly called on national governments in the eurozone to do their part by loosening fiscal policy

Doing its part
The ECB has highlighted the looming threat of a eurozone downturn, or even a mild recession, as a further argument for using all available policy instruments to make its stance even more expansionary. This view appears reasonable at first, but given that the ECB should look only at medium-term price stability, not at the business cycle, the imminent risk of a downturn is not an argument for loosening monetary policy – especially in view of the fact that the business cycle no longer seems to have an impact on prices.

With inflation stuck at around one percent and no prospect of it reaching “close to” two percent any time soon, the ECB has increasingly called on national governments in the eurozone to do their part by loosening fiscal policy. This is somewhat surprising, because the Maastricht Treaty assigns the responsibility for ensuring price stability to monetary, not fiscal, policy. Calling for higher deficits is also difficult to understand in light of the continued strength of the eurozone’s labour market. Moreover, although ECB officials are usually careful to add that any fiscal expansion should be within the rules of the Stability and Growth Pact, they implicitly seem to encourage policymakers to set aside those constraints.

Redressing the balance
In fact, the idea that the ECB’s two percent inflation target supersedes all other rules seems to be gaining ground. For example, most eurozone member states have constitutionalised budget rules in accordance with the so-called ‘fiscal compact’, which prescribes a cyclically adjusted deficit of not more than 0.5 percent of GDP. But the average cyclically adjusted deficit across the eurozone is now about one percent of GDP, implying that member states overall are already not observing the compact. Any increase in the average budget deficit would thus imply an even more serious violation of the existing fiscal rules.

True, Germany is currently running a budget surplus even on a cyclically adjusted basis, and would therefore have room for fiscal expansion under the compact. But most other large eurozone member states already have deficits well in excess of 0.5 percent of GDP. Correcting these imbalances to comply with the compact would more than offset any expansion that Germany might still undertake within those rules.

Hidden problems
The logic behind the argument that achieving the inflation target overrides all else is simple: low inflation can indicate the presence of some (possibly hidden) economic slack. Policymakers can then use this logic to justify expansionary fiscal and monetary policies even when growth is satisfactory and unemployment is falling.

But the argument is rather weak, because the relationship between economic slack (including unemployment) and inflation has broken down almost everywhere in recent years. True, increasingly sophisticated econometric analysis, which incorporates other variables such as inflation expectations, seems to confirm that the Phillips curve still works – that is, that unemployment or other forms of economic slack have some downward impact on wages and inflation. The ECB has been very active in pursuit of this dynamic. But the relationship is less simple than before, making it harder to justify the argument that policymakers should have their foot on the accelerator just because inflation is below two percent.

However, the expansionist view is gaining traction. In particular, it jibes with the widespread feeling, especially in Europe, that after years of perceived austerity, governments have finally found a reason to spend more. Central bankers second this argument. They may not say so publicly, but – by calling for more active fiscal policy – they are implicitly admitting their inability to reach their own inflation targets.

In the longer term, this policy drift will increase levels of public debt. And although ultra-low interest rates are likely to make this sustainable for some time, history suggests that high debt levels lead to a financial crisis sooner or later. It remains to be seen whether this time really is different.