Is it time for the ECB to introduce a quantitative easing programme? 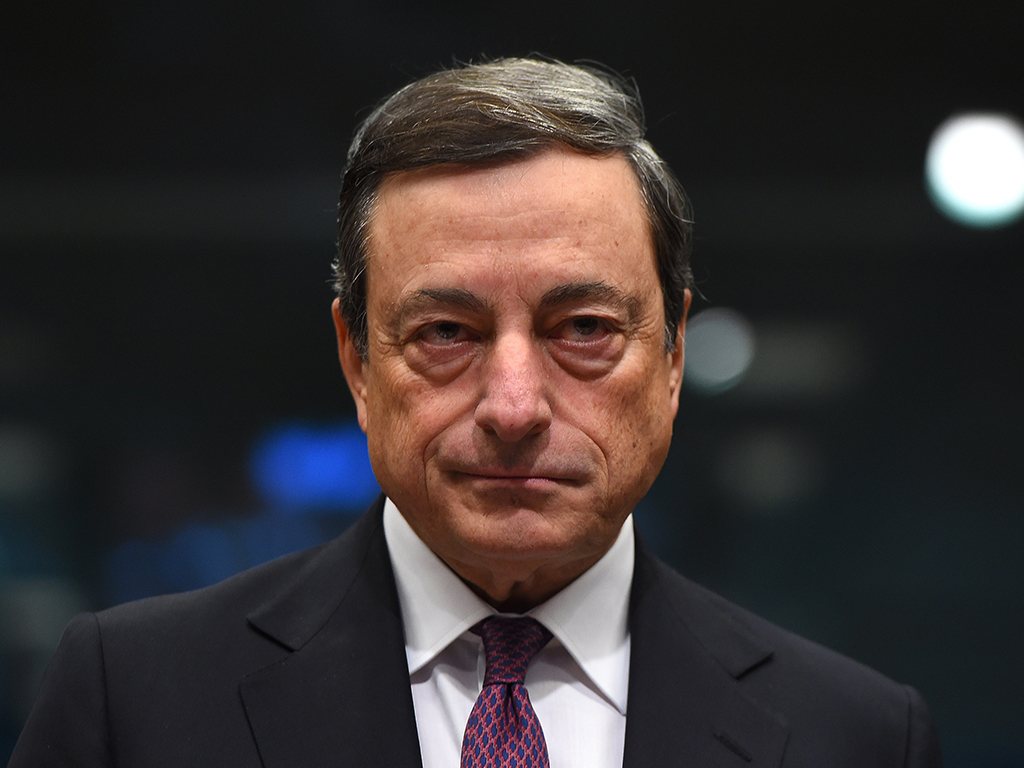 As the Eurozone faces intense pressure as oil prices dip, the ECB is rapidly gaining support for a proposed quantitative easing programme - advocated by its President Mario Draghi
Finance

“It is necessary to avoid the risk, which is very high today, of falling into the dangerous trap of deflation,” said Italy’s Economy Minister Pier Carlo Padoan in an interview with La Stampa on December 13. What once struck fear into the hearts of European austerians has won the support of millions across the continent for whom deflation is an immediate threat. And where once the question was whether or not the ECB will introduce QE or not, the question today is whether the programme will come sooner rather than later.

One survey carried out by Bloomberg in December showed that 90 percent of respondents were united in the opinion that the bank would introduce some form of QE in 2015, up from 57 percent the month previous. And with slumping oil prices adding to the deflationary pressures already facing those in Europe, it’s only a matter of time before the ECB is forced into taking swift and radical action.

In France, core inflation has tumbled into the red for the first time since records began, and although the euro zone as a whole has steered clear of the same fate, regional inflation is rooted firmly in the “danger zone”. Add to that the fact that for three years now euro area inflation has been on a downward trajectory, and it’s clear that – whilst only a minority believe deflation will take hold – the ECB must take action to overturn the slide.

Even still, although an ECB-led bond-buying programme looks like a shoo-in for early 2015, it’s not as simple a fix as many of its proponents would have you believe.

Proposals to introduce a QE-style programme into the mix have been met with criticism by key industry names, who maintain the merits of such a system are untested in an economy like Europe’s. “A consideration of the costs and benefits, and the opportunities and risks, of a broad purchase programme of government bonds does not give a positive outcome,” said Sabine Lautenschlaeger, ECB board member and former Bundesbank vice-president in Berlin.

However, chief among the concerns shared by critics is not uncertainty, but that an expansionary monetary policy might detract European governments from the central task of structural reform. “There are very few shared competencies in fiscal policy. As long as this is the case, the ECB’s purchase of government securities is inevitably linked to a serious incentive problem,” said Lautenschlaeger, whose concerns align with those held by a number of high-standing German officials, not least Bundesbank’s president Jens Weidmann, who insists the focus should fall on reform and not simply monetary policy.

Nonetheless, the plan put forward by Draghi is to tack another €1trn onto the ECB’s balance sheet; yet doing so is not, in and of itself, an answer to the euro area’s inflation woes, and without an accommodating response from the continent’s governments, the package could pile greater pressures on the worst affected nations. Unlike the US, Japan or the UK, the euro zone is not united by any one single market, and the effects of an asset-buying programme on this scale are unknown.

The slow pace at which affected countries have introduced structural reforms means that a QE-style programme is worth a punt, if only to ward off the immediate dangers of low inflation. The criticisms of the policy in the main are justified, though the desperate situation facing Europe today demands that the ECB take swift action to ease credit conditions and boost inflation. Granted, the region’s biggest problems are structural, although its most immediate concern is inflation, or lack thereof, and only by introducing QE can the ECB tackle this issue in the little time it has been granted.

QE, therefore, is not merely a response to deflationary pressures, but a consequence of the euro area’s slow response to the low-inflation environment. Structural reform is preferable to expansionary monetary policy, though the immediacy with which the ECB must now mobilise to tackle inflation means that QE is one of only a limited number of solutions the bank can draw on. True, the exact benefits and repercussions of the system are as yet unknown for an economy like Europe’s, yet there is no other option better suited to tackle the threat of deflation than QE.