The European Central Bank’s quantitative easing programme has come to an end. The policy has earned many detractors, but it has also been fundamentally misunderstood 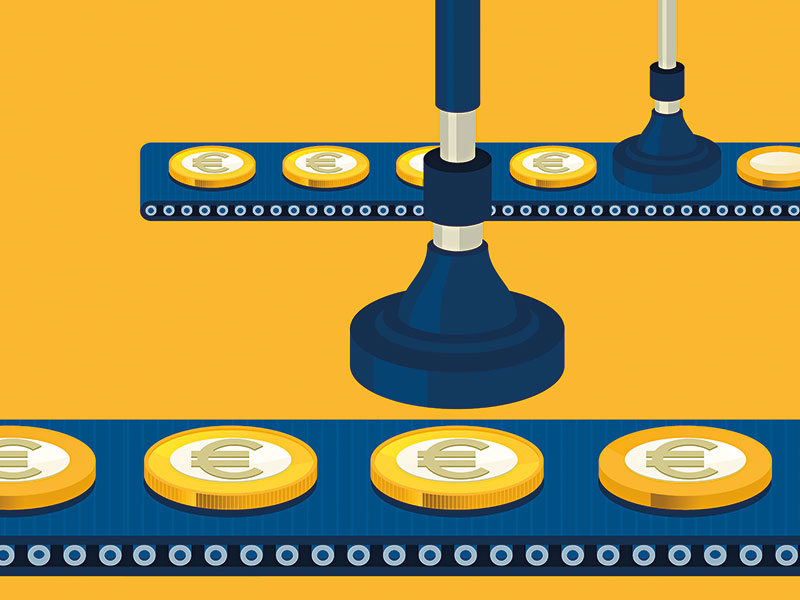 By reducing the cost of bank loans through QE, the ECB encouraged lending to small firms and households across the eurozone
Finance

With the European Central Bank (ECB) having recently ended quantitative easing (QE), this is an appropriate time to reflect on the policy’s impact. Three conclusions seem obvious: the ECB’s asset purchases had important macroeconomic benefits; the political costs of QE were much greater than anyone expected; and the whole episode was truly awful for Deutsche Bundesbank.

By reducing the cost of bank loans through QE, the ECB encouraged lending to small firms and households across the eurozone. That gave an important boost to economic growth, leading to marked falls in unemployment and upward pressures on wage costs. Although headline inflation rose, underlying inflation remains weak, meaning that the ECB must maintain an expansionary monetary policy.

Let’s get fiscal
QE in Europe – and elsewhere over the past decade – has disproved a number of assertions about central bank asset purchases. Chief among these is the oft-repeated claim that large-scale central bank purchases of government bonds invariably result in high inflation. Financial crises lead to a surge in demand for liquidity as financial institutions worry about the solvency of other players. Central banks can and should satisfy that demand by expanding their balance sheets, because not doing so can lead to a collapse in the money stock and a deep recession, as the US Federal Reserve
demonstrated in the early 1930s.

While QE has been effective and its legality is not in doubt, the ECB’s policies have triggered a huge political backlash by making almost all assets more expensive

Nor are such asset purchases illegal, as some insisted. The ECB, like the Fed and the Bank of Japan (BOJ), is not allowed to buy government bonds in primary markets. But many central banks have long relied on secondary-market bond purchases as their main means of conducting monetary policy, and in December 2018, the European Court of Justice (ECJ) ruled that such purchases do not violate EU law.

The ECJ also debunked the notion – popular in Germany – that QE is fiscal policy rather than monetary policy, and therefore off-limits for the ECB. But the Maastricht Treaty does not define monetary policy, which appears to be determined instead by what central banks actually do in practice. And here, the Fed, BOJ and many other central banks have all conducted asset purchases in a way similar to the ECB.

Easier said than done
But while QE has been effective and its legality is not in doubt, the ECB’s policies have triggered a huge political backlash by making almost all assets more expensive. At first glance, this might seem counter-intuitive: higher housing prices lead to more building activity, which increases employment; rising share prices boost the economy by shoring up the balance sheets and confidence of firms, households and financial institutions; and lower bond yields, the corollary of rising bond prices, make finance cheaper and more available to companies and households alike.

But the asset price boom also led to eye-popping increases in wealth for the richest few, which inflamed many Europeans who are still facing unemployment and painful austerity after the financial crisis. In addition, the decline in interest rates has provoked widespread protests by savers, particularly in Germany.

This is puzzling, because one would expect savers to be pleased with rising asset prices. But data from the Organisation for Economic Cooperation and Development shows that German savers hold much less of their wealth in equities and much more in life insurance products than their counterparts elsewhere in Europe. As a result, the stock market boom has passed them by and the low-interest-rate environment has hurt their life insurance plans. German savers blame the ECB for their difficulties, but the source of the problem seems to be their peculiar balance sheets.

Economical with the truth
The political backlash was best encapsulated in 2016 by former German Finance Minister Wolfgang Schäuble, who told an audience with reference to the Alternative for Germany party: “I told ECB President Mario Draghi: be very proud, you can attribute 50 percent of the results of a party that seems to be new and successful in Germany to the design of this policy.”

While the economics of QE has been good and the politics bad, the whole episode has been awful for Deutsche Bundesbank. In numerous speeches and interviews, its top brass have insisted that QE is unnecessary and raises obvious inflation risks, only to see inflation undershoot the ECB’s target year after year. Bundesbank officials have also argued that low interest rates will trigger financial instability, although this has not happened yet (and tight monetary policy can pose a similar risk). And they have doubted the legality of some of the ECB’s measures, although none of the legal challenges have been successful.

By sticking to its hardline views – despite being unable to persuade the ECB’s Governing Council to change tack on QE – the Bundesbank manoeuvred itself into a corner and lost influence and standing. That is why the bank’s president, Jens Weidmann, is not seen as the leading candidate to be the next ECB president, despite his otherwise impressive grasp of economics, top-level experience and excellent communication skills. Deutsche Bundesbank, it seems, has been the main loser from QE.