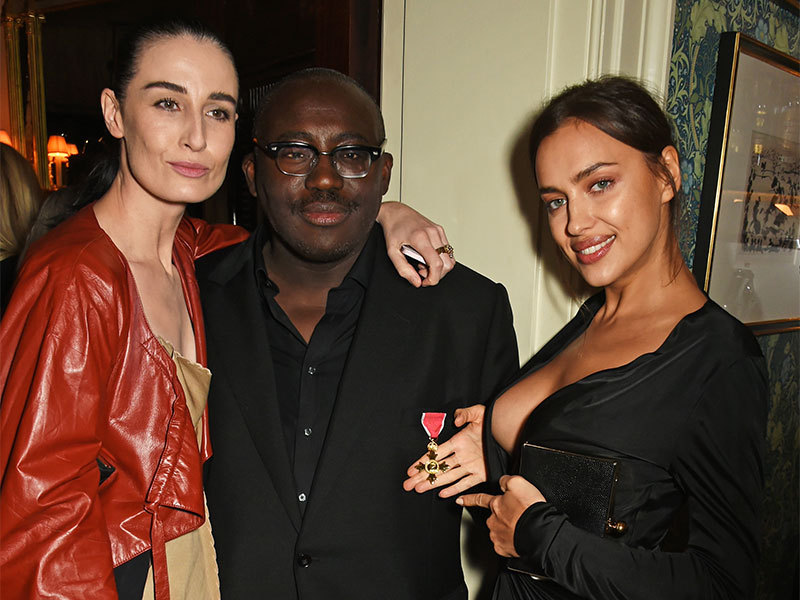 No stranger to attention, Enninful is certain to be able to handle being under the media spotlight in his new role
Lifestyle

On April 10, British Vogue revealed a man will be taking the helm for the first time in the magazine’s 101-year history. Edward Enninful, former editor of New York’s W magazine, will replace Editor-in-Chief Alexandra Shulman, the longest-serving holder of the prestigious post.

Though the move to appoint a man to a traditionally female-held role may seem odd, Ghanaian-born Enninful is extremely well-qualified. He entered the fashion industry at a very young age, making a name for himself as W’s creative and fashion director. Enninful has also been responsible for numerous high-profile shoots, as well as the video I Am an Immigrant which went viral in February. The video featured some of the biggest names in fashion, including Diane von Furstenberg, Adriana Lima and Mario Sorrenti, and was made in response to President Donald Trump’s controversial travel ban.

Jonathan Newhouse, CEO of Vogue parent company Condé Nast International, made the announcement, calling Enninful “an influential figure in the communities of fashion, Hollywood and music, which shape the cultural zeitgeist”. He added: “By virtue of his talent and experience, Edward is supremely prepared to assume the responsibility of British Vogue.”

After emigrating from Africa to London when he was a child, Enninful started his career in fashion when he was scouted on the London Underground aged 16. He was then introduced to i-D magazine off the back of his first fashion shoot, and quickly rose through the ranks to be appointed fashion director of the magazine. At only 19, Enninful became the youngest person to hold that position at an international fashion publication. He stayed in the role for two decades, and then served as a contributing editor for Vogue, before moving on to W in 2011.

Enninful is scheduled to assume his new role as Editor-in-Chief of British Vogue on August 1.