Despite a backdrop of corruption, war and an opposition that holds sway over the media, the National Bank of Ukraine has managed to hold back the fake news tide 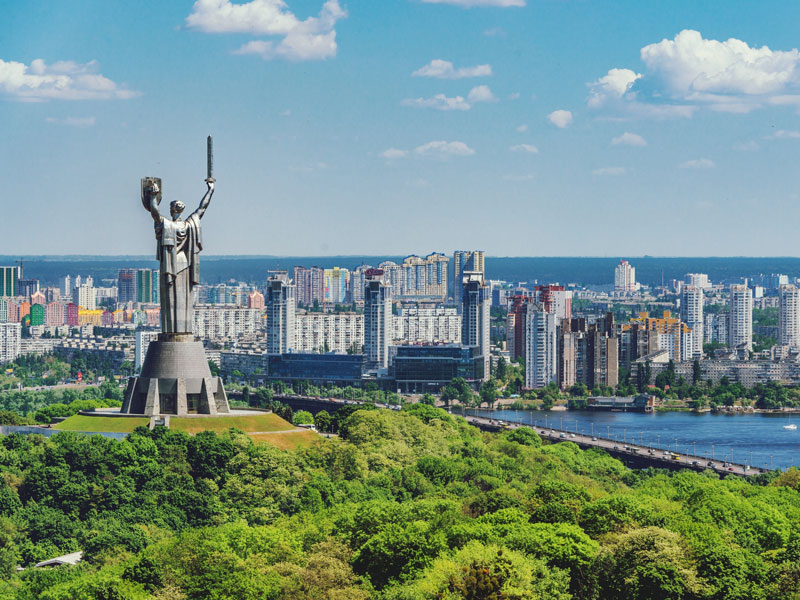 Kiev, Ukraine. The Revolution of Dignity that engulfed the city in 2014 was the catalyst for the widespread reforms that have occurred across the country in subsequent years
Finance

In 2014, a series of violent street protests shook the Ukrainian capital of Kiev following the government’s decision to abandon Ukraine’s EU association agreement. Russia then proceeded to annex Crimea, while fighting broke out in the east. In the midst of this tumult, an election in May of that year saw Petro Poroshenko take the presidential office and a great shift began to take place in the country.

The ‘Revolution of Dignity’, as it later came to be called, resulted in widespread reform for Ukraine. It was time for change. All institutions had to transform to create an administration that the world could have confidence in.

The challenge
This was no easy task for us. Before 2014, the National Bank was a labyrinthine Soviet monster, unfit for the modern world. It had to be transformed into a fit-for-purpose European central bank under new management. Communications was a serious problem. Prior to the Euromaidan (the wave of demonstrations that swept through the country in late-2013), the communications department was a support function for pushing out press releases. A token one or two interviews per year were given by National Bank spokespeople – and those were given to ‘tame’ journalists who would not ask any difficult questions.

No modern institution can operate that way. What’s more, we had to lead by example, defend the country’s financial system and its European future. Old elites were not pleased with reforms that limited their ability to have conveniently opaque pocket banks. The oligarchs that owned banks also owned TV stations, newspapers and websites, and thus we found ourselves in an all-out information war against our country’s richest news influencers. Fake news flourished.

We knew we had to become more open with the people of Ukraine, but we also had to deal with the onslaught of reputational risk. Defamatory social media profiles were cropping up daily, and dangerous fabrications about our leadership were repeated in the media. The National Bank was painted as a corrupt self-serving organisation – all because it had the audacity to clean up Ukraine’s banking sector and bring in European best practice standards.

Transparent precision
Acting quickly to create an efficient and effective communications function that was up to this gargantuan task was our only option. A number of key changes were made in rapid succession. We hired multiple former business journalists, drew up communications protocols, and sought counsel from other central banks and the IMF. Soon enough, good news stories were published to counter lies and clarify information. Crucially, painful reforms removing 92 dysfunctional banks from the market and nationalising the country’s biggest bank did not result in mass panic and economic collapse. This was because people understood the situation and trusted us to do the right thing.

So what worked, and what are the most effective tactics in the information war?

Strange though it may sound coming from a central bank, the key words are ‘client focus’. Our relationships with journalists drastically improved as we took time to really respond to their needs. We answer questions promptly. We satisfy editorial needs for visual content through Flickr, Instagram and Facebook, and we now publish all of the speeches we make verbatim on the National Bank’s website as a safety precaution against manipulation and mistakes. We have opened our physical doors too – our first press conference gathered 100 journalists for an open and honest questions session, and we host regular information days for the media during which we explore some of the more difficult-to-understand aspects of our work.

We were heard by the Ukrainian people because we were not afraid to play by social media rules: appeal to emotion, use humour and release personal information about your leaders when needed. For instance, at one point our governor was accused of wearing a $5,000 diamond-encrusted Cartier watch, which was not listed on her income and assets declaration. We posted a close-up of the watch in question on Facebook instantly, along with consumer advice and a link to the website where anyone could buy themselves a central bank governor watch for about $200.

The National Bank of Ukraine’s communications team now functions as a fully-fledged strategic undertaking. We brief management regularly and push through real change, for instance on the types of statistics that are published. We also help our people avoid knee-jerk reactions and remember the big picture. When faced with vicious personal attacks, it is easy to over-communicate in a bid to justify yourself. Yet, all you are doing is giving more oxygen and credibility to the allegations that would have blown over in a matter of hours. Don’t expect others to stop talking about something if you won’t stop talking about it yourself.

Drawing conclusions
Organisations facing their own misinformation campaigns must invest in their press offices to have the same level of success. With the right team in place, you can correctly assess the scale of the risk you are facing: can this story be easily disproved? Is it likely to peter out quickly? Relationship building is also imperative, not only with journalists, but third-party advocates too. An outsider voice to validate your information is invaluable.

In short, being transparent and honest in your communications is the ultimate weapon in a war against fake news. When data is disclosed, it becomes near-impossible to refute. Use data as your content, and transparency as your tool. Fake news will still be incoming, but a credible and confident organisation can overcome any opponent’s meddling.