For anybody wanting a candid view on the big energy questions of our day, the 58 year-old Chief Executive of France-based Total, the world's fourth-biggest energy company, is probably your best bet 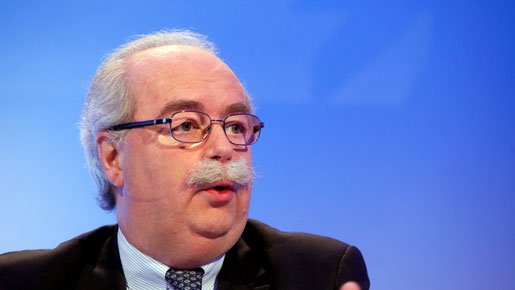 It’s hard not to admire a man who’s prepared to inject some reality into the fraught climate-change debate by insisting “carbon is not our enemy; carbon is life.”

Here’s a few of Christophe de Margerie’s pronouncements over the last few weeks. On the price of oil: At $70-$80 a barrel, it’s far too high – “The price should be lower. Demand is weak.” On last year’s staggering spike in oil prices to $147 a barrel: “It was nonsense. This is what happens when the financial world goes to extremes, driven by leverage.” (By contrast his counterpart at BP, Tony Hayward, suggests it was all down to a mis-match of supply and demand.)

On future requirements for fossil fuels: “Demand in the west won’t get back to the levels applying before the financial crisis but it will continue to grow in the east.”

On the futility of US-inspired attempts to block gas sales to Iran in retaliation for its nuclear programme: “It will never work. If a law tells [Total] to stop selling gas, we will comply.” However he warns that Iran will eventually end up as a major supplier of gas to the west.

And on the oil and gas industry’s finite capacity to supply the world’s ever-growing demands: the required 100 million barrels a day – 20 percent more than today – will be the limit because of the impossibility of tapping the essential reserves. For good measure he’s challenged other oil executives to disprove the theory. And in a warning to politicians, greenies and others who flocked to December’s climate-change summit: “Don’t go to Copenhagen only with your concern about the environment. We also have a concern over energy access. If you take only one, we are dead and we don’t want to die.”

Well, you have to admit people know where they stand with Total’s chief executive of two years. Around Total’s tower block in the La Defense business district of Paris, de Margerie is known as “Big Moustache” for the Hapsburg-like growth he has long cultivated. An unlikely oilman, he’s a member of the legendary family that owns Taittinger champagne but joined Total in 1974 straight after graduating from the prestigious Ecole Superieure de Commerce in Paris. He started in the finance division, an essential staging post for most senior oilmen. Within 13 years he was appointed group treasurer at the young age of 36.

Having made his early career in France, specialising in the notoriously difficult management of budgets for exploration and production projects, he moved offshore in 1990 when he was put in charge of financial operations in the Middle East, one of the energy giant’s most profitable outposts. Within a few years he was promoted to general manager Middle East before moving back to Paris to take charge of the exploration and production after the merger with Elf and Fina. The top job came his way in 2007, just before the industry was hit by the biggest turmoil in a quarter century, and most analysts say he’s hardly put a foot wrong. When oil approached $120 a barrel, his experience in finance told him this couldn’t last and Total used the revenue to reduce debt rather than, as many consultants and fund managers suggested, buy back shares.

The timing was impeccable. “We moved three or four months earlier than we might have,” he recalls. The result is that Total, having paid back $2.7bn in debt, is cash-rich and in a good position to invest in revenue-boosting assets. Indeed the company ended 2008 with a debt to equity ratio of below 23 percent. “So we have a fairly solid financial structure and a stronger balance sheet to weather the crisis,” the CEO told the house magazine earlier this year. Indeed Total will have invested some €14bn [$21bn] over 2009, exactly the same amount it booked in profits the previous year.

Like his rigorously-researched views on other aspects of the fraught energy issues of the day, de Margerie is equally firm about the importance of ensuring stable supplies of energy. He does not, for instance, apologise for telling governments not to plunge into alternative sources of energy at the risk of existing pipelines. As he half-joked recently about the danger of UK and other governments failing to provide adequate financial encouragements to preserve those pipelines, “I hope you have a lot of candles.”

This doesn’t mean he’s cold on on alternative energies. Far from it, Total has hundreds of programmes running on photovoltaic solar power and non-food biomass because the boss believes in them. “Our world has reached the stage where we need to draw on all energy sources if we are to meet demand,” he says. And, candid as ever, he predicts one of those energy sources will be nuclear power, already highly developed in France. Once again, his reasons are based on necessity.

“Nuclear power can be an efficient way to meet increasing demand for electricity while also limiting the negative climate change impact of other sources,” he explains. “I am quite aware that nuclear power involves very demanding precautions as regards industrial safety, security and of course acceptability. But the world cannot do without it.” So saying, Total is involved with fellow-French companies GDF Suez and Areva in a bid for a nuclear power plant in Abu Dhabi.

Total’s straight-shooter is a highly moral oilman with a sense of responsibility for the emerging markets where more and more oil is being discovered. Under de Margerie, Total turned its back on the bad old days of establishing refineries in host countries, pumping out the oil, packing up and leaving. For its projects in Nigeria, for instance, Total hired and trained large numbers of local staff as well as building schools and other community-enhancing projects. “If we want to stay, we must prove to the Nigerian people that our projects can boost their economic and social development,” he says.

After all those years in the oil business, de Margerie clearly doesn’t regret forfeiting a possible career in champagne for one in a liquid you can’t drink. Still fascinated by its challenges, complexities and global scale, the boss of Total says the industry “makes my moustache twitch”.